Politics Insider for January 11: A special Maclean's report on the worsening divisiveness in Canadian politics, and bidding farewell to Scott Brison 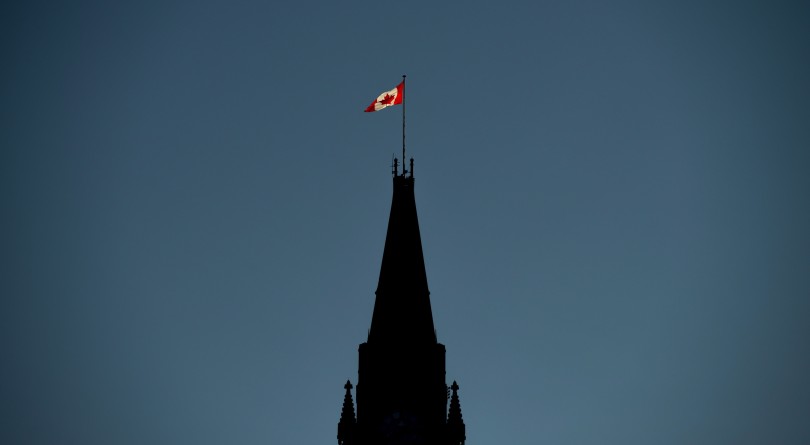 The Canadian Flag is illuminated by morning light atop the Peace Tower on Parliament Hill in Ottawa on Monday, Sept. 17, 2018. Parliamentarians return to the House of Commons today following the summer break. THE CANADIAN PRESS/Sean Kilpatrick

This month Maclean’s explores the growing anger and closed-minded partisanship that is driving the country apart. The print edition features a tumble cover, asking the question “What’s wrong with the left?” on one side, and “What’s wrong with the right?” on the other. Our editorial explains why we’re doing this now. (Maclean’s)

One in four Canadians actually hate their political opponents. That’s the dark finding of an exclusive poll Abacus Data conducted for Maclean’s. (Maclean’s)

So what’s wrong with the right? Shannon Proudfoot examines the “with us or against us” attitude that has come to define Conservative politics in Canada:

The metrics by which Canadian Conservatives judge who is with them or against them have fundamentally shifted. University of Saskatchewan political studies professor David McGrane, drawing on findings of a paper he co-authored called “Moving beyond the urban/rural cleavage,” says the action on the right is on identity issues like immigration, gay rights and environmentalism rather than traditional small-government, low-tax policies. “For Conservative voters, suburbanites and people who live in more rural areas, this idea of being socially progressive and economically conservative doesn’t hold up,” he says. “You’re probably more economically progressive and socially conservative.” (Maclean’s)

Then what’s wrong with the left? John Geddes looks at how the Liberals are losing their hold on the centre, and are increasingly willing to alienate and inflame to maintain support:

Or consider another telling episode: the Liberals’ controversial move last year to require groups applying for federal Canada Summer Jobs (CSJ) funding to attest that they “respect” certain rights, including “reproductive rights. Anti-abortion faith groups, including the major Catholic and evangelical lobbies, howled over being asked by the government about what they do or don’t respect, just to qualify for money to pay students to, say, work at summer camps. … After months of acrimony, the Liberals staged a strategic retreat, adjusting the application for next summer’s CSJ grants to no longer ask about any group’s core convictions, while still making hiring youth for anti-abortion campaigns ineligible. But the summer jobs uproar confirmed the suspicions of some religious groups that the Liberals just don’t respect them at a deep level.

The CSJ issue had real policy implications. But sometimes Canada’s left-right schism—playing out mostly between Liberals and Conservatives just now, with the NDP struggling to elbow its way into the argument—reveals itself with Liberal messages that simply annoy Canadians who don’t self-identify as “progressive.” (Maclean’s)

For more from this special report—including Paul Wells on the history of divisive politics in Canada, Jen Gerson on how to harness the volatility of the populist Right and Andray Domise on the problem with a political left that’s always trying to out-woke itself—go here.

In other Canadian political news…

Scott Brison is leaving federal politics, and that’s set the stage for a cabinet shuffle on Monday. The Nova Scotia MP, who serves as president of the Treasury Board of Canada, said he made the decision to “put my family first.” It’s not a stretch to wonder if the daily barrage of questions he’s faced over his role in the case against Vice-Admiral Mark Norman, who’s accused of leaking cabinet secrets, also fed into his departure. But such conjecture would be “inappropriate,” said Trudeau, while dodging questions about the Brison-Norman connection. (CBC News, Twitter)

Sen. Mike Duffy isn’t giving up his bid to extract $7.8 million in damages from the Senate, the RCMP and the Federal Government over his suspension from the Red Chamber in 2013. Duffy filed an appeal Thursday over an Ontario Court ruling last month that determined the Senate is protected from his lawsuit by parliamentary privilege. Duffy sued the Senate after he was acquitted in 2016 on 31 charges related to his expense claims. (Canadian Press)