Trudeau gives Wilson-Raybould the all clear to talk 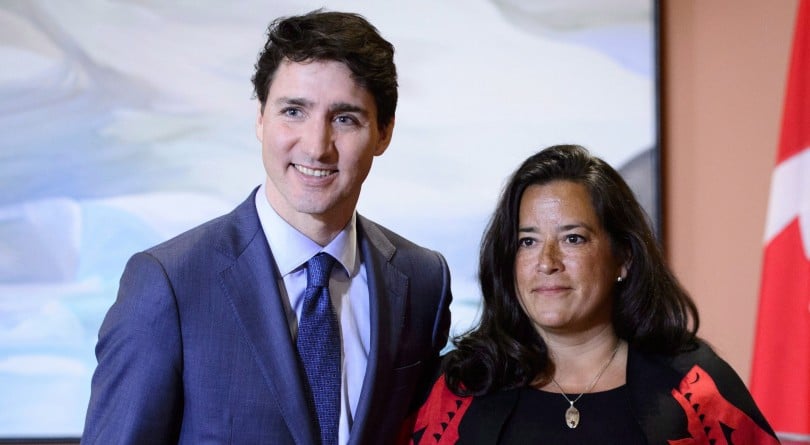 Trudeau and Wilson-Raybould attend a swearing in ceremony at Rideau Hall in Ottawa on Monday, Jan. 14, 2019. (THE CANADIAN PRESS/Sean Kilpatrick)

Please allow us a Mea culpa about yesterday’s edition. We got ahead of ourselves and said former attorney general Jody Wilson-Raybould would begin testifying Monday before the justice committee reviewing the SNC-Lavalin case. Her first appearance is (or was—see below) expected for today, instead. Very sorry about that.

Singh gets his win: NDP leader Jagmeet Singh pulled ahead early in the evening in the Burnaby South byelection and held that lead to the end, clinching 38.5 per cent of the vote. The Liberals came second with 25.8 per cent to the Conservatives’ 22.8 per cent, while the People’s Party took 11.1 per cent. (Results as of midnight ET with 89 per cent of polls reporting.) The win will allow Singh to put some of the questions about his performance as leader behind him as he takes a seat in the House. Meanwhile the Conservatives have got to be hoping the People’s Party just had a fluke of a good night that won’t be replicated across the country come October. (Canadian Press)

Win one, lose one: The NDP lost the byelection in Outremont, Que., the riding previously head by former leader Tom Mulcair, to the Liberals. Meanwhile the Conservatives reclaimed York-Simcoe as expected.

Waiting for Wilson-Raybould: It’s apparent now that Wilson-Raybould won’t be speaking today either. On Monday she sent a letter to the committee stating that, while “anxious” to testify, her testimony might need to be delayed until she and the committee have “as much clarity as we can in relation to the possible constraints on the matters about which I may properly testify. … I would prefer not to schedule my appearance before the Committee until we all have whatever clarity we can have about these issues.” (CBC News)

Those issues are solicitor-client privilege, cabinet confidentiality, and “sub judice,” a parliamentary convention that covers speaking about cases before the courts.

Earlier in the day Prime Minister Justin Trudeau did tell Parliament his government would confirm that Wilson-Raybould “will be able to address relevant matters at the committee while ensuring that the two active court cases are not jeopardized.”

And sure enough on Monday night the Liberals issued an order in council authorizing Wilson-Raybould “and any persons who directly participated in discussions with her relating to the exercise of her authority” to speak to the committee and the federal ethics commissioner. The order waved any solicitor-client privilege that existed and freed her from cabinet confidentiality. However, to safeguard the court case against SNC-Lavalin, Wilson-Raybould is not allowed to testify about anything discussed between her and the Director of Public Prosecutions about the file. (CTV News, Orders in Council)

So the question now is, does that sufficiently meet Wilson-Raybould’s request for an “authoritative statement” before she testifies? When she does speak, it promises to be gripping. In her letter to the committee Wilson-Raybould requested a full 30 minutes to make her opening statement.

The Conservatives tried, and failed, to pass a motion that would have compelled Trudeau to also testify at the justice committee. (CBC News)