United WE stood, divided WE falls

Politics Insider for July 13: Bill Morneau gets dragged into the WE controversy, Ontario enters stage 3 of reopening and Zellers pranks Peter MacKay 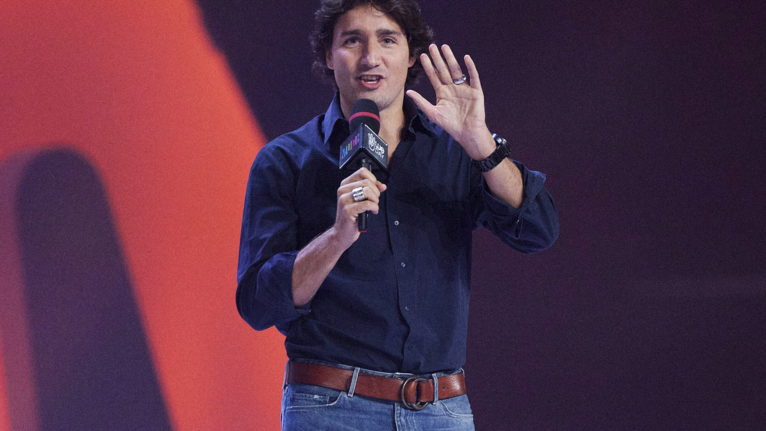 Fallout from the $912-million WE Charity contract continued to snowball over the weekend, after Canadaland discovered that multiple members of the Trudeau family were paid by the conglomeration of WE-affiliated organizations. That includes Justin Trudeau’s mother, Margaret Trudeau ($312,000 for 28 speaking events), and brother Alexandre Trudeau ($40,000 for eight events). Most of the money came from ME to WE Social Enterprise, the organization’s for-profit arm, though some was indeed paid out directly from WE Charity itself, despite WE spokespeople previously claiming they’d never directly paid any Trudeau for their participation in WE events. (In a letter to Canadaland, WE Charity called the direct payments “an error in billing / payment.”)

The whole fiasco not only damaged WE’s brand, but also cost them hundreds of employees. The Star got the scoop that WE ended up firing 450 contract employees after the scandal broke, all of whom were hired specifically to help administer the government’s student grant.

Oh, and it’s not just Trudeau. Apparently Finance Minister Bill Morneau also has two daughters with close ties to the organization—one of them actually works there. Morneau has not recused himself from any cabinet meetings that resulted in the government awarding WE the hefty contract. In light of this new information, the opposition parties are demanding a deeper investigation, saying Morneau’s actions may have been a conflict of interest. Conservative finance critic Pierre Poilievre and deputy critic Michael Cooper have written a letter to Ethics Commissioner Mario Dion requesting he investigate Morneau, and NDP ethics critic Charlie Angus penned a similar request.

Writing in Maclean’s, Andrew MacDougall belives this should be the third strike that calls Trudeau out.

What evidence is there that Trudeau is critical to any of the decisions being taken now to fight the pandemic? And what is the prospect of his headspace being clear enough to take difficult decisions with yet another ethics investigation hanging over him? And where Trudeau might have managed to snow Dion on his investigation into SNC-Lavalin by denying the right of witnesses to give their evidence, he won’t be able to do the same on WE, at least not to the same extent. Brand Trudeau is in for another direct hit.

One step at a time. Ontario Premier Doug Ford will today reveal plans for the province to move into stage 3 of reopening. Similar to its previous reopenings, the government will stagger stage 3 depending on which areas are safer to open up sooner. Some expect indoor restaurants, gyms, movie theatres, casinos and amusement parks to reopen as part of the announcenement.

Heroes, take a bow. Appearing before a parliamentary committee on Friday, senior executives from Loblaw Cos.,  Metro Inc. and Empire Company Ltd., which owns Sobeys, defended their decisions to end “hero pay” wage increases for frontline workers during the early months of the pandemic. The $2-per-hour pay bump lasted from March until June, and was always intended as a temporary measure, the executives said. The parliamentary committee was arranged to question the seemingly coordinated timing of the major supermarkets’ decisions. Monpolistic conspiracies? Who’s ever heard of such a thing in Canada?

Not exactly defunding. Former Liberal public safety minister Ralph Goodale is suggesting that a bill currently sitting in the House of Commons, stalled by the COVID-19 pandemic, could be strengthened further to empower an outside organization to handle complaints lodged against the RCMP. As it stands, the bill would broaden the mandate of the Civilian Review and Complaints Commission, an independent organization that reviews RCMP actions based on civilian complaints, to include the Canada Border Services Agency. But Goodale says the government could use this stall to further enhance it to address concerns of public trust in the national police, like establishing clear deadlines for the RCMP to respond to complaints.

“Historic corruption.” That’s what American Senator Mitt Romney accused Donald Trump of, after Trump commuted the prison sentence of his pal Roger Stone. Stone, a notorious right-wing political operative, was sentenced to 40 months in jail for lying to Congress. Democrats issued similar statements, but it means a little more coming from Romney, a former Republican presidential candidate who’s become an outspoken critic of Trump from within the party.

The fight for social conservatives. Conservative experts say the best chance Erin O’Toole has at winning the federal leadership race is to win over enough social conservatives in the second round to push him ahead of frontrunner Peter MacKay. Because the other two candidates, Leslyn Lewis and Derek Sloan, are both battling for the social conservative vote, O’Toole’s best odds come after they (probably) don’t collect enough votes on the first two ballots.

On that note, Zellers trended briefly on Twitter this weekend, after a parody account called out O’Toole for apparently liking a tweet suggesting defunct brands like Zellers, Sears and Future Shop “deserved to die”. The Zellers parody account then issued a goofy press release calling for all Tory leadership hopefuls to publicly state their support of Zellers. Enter Peter MacKay, who tweeted his support for the brand in apparent earnest. After an onslaught of Twitter critics pointed out that it was a parody account, MacKay vaguely claimed to be in on the joke: “Do people not have a sense of humour on Twitter anymore? Have some fun and enjoy your weekend!”