What does the new Bloc wave really represent?

Stephen Maher: Yves-François Blanchet won support talking not of separatism but of Bill 21—a political issue which may have a simple solution in the end 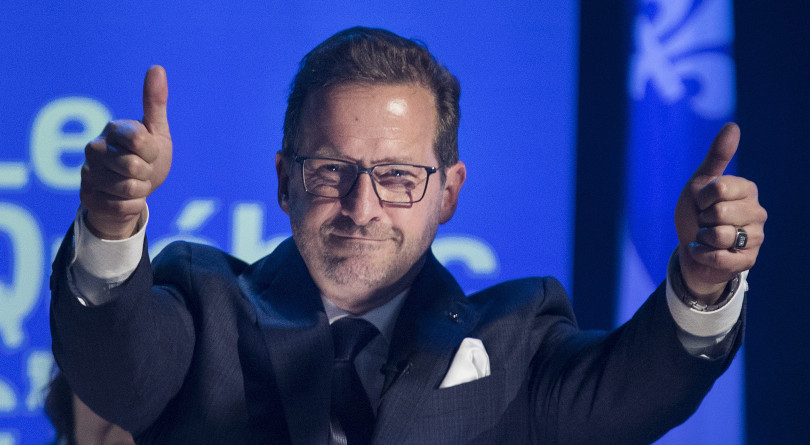 Serge Savard, who played for the Montreal Canadiens for 17 seasons, winning eight Stanley Cups as a player and two more as a general manager, had a friendly chat with Quebec Premier Francois Legault this month, in which both of them agreed that there should be more francophones on the Canadiens bench.

Savard joked at one point that his father used to vote for the Union Nationale.

He was joking, but it’s true.

Coalition Avenir Québec takes up the same space that used to be occupied by Union Nationale, a conservative, nationalist party, a dominant political force in Quebec from 1935 until 1973, when René Lévesque’s sovereignist Parti Quebecois displaced it with the promise of an independent Quebec.

Bloc leader Yves-François Blanchet referenced Lévesque in his post-election speech in Montreal Monday night in front of a small, passionate and not very diverse crowd of sovereignists who interrupted him to chant “we want a country.” But it would be a mistake to think that the Bloc wave of yesterday is the result of a yearning for Quebec, un pays.

The hard core sovereignists—les pur et dur—are tenacious and passionate about their dream but the voters who sent 32 MPs to Ottawa do not appear to have been animated by Levesque’s dream. In the two French-language debates where Blanchet won the support of francophone Quebecers, he spoke not of Levesque but of Legault, and not of separatism but of Bill 21, the law that Legault passed to stop Sikhs, Muslims and Jews from working as teachers, police or lawyers unless they leave their religious headgear at home.

READ MORE: The 338Canada post-election report: We called it

Blanchet is an impressive character, and neither he nor Legault have behaved like demagogues, but the public debate over Bill 21 is undeniably populist. In my opinion, there is no persuasive argument for overriding the religious liberty of individuals in the way Bill 21 does, which is why Legault found it necessary to invoke the notwithstanding clause of the Charter of Rights and Freedoms.

What there is, though, is a political argument for it: Quebecers want this. In the manner of populist nationalism anyplace, this argument gains strength when it is opposed because it allows populists to say: Look! There are those who want to stand in the way of the will of the People! See how they disdain your legitimate desires!

In Tuesday’s Journal de Montreal, columnist Richard Martineau, likely the most important nationalist commentator in Quebec, gave credit for the Bloc victory to “the English-Canadian political-media elite who spent the last few months treating Quebecers as racist, xenophobic and intolerant.”

Martineau and the Bloc made much of a question from Huffington Post’s Althia Raj during the second French language debate, when she referred to Bill 21 as discriminatory. This, Martineau writes, “was the straw that broke the camel’s back.”

All I can say is that the camel must have had a weak back when it arrived. This is the eternal emotional logic of the populist nationalist, and it should be treated with care because trying to extinguish it is like trying to put out a fire by blowing on it. Better to deny it fuel.

Some Toronto-based commentators have chided Justin Trudeau for not speaking out more stridently against Bill 21, but I think he has handled this wisely, failing to rise to the bait of the Bloc in a way that might have helped him with voters in Montreal and Toronto while giving the Bloc more fuel. Trudeau quietly refused to rule out eventually challenging the bill in court, unlike Andrew Scheer, whose did rule it out, and Jagmeet Singh, who first ruled it out and then seemed not to.

I would not judge Scheer harshly, though, because the Quebec voters he was courting, mostly unsuccessfully, thanks in large part to his weak French, were the same white francophones outside Montreal that the more eloquent Blanchet was wooing.

These voters are the baby boomers who sang and wept with Levesque and fumed with Jacques Parizeau. They dreamed for decades of a Quebec libre and now that they are receiving their pension cheques, they have had to put those dreams to rest and have embraced the pre-Levesque nationalism of Legault.

But it is important for Quebec, a distinct society, to do distinct things, to demonstrate to itself and others that it is capable of making decisions and acting on them. Bill 21 has a symbolic value, totally disconnected from any street-level necessity, which is obvious when you consider that the strongest support comes from the areas with the fewest immigrants, not the neighbourhoods of Montreal where francophones live side-by-side with immigrants from Haiti, the Middle East and North Africa.

Martineau has a point, though, when he complains about English Canadians carelessly accusing Quebecers of racism.

Consider the vast northern riding of Abitibi—Baie-James—Nunavik—Eeyou, which last night elected Bloc MP Sylvie Bérubé. From 2011 until last night, the riding was represented by Cree leader Romeo Saganash, who, sadly, did not reoffer this time. The same voters who elected Bérubé used to vote for Saganash. They don’t want to vote for someone who wears a turban.

Parsing this—the distinction between racism and intolerance of religious differences—is work for sociologists, not political journalists, but virtue-signalling English Canadian critics of Quebec nationalism would be wise to keep in mind that it is more complicated that it seems from Queen Street West.

Legault may be walking in the footsteps of Union Nationale leader Maurice Duplessis, but Quebec was vastly transformed by the quiet revolution, and no bill will turn back the clock.

In 1946, Duplessis locked up hundreds of Jehovahs Witnesses, telling the Montreal Gazette, “the communists, Nazis as well as those who are the propagandists for the Witnesses of Jehovah, have been treated and will continue to be treated by the Union Nationale government as they deserve for trying to infiltrate themselves and their seditious ideas in the Province of Quebec.”

There is a vast difference between what Duplessis did and what Legault is doing—denying jobs to hijabis—but in the end, I suspect the result will be the same, and the Supreme Court of Canada will eventually rule that the state cannot roll over the rights of law-abiding individuals because there is the political will to do so.

In the meantime, the Bloc is back, with a clear mandate to stand up for Bill 21.

Martineau sees this as a challenge for Trudeau. “If he contests Bill 21, he will put flame to the powder in Quebec. If he doesn’t contest it, he will never be forgiven by English Canadians. Get the popcorn ready. The fun is about to begin.”

I am afraid Martineau will be disappointed. Trudeau, who needs to worry about Alberta at least as much as Quebec, can say very little about Bill 21 and wait for judges to do his talking for him.

CORRECTION, Oct. 23, 2019: An earlier version of this story incorrectly referred to the Quebec Pension Plan as the CPP.