What our MPs did, before they became MPs, in one chart

Here are the top occupations that MPs held before they were elected to Parliament, all the way back to 1867

Before they were MPs, they were ordinary citizens with ordinary jobs. The Parliament of Canada has compiled a list of those jobs, and it’s possible to find broad occupation categories for every MP in every session of Parliament in Canadian history. Unfortunately, the data do not break down into specific careers, but the historical information is compelling nonetheless. For example, those in primary industries have only more recently begun to take seats in the House, while those in sales and services have decreased sharply in number since their heyday in the 24th Parliament (1958-1962). Below are the four primary occupation categories, and how their representation in Parliament has changed over time. 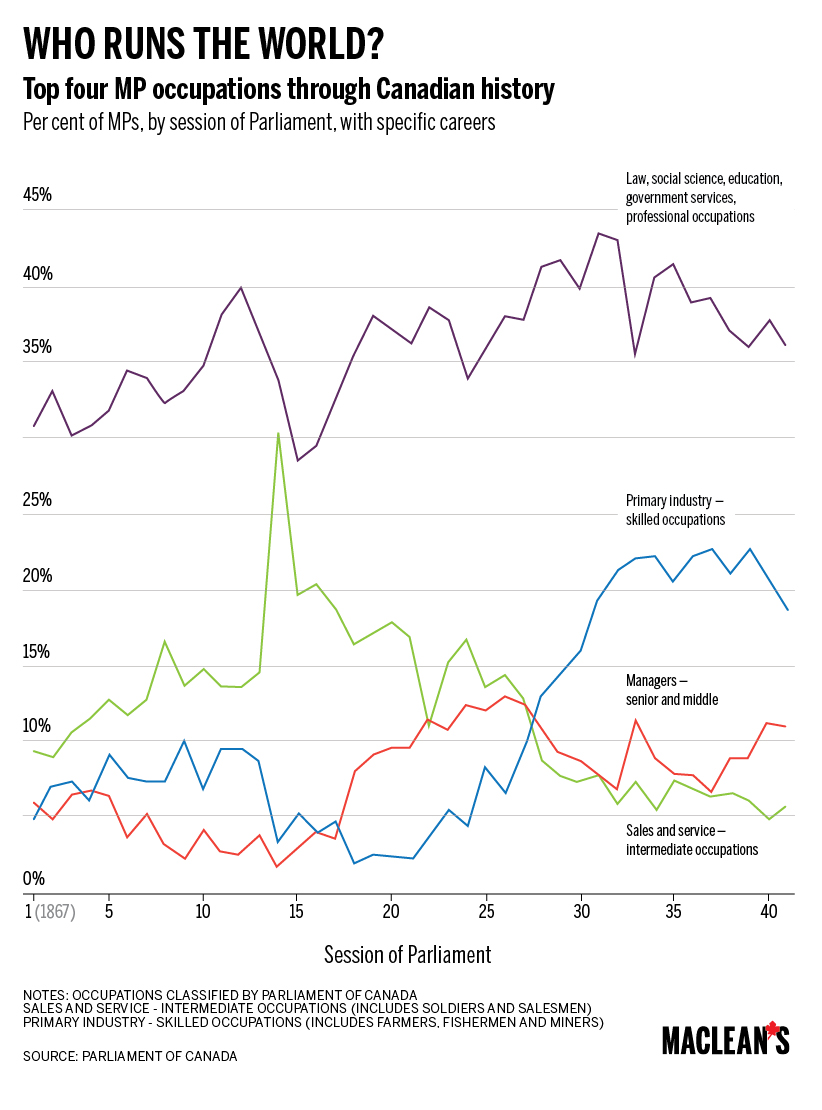