Who lost the last election again?

As the 2019 campaign gets rolling, consider what made the 2015 election so unusual—results that were more than acceptable for all three major parties 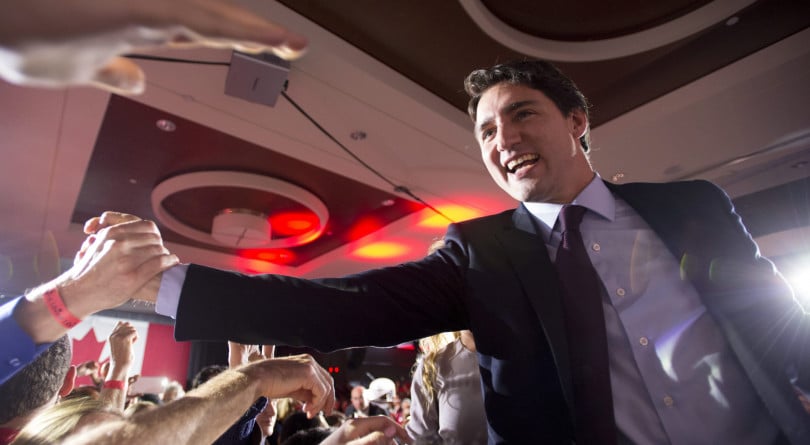 What if they held an election and nobody lost?

No, that’s not a prediction for the campaign now underway. I’m pretty sure there will be losers this time. But the last one, the election of 2015, looks increasingly unusual in this particular sense the further it recedes in the rear-view mirror.

It’s odd because the results look acceptable, or more than acceptable, for all three major parties. That’s not normal in Canada. We’re used to unequivocal election-night slaughters, like what befell the Liberals in 2011, or the NDP in the fallow stretch before rebuilding began under Jack Layton, or—shudder—the fate of the Conservatives in 1993.

But 2015 was an entirely different story. Start with the obvious: the Liberal result was an unlooked-for triumph. Up until the last few days before the voting, a majority looked beyond reach, and a minority win would have sounded just fine to most Liberals. Then Justin Trudeau surged. The Conservatives? Sure, Stephen Harper lost, but the Tory vote total dipped only a bit to 5,600,496, from 2011’s 5,835270, and the Conservatives returned a more than presentable 99 MPs to form the Official Opposition.

Which brings us to the NDP. They started out the campaign running first in the polls. Fully a month in, Tom Mulcair still looked solidly positioned to win—some pollsters even supposed he still had momentum. Then the niqab issue hit Mulcair hard in Quebec, while progressive voters preferred Trudeau’s promise to run deficits to the NDP platform’s pledge to balance the books. And the traditional third-place party’s inexorable slide back into third began.

Of course, New Democrats took it hard. But only because their benchmark was Layton’s extraordinary 2011 breakthrough, when they won 31 per cent of the vote and 103 seats. By comparison, Mulcair managed 20 per cent of the popular vote and 44 seats. Look back before 2011, however, and the comparisons tell a different story. In elections from 1962-2008, the average NDP popular vote was 16 per cent, for an average seat total of 24. Taking that longer view, the 2015 outcome looks solid, and the subsequent decision to dump Mulcair dubious.

If this were just an exercise in sifting numbers, it wouldn’t be all that interesting. What makes the loserless 2015 outcome intriguing is the less quantifiable leadership dynamic behind it.

It starts with the incumbent PM. Harper was an imposing disciplinarian. He had willed the right to unite in 2003. Nobody seriously doubted his grip on the Conservative base. His party’s fundraising prowess had long since been harnessed to ruthless message control and rigorous niche marketing of policy, based on data-driven demographic analysis of voters

Mulcair was formidable. A veteran of Quebec City politics, which is a tough proving ground. Lauded for the efficiency of his stripped-down questions in the House, unleashed with a signature interrogative glare. And he inherited an NDP that had been thoroughly professionalized under his predecessor, making it far less a vehicle for union leaders and volunteers and far more a modern political machine.

It wouldn’t be right to say Trudeau was the least well-known of the three. After all, Canadians old enough to have been around had known him, in the way of celebrity offspring, since his infancy. Yet he struck many as a fresh force. Unlike some other rookie leaders, he arrived in the federal big leagues with a close coterie of advisors who had gained Triple-A experience in Ontario. The combination of his newness and their experience proved potent.

So it’s not just that 2015 didn’t produce a clear loser; it’s that the result seems fitting, given the stature of the leaders and the state of their parties. It’s a different story this fall.

Trudeau presides over a strong economy and can point to achievements like the Canada Child Benefit, but the SNC-Lavalin affair dogs him and broken promises, like his failure to enact electoral reform, have dulled his sheen. Scheer lacks Harper’s party-builder gravitas and is running on a make-life-affordable theme that falls short of stirring. Singh starts out far behind in the polls, supported by a diminished NDP operation, playing desperate catch-up.

Inflating past campaigns is a notorious pastime of politicos and reporters hanging around bars. An old-timer recalls the ’88 debates; an even older-timer gazes into the middle distance and invokes ’68. I’m not pitching for ‘15 to cast in that sort of nostalgic glow. Still, if the options on offer in Canadian elections are often decried as unimpressive, including this time, it’s worth noting when they’ve notched notably higher—especially when the outcome essentially confirmed it.