Every portrait in Canada's war museum has a personal story

There's a family, and a breathtaking tale, behind every single frame in the solemn Ottawa museum 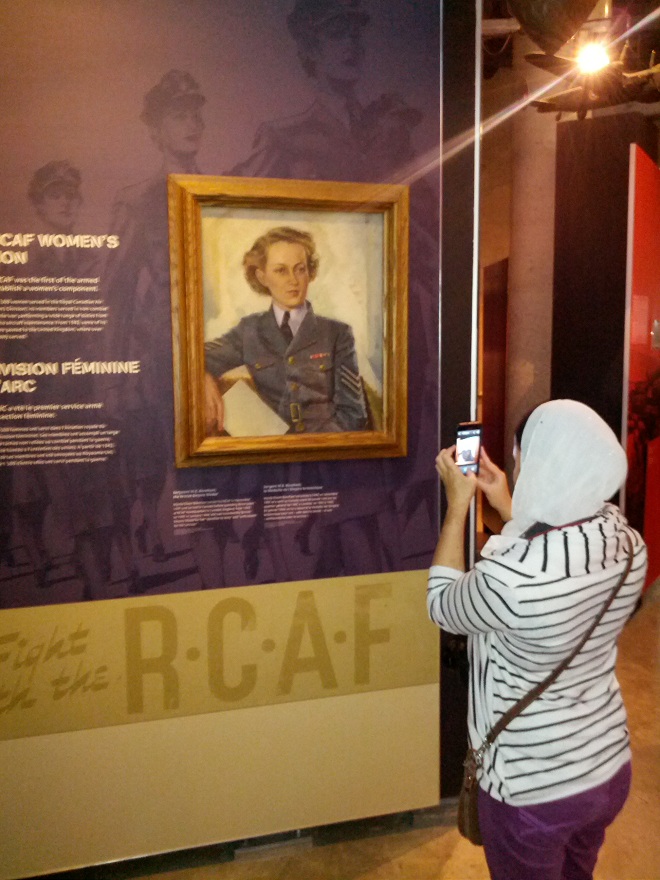 I haven’t spoken with my late grandmother for 15 years. It was a few weeks after Remembrance Day in 1996 that she discovered just how ill she had become. She hung on for a few months, but succumbed to the torment of pancreatic cancer on Feb. 26, 1997. Not long after, she was laid to rest in Peterborough, Ont., where she was born and spent most of her life.

My grandmother was probably terrified when, at 21 years of age, war broke out and she left Peterborough to fight for Canada and the rest of the Empire. She ended up at Royal Canadian Air Force headquarters in London, where she lived until the end of the war, eventually marrying my grandfather—who, at 92, still wears both of their wedding rings (his on his ring finger, hers on the opposing pinky). My grandparents, like many thousands of Canadians we remembered yesterday, answered a call to duty.

Most of those willing souls, of course, went unrewarded in any official sense. We remember them once a year, and occasionally are reminded of their service, but most remain relatively anonymous.

Not my grandmother. She met King George VI, and he pinned an award to her tunic—the British Empire Medal—on New Year’s Day, 1944. The citation accompanying her medal spoke about, among other things, that aforementioned call to duty.

In her service career, this airwoman has been outstanding in her devotion to duty, and in her after-duty hours she has not spared herself in furthering the good spirit of morale and comradeship among Airmen and Airwomen. In her capacity as a Sergeant, working in the section for recruiting Canadian women in the RCAF Women’s Division in England, she has been a constant inspiration to all recruits, with her enthusiasm for the service and her desire to place it above personal matters.

She was the first Canadian airwoman to be decorated by the King.

That brings me to the photo at the top of this post. You might recognize the scenery, particularly if you’ve ever strolled through the Canadian War Museum on Ottawa’s Lebreton Flats. The framed portrait is my grandmother, F/S Myrtle Eileen (Pat) Boreham. That portrait’s stood there for several years, and I hope it never budges.

I can’t describe how it felt to see that young woman snap a photo of my dad’s mom. Pat Vaisey, as she came to be known, wouldn’t have described herself as a feminist, nor even a trailblazing woman. But there she is every single day, the picture of progress, reminding every passing man and woman, and every boy and girl, that there was a time when women didn’t win military medals.

She put a stop to that. And it’s one of a million reasons we’ll never forget her.