Will Ottawa's plan for a national carbon price work?

A Q&A with economist Andrew Leach on what we know about the Trudeau government's national carbon price plan, and all the questions that remain unanswered 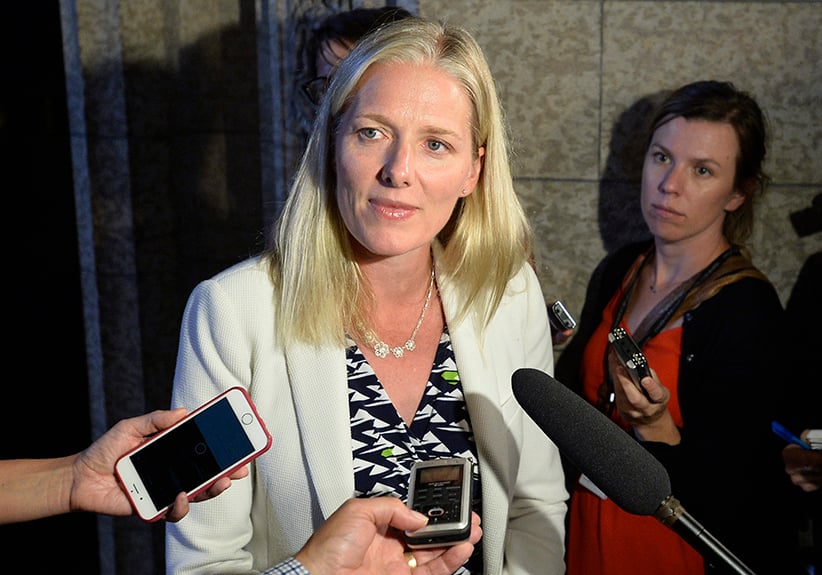 On Monday the federal government announced it would put a national price on carbon emissions—at $10 per tonne starting in 2018, and rising to $50 per tonne in 2022—and gave the provinces until 2018 to come up with their own mechanisms to implement that price. Those provinces that haven’t put in place a carbon price that at least meets the federal level by that time will have one imposed by Ottawa. Maclean’s reporter Shannon Proudfoot spoke with economist Andrew Leach, an associate professor at the University of Alberta’s School of Business who led the Alberta government’s advisory panel on climate change, about the impact of Ottawa’s new climate plan.

Q: What’s your overall assessment of the carbon pricing announcement?

A:  It’s a really big announcement. It demonstrates that they’re serious, but it also demonstrates that they understand the scope and scale of the challenge. On the one hand you’ve got people saying this target is weak, on the other hand you’ve got other interest groups saying they’ve gone so far afield they’re going to wreck the Canadian economy. They’re sort of in the middle and in a way it’s good. They’re going to take on this position, even though at the outset it’s probably going to be unpopular from both sides.

This has been the barrier to acting on this problem in Canada for a long time. You’re sort of setting yourself up where you make this big, ambitious policy announcement and, relative to your own goals, it’s already a failure.

Q: Does that mean maybe they’ve hit a sweet spot with their approach?

A: If they’d just come out and said we’re going to do a whole bunch of little things and we’re not going to do any better than the Harper target, then it’s easy to say, well you could do a whole bunch of other little things and do better. But they’ve put forward a pretty significant national policy plank, and what they have in front of us right now probably still isn’t enough to meet the targets.

Q: What would that take?

On the other side, to say we shouldn’t act, these are Conservative government targets. The areas where it’s going to hit the hardest, the emissions-intensive sectors, were the sectors that were left out of the Harper government regulatory agenda. So in order for their government to have done anything, they had to go hard on oil and gas, on potentially gas power or coal power, and on the big emissions-intensive manufacturing and industrial sectors. That was the only thing they had left. So I think there’s a natural, built-in protection in a way. But it’s a lonely place to be when everybody says you should be doing something different.

Q: Elizabeth May says we’ve gotten to a point where we’re treating carbon pricing as the holy grail, like that’s going to get to us to where we need to be, but she says it’s just an incentive and we should be doing more. What does the research and the experiences of other jurisdictions tell us is the best way to go about this?

A: There’s a little bit of carbon price… I don’t know if fetishism is the right word, but what really matters at the end of the day is not so much whether you do it with price or whether you do it with regulations. The effectiveness of that package, whether it actually reduces emissions, depends on how broadly it’s applied in the economy. There’s no sense you couldn’t do this with regulations, you can only do it with carbon pricing, or vice-versa. It’s a matter of how stringently you want to apply the policies.

Q: What about the actual dollar figures Trudeau was talking about? Are they easing into it at a very gentle price point?

A: They’re definitely easing in.

Q: Is it enough to even be effective, or do they have to do that for political reasons?

A: I think they have to do it for political reasons. The more important thing for a lot of these policies is what certainty can you provide in the long term. Because if we care about a 2030 target, we’re to the point now where a lot of the cars that we buy today are going to still  be on the road. The houses we build today are going to definitely still be around in 2030; buildings, any sort of production facility and modifications. You want people to build in the fact that this is a long-run price. That rapid increase over time is important, probably more important than what is the price next year. But it really is an ease-in. I’m a little surprised they didn’t start at something closer to $30 in 2018.

Q: What are some of the advantages and disadvantages of the kind of plan Trudeau announced?

A: I don’t know that we have enough detail yet. In a way, the big question is: what levers do the federal government have to enforce this on the different provinces?

The one that’s getting the most headlines is how are they going to equate the Ontario and Quebec cap-and-trade programs with Alberta and B.C.’s price-based approach. Then Brad Wall’s point is [Saskatchewan] is spending money on renewable power and on carbon capture and storage, so that’s got to count for something. Alberta’s got its coal phase-out and other things over and above its carbon price; B.C. has some other things over and above its carbon price. So how do you, in practical terms, actually judge which provinces are ahead versus which provinces are behind?

Q: What do you make of the timing of Trudeau announcing this in the House at the very same time Catherine McKenna is meeting with her provincial counterparts trying to hammer this out?

A: It’s probably the right signal to send. You have to have some sort of a grounding for those discussions, and I think Trudeau has always had this type of a view. So this sends the signal that “this is the minimum standard we want you to meet.” Now, this enters the provincial discussion on those questions, of how do you derive equivalency, what counts, what doesn’t, etcetera.

Q: Does Rachel Notley’s ultimatum, that Alberta’s support is conditional on a pipeline being built, throw any challenges in the way?

A: I don’t know that it throws a new challenge in. The upcoming Trans Mountain decision is the challenging one for the federal government for a number of reasons. The government’s been, in broad strokes, very supportive of resource development, the oil sands and pipelines. And now this is the one that comes up—to make the case that in a carbon-constrained Canada, there’s room for this pipeline.

That’ll be the really tough thing. But Premier Notley’s also put a lot on… the reason why Alberta had barriers to getting its resources to market was because people saw it as a proxy to impose greenhouse gas limits on Alberta. Now Alberta’s done that, so those proxy policies should go away. I think she is very determined to get this pipeline through, and that’s where it all comes to a head.

Q: With the environment ministers’ meeting in Montreal, do you expect anything concrete to come out of it, or do you think it’s going to be delayed until the next meeting?

A: I think it’s probably somewhere in between. What you’ll see come out of it, and you’re already seeing it, is the very clear positions of how the different provinces relate to the federal strategy. More important, even behind the scenes, you’ll probably see what sort of alignments come about. So are Alberta and B.C. able to come up with enough common ground that they can agree on a common way this federal thing should be implemented? Are Ontario and Quebec as aligned as they might appear on how emissions trading gets handled? Who are Saskatchewan’s allies at the table? Is it Nova Scotia? Are they in enough of a different boat? So I think that’ll be maybe the more interesting bits coming out of it.

Q: Elizabeth May and others have said that the targets Canada has now—the Harper targets—are insufficient to meet the Paris agreement? What’s your assessment of that?

A: The challenge of course is Canada committed only to those targets at Paris. And the Paris agreement said we’re going to put in our best efforts to meet these commitments and redouble our efforts over time. What you see now is there aren’t really other countries to the same degree talking about incremental additions of 50 to a hundred dollars a tonne carbon policies in response to Paris. There are countries making big strides, but I think right now that the policies you’d need to meet Canada’s targets are really stringent policies. If you start saying we’re going to do this thing, which is the most significant environmental policy in Canada since the acid rain policies of Brian Mulroney, but bear in mind those with the most environmental credibility say it’s basically for nought, it’s not doing anything… then you’ve taken out a big chunk of your support.

Go back and look at the 2006 Harper government plan, it’s incredibly stringent. And what they found when they introduced it was big business and taxpayers’ groups disliked the policy, environmental groups disliked the policy, and there were seven people who said, “Yeah, this is a reasonable middle ground”. There was really no political calculus that would support pushing forward with a policy that seven people would be enthusiastic about.

Q: Is that why nothing came of it?

A: There were more people who were enthusiastic about not doing anything. But I think you have to step back and say part of doing this is making sure that there’s a political ability to take some of these actions that are significant and bold in our historical context. Prove to me that they work. Prove all of the promises of green jobs and new industries and all of these sorts of things work. If you believe as vehemently as people like Elizabeth May do in those things, then once you get off the ground it should be basically a no-brainer to keep it going.

But if you set the bar and say the only policy acceptable today is one that radically changes our economy and gets into the the scale of, probably beyond NAFTA or free trade in terms of an economic policy, then you’re asking a whole lot. You’re setting yourself up for everybody to say: “OK, well, I’m kind of happy with the failure.”

Q: So viewed through that lens, does this count as a bold step? Have they just decided we’re going to do something big, understanding that a lot of people aren’t going to like it? Or are they hedging? How would you kind of assess the boldness of this?

A: As of right now, I think it certainly qualifies as a bold step. The question is, what are those other measures? You definitely need something else. If this is your carbon price path and you still want to meet the Harper 2030 target, you need something else.