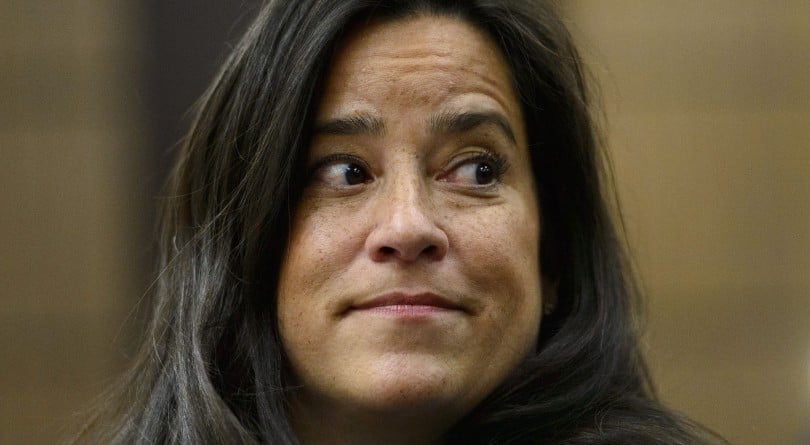 Wilson-Raybould appears at the House justice committee in Ottawa on Wednesday, Feb. 27, 2019. (THE CANADIAN PRESS/Sean Kilpatrick)

At the heart of the bitter dispute between Jody Wilson-Raybould and Justin Trudeau is the former justice minister’s claim that the Prime Minister and his officials were pressing her to do something that violated a clearly defined policy when they asked her to consider intervening to allow SNC-Lavalin avoid going to trial on bribery charges.

The documents and audio recording Wilson-Raybould today delivered to the House justice committee—all made public late this afternoon—show how she repeatedly asserted that it would be wrong for her, in her role as attorney general, to overrule a decision by the independent Director of Public Prosecutions (DPP) not to give the Montréal engineering company what’s called a deferred prosecution agreement (DPA).

To Canadians trying to make sense of all this, Wilson-Raybould’s staunch position might seem hard to understand. After all, the government had passed a law just last year specifically to allow a DPA in cases where prosecuting a company for economic crimes would hurt innocent third parties like employees and shareholders. And that’s the basic case Michael Wernick, the former clerk of the privy council, is making in a taped conversation with Wilson-Raybould that is among the most explosive elements in today’s new cache of materials.

In that Dec. 19, 2018, phone conversation, recorded by Wilson-Raybould, Wernick tells her that she would not be doing anything wrong if she “decided to use some of these tools under the law,” evidently alluding to her power to order the DPP to negotiate a DPA with SNC-Lavalin.

But Wilson-Raybould counters that the law allowing DPAs was explicitly designed by the cabinet not to allow that sort of political leverage over a case being prosecuted. “I made it very clear at the cabinet table and other places that these tools are at the discretion of the prosecutor, and everybody agreed to that and that there was no guarantee that there would be a DPA in this or any other case,” she said.

This is the first time the possibility that when Trudeau’s cabinet considered the possibility of SNC-Lavalin getting a DPA, they agreed this would only happen if federal prosecutors decided that was the right approach—and not if the impetus had to be taken by the attorney general. Still, Wernick pushes back, telling Wilson-Raybould that the law “specifically has these provisions in it that allow you to ask questions of the DPP, and that is provided for and that is not interference.”

Wilson-Raybould responds that she would have to do more than merely ask questions—she would have to issue a directive to overrule the DPP, and that would amount to “political interference.” But Wernick seems not to accept her judgement on this crucial point. Later in the conversation, he again presses her by noting that other countries use the DPA model when key companies are in danger as a result of a prosecution. “It is a public policy tool,” he implores.

Again, though, Wilson-Raybould reminds him that the Trudeau cabinet agreed that the DPA tool would not be used as a way to overrule the prosecution service. She mentions “MCs,” short for cabinet “memorandums to cabinet,” and tells Wernick that his argument about DPAs being a policy tool is “fair, but in our MCs, all the way up and in the law that we changed, we gave the Director of Public Prosecutions the discretion to enter into the DPAs and the judge to oversee the regime.”

If it is accurate that the Liberal cabinet, in its deliberations on the DPA legislation, ruled out an attorney general stepping in to override a decision by the DPP, then Wilson-Raybould is on much firmer ground in her argument that what the Prime Minister’s Office was asking her to consider was out of bounds. It is almost unheard of around the Canadian government for those sorts of cabinet conversations to be aired in public, but Trudeau freed Wilson-Raybould from that secrecy constraint for her period as justice minister and attorney general.

There are other pieces of public-record evidence that bolster her position. For instance, back on May 8, 2018, the House finance committee heard testimony from Ann Sheppard, senior counsel in the justice department’s criminal law section, on the proposed legislation that allowed for “remediation agreements,” another term for DPAs that let companies avoid court by admitting to wrongdoing and agreeing to fines and other conditions.

“Remediation agreements would be a new tool for prosecutors in Canada to use at their discretion in appropriate circumstances where it’s in the public interest to do so,” Sheppard told the committee, making no reference at all to the possibility of the attorney general stepping in.

“What the regime does,” she added, “is it sets out factors that the prosecutors are to consider in determining whether a remediation agreement would be appropriate, such as the the gravity of the offence, the degree of involvement of senior management of the corporation, whether the company is willing to identify implicated individuals, that sort of thing.”