You can take the man out of McKinsey, but can you take McKinsey out of the man?

Politics Insider for Feb. 6: Dominic Barton comes to Ottawa, social conservatives might not have the power they think and Mr. Kenney goes to Washington 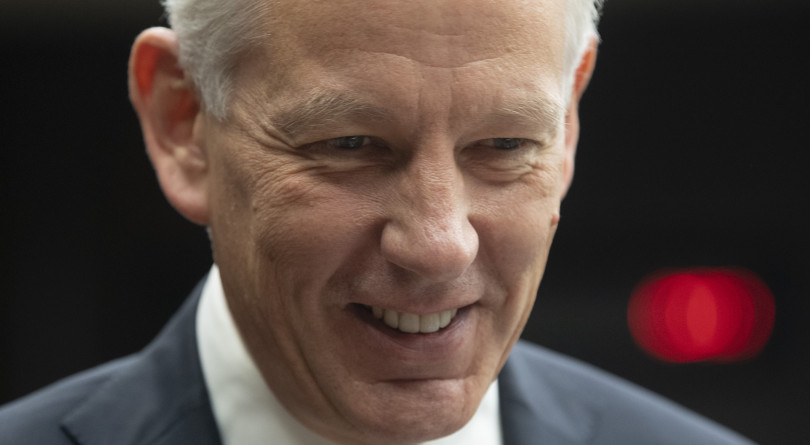 Dominic Barton introduced himself to Canada by way of an appearance at a parliamentary hearing yesterday. The former head of global consulting giant McKinsey & Co., and now Canada’s ambassador in China, took a grilling from Conservatives on the special committee on Canada-China relations.

Barton described the chilly relations between the two countries in stark terms. He described his first meeting with Chinese officials as “probably one of the most unpleasant conversations I have ever had.” Both sides, he said, were shaking with anger.

Liberal MP Rob Oliphant complained that “some members” of the committee treated the session as an “American-style confirmation hearing,” and thanked Barton for his public service. Genuis firmly disagreed. Welcome to Ottawa, Ambassador Barton.

The possibly not-so-powerful social conservative wing of the CPC: A new Angus Reid analysis suggests that right-leaning voters are more likely than those on the left to vote for a leader whose positions on social issues diverge from their own. In other words, left-wingers are more dogmatic than small-c conservatives. Shannon Proudfoot writes about what it all means for social conservatives as federal Tories hunt for a new leader:

It appears there’s room for the party to shift toward the centre without alienating its socially conservative contingent … And this finding flies in the face of the dominant narrative that the SoCon element needs to be specifically mollified in the party’s choice of leader.

What made Nancy Pelosi go on a tear: Michael Fraiman dissects the most newsworthy image from Donald Trump‘s State of the Union address—no, not a photo of Trump, nor of talk-radio maven Rush Limbaugh. House Speaker Pelosi ripping the speech’s pages in halves came to define the night, writes Fraiman:

The following day, it was not Trump earning headlines for boisterous statements, but Pelosi, pushing herself and Democrats back in the spotlight at any cost. Trump himself shared more tweets about her than about his speech. But he has no one to blame but himself. After all, if Trump has taught Pelosi anything, it’s that no press is bad press.

Mr. Kenney goes to Washington: Fresh from a jaunt to Montreal, Alberta Premier Jason Kenney is spending a few days in D.C., where he’ll meet with some of the local power players. On his agenda? Senator Lisa Murkowski, Secretary of Energy Dan Brouillette, Secretary of the Interior Greg Bernhardt and U.S. Trade Representative Robert Lighthizer. He’ll also sit down with Kirsten Hillman, Canada’s acting ambassador.

Remember that Tory opposition motion that caused a ruckus on Tuesday? The one that condemned a Parole Board of Canada decision to give day parole to a convicted murder, and also called for hearings into the matter? It passed yesterday without a single nay vote (315-0).

The Brexit Clause: For bureaucrats all over the world, Brexit must mean paperwork and headaches. Witness a recent order-in-council that set a date on which a tiny section of a 2018 budget implementation bill will come into force. The small amendment allows the Bank of Canada to buy and sell securities from the U.K. as soon as the Brexit transition period ends. Surely someone at the Privy Council Office drew the short straw of combing through oh-so-many federal laws.