How Turkey is playing Saudi Arabia

Adnan R. Khan reports from Istanbul on why Turkey is turning up the pressure on its stronger Middle East rival over the killing of Jamal Khashoggi 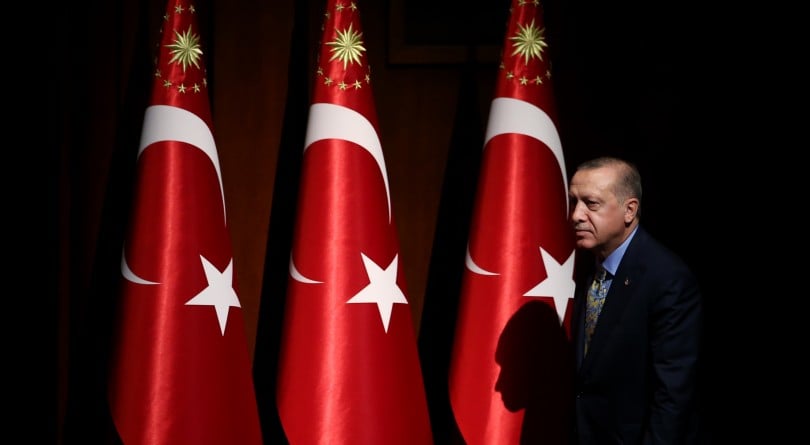 Saudi Arabia is changing its story again. After a dramatic month of denials and excuses in the face of mounting evidence, the Saudi chief prosecutor admitted yesterday that Jamal Khashoggi’s murder inside the Saudi consulate in Istanbul was premeditated and not, as the earlier story went, an accidental outcome of an interrogation gone horribly wrong. It was the fourth time the Saudis have changed their story.

Khashoggi, a dissident journalist living in the U.S., was lured into the consulate on Oct. 2 after being promised he would receive documents he needed so he could marry his Turkish fiancée. He never came out alive. Turkish authorities claim Khashoggi was killed shortly after entering the consulate in a planned operation involving at least 15 Saudis flown into Turkey specifically to carry out the mission, including a forensics expert. His body was allegedly cut up with a bone saw and has yet to be found.

The latest shift in the Saudi version of events comes amid a flurry of back channel meetings between U.S. and Turkish officials, including a visit to Turkey by CIA director Gina Haspel this week where she reportedly listened to a recording Turkish officials say they possess of the murder, which they claim proves it was never an accident.

As the international pressure mounts, the Saudi line appears now to be drawing closer to the Turkish version of events. On Oct. 23, Turkey’s President Recep Tayyip Erdogan, addressing members of his AK Party in Ankara, laid out the details of the killing for the first time, rejecting Saudi claims that it was accidental and demanding the accused be extradited to Turkey to face justice.

Later the same day in Washington, Donald Trump echoed his Turkish counterpart’s accusations, calling the Saudi handling of the case, the “worst cover-up ever.”

READ MORE: The Khashoggi killing has done what the deaths of 60,000 people could not

But there is still a wide gap between public statements and what’s happening behind closed doors. According to one AK Party official, who spoke to Maclean’s on condition of anonymity because he is not authorized to speak to the media, the Turkish strategy has been to gradually turn up the pressure on the Saudis and in the process, extract concessions over other issues the country faces.

“No one wants a complete breakdown in relations,” he says. “Saudi Arabia is an important country in the Middle East. Turkey cannot pick a fight with the Saudis when Turkey’s economy is so weak. We cannot make more enemies when we are so deeply involved in Syria, when we are trying to manage the crisis with Iran. There are many considerations.”

Indeed, the threads emanating from Khashoggi’s killing link together a wide range of Middle East issues, in no small part because both Saudi Arabia and Turkey are key players in the region.

Turkey’s handling of Khashoggi’s murder reflects just how sensitive and complex things are. Erdogan’s speech, for instance, was relatively calm and composed compared to what the world has become accustomed to from a leader known for making provocative statements. Instead of the usual hyperbole, Erdogan calmly listed the timeline of events and the evidence gathered by Turkish intelligence and pointed out how it contradicted the Saudi version. He made a point to show respect to Salman bin Abdulaziz, noting the Saudi king’s sincerity in his desire to investigate the killing thoroughly.

What he didn’t do was mention Salman’s son, Crown Prince Muhammad bin Salman, the de facto ruler of Saudi Arabia who some believe ordered Khashoggi’s killing.

READ MORE: The death of Jamal Khashoggi and the weaponization of diplomacy

The omission is telling. Over the past three years, the younger Salman, who goes by his initials, MBS, has positioned himself as a key powerbroker in the Middle East. He has jet-setted around the world meeting political leaders and business heavyweights, selling himself as a reformer who will wean Saudi Arabia away from its dependence on oil revenues and guide its society into a modern—and moderate—21st century.

But there is a dark side as well. The foreign policy MBS has pursued is aggressive and domineering. Saudi Arabia’s military expansion—including a $460 billion deal with the U.S.—sends the message that the Saudis are gearing up to become the dominant force in the Middle East. And MBS is a staunch monarchist, jailing—or killing—critics who call for any kind of democratic reforms in the kingdom.

For Turkey, that is a problem. Since gaining power in 2002, Erdogan has promoted Turkey as the natural leader of the Muslim world. He has put Turkey’s political and economic weight behind Islamist movements in the Middle East, including the Muslim Brotherhood, who believe the path to power, and to an Islamic political revival, is through democratic means.

“The AK Party officials I’ve met don’t have a lot of nice things to say about MBS,” one European diplomat, speaking on condition of anonymity, tells Maclean’s. “They see an opportunity in the economic reforms he’s promising but his foreign policy clashes with Turkey’s. I have no doubt that Turkey sees the killing of Khashoggi as a chance to blunt MBS’s power. It will definitely be pushing to rein him in on the international stage.”

There’s no guarantee the strategy will work. Saudi Arabia still holds an important trump card: oil. Turkey cannot afford rising oil prices at a time when its economy is still teetering on the brink of collapse. Inflation has reached nearly 25 per cent and rising energy prices, a major import in Turkey, make up a large chunk of that.

More worryingly, the U.S. administration has invested much of its Middle East policy in MBS and it appears unwilling to change that. It’s strategy in Syria—supporting Kurdish rebels in the north that Turkey considers terrorists—remains a bone of contention. On Oct. 16, the day U.S. Secretary of State Mike Pompeo,met with MBS in Riyadh, the Saudis delivered on a promised US$100 million to help American troops stabilize areas in Syria liberated from ISIS. Turkish authorities worry some of that money will be used to arm the Kurds.

Still, Turkey will try to extract whatever it can. Already, the Saudis have conceded something: admitting the murder of Khashoggi was premeditated. Whether they will extradite the accused remains to be seen but if they do, it would be a major political win for the Turks.

Lost in all of this is the justice Khashoggi’s supporters are demanding. It’s doubtful they will get it. Turkey has retained the title of the world’s top jailer of journalists for most of the past decade. Its own intelligence services have been accused of murdering journalists who criticize the Turkish government. Erdogan’s staunch support now for a dissident journalist murdered for his critical views is, to put it mildly, ironic.

The likely explanation for Turkey’s sudden sensitivity to an attack on the media is more political. There have been arrests, and there likely will be more. There will be trials, either in Saudi Arabia or Turkey, and there will be punishment. But an operation like this could not have happened without high-level support, and those at the highest level, including MBS, are untouchable. They are protected by politics.

And politics, as usual in this fitful part of the world, always wins out.