I'm on a waitlist of nearly 100,000 Nova Scotians hoping to find a family doctor

More than one in ten people from the province are without a doctor. “Watching my prescription run out feels like watching a time bomb ticking down,” says Evelyn Hornbeck 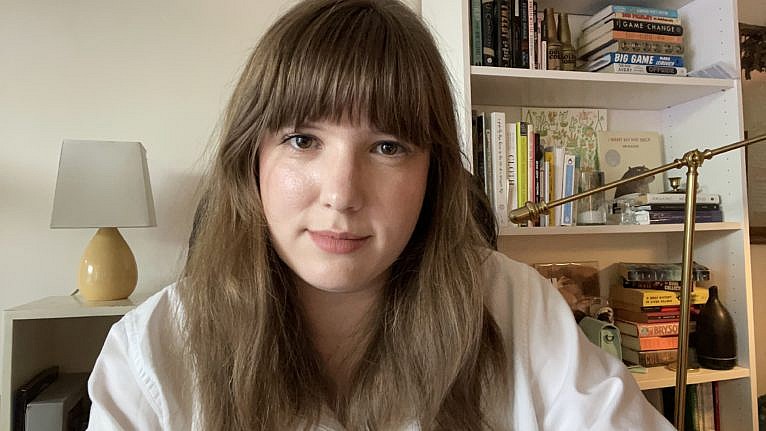 In the past five years, Canada’s Maritime provinces have enjoyed a dramatic reversal of demographic fortune. Immigration has surged, and the outmigration of youth that long plagued the region has reversed. The pandemic accelerated the trend, but the turnaround began years prior, turning the East Coast into a hotbed of fast-growing cities.

But as with most booms, there’s a dark side. In the Maritimes, all that growth has strained provincial health systems, which were already on unsteady footing. Nowhere is this more obvious than in the shortage of family-care providers.

Evelyn Hornbeck, a 31-year-old Halifax resident, is among the 95,000 people currently on Nova Scotia’s waitlist for a primary-care provider. This is her story.

I’ve been lucky—or at least luckier than many.

“In 2008, I moved from Ottawa to Halifax for school. After I graduated, I was able to get a doctor in Halifax right away. There was a primary-care shortage even then, but my Nova Scotian partner’s doctor, who also took care of his whole family, took me as a patient. We were privileged to enjoy that arrangement for the next 12 years, even as many of our friends struggled to find care, and the health care crisis got worse.

There was always a gnawing sense of “What if something happens to our doctor?” And then, one day last October, my mother-in-law texted my husband and said, “It looks like she’s retiring.”

READ: Canadian paramedics are in crisis

I know doctors often struggle when they end their practice, and I don’t think our doctor’s abrupt retirement was in her plan. But all of us—me, my husband, his 80-something grandmother and our entire family—suddenly lost that connection to basic health services. We went on the waitlist for a new doctor right away, but there are nearly 100,000 people on it with us. We don’t expect to find one soon.

The anxiety around all this is intensified because I’m on a controlled medication, which walk-in doctors are very reluctant to prescribe, and pharmacists can’t prescribe.

My medical issues began a long time ago. There were lots of things that didn’t quite add up for me—things that I’ve had trouble with and affected my quality of life. I began seeking treatment in 2019, but my family doctor never felt comfortable diagnosing me, or prescribing the psychiatric medication I required on her own. I had a therapist, who referred me to a different doctor who had some knowledge in this area.

We spent a year or so trying a few different medications. Nothing quite worked, and I took a break to clear my head. Then that doctor was arrested for possession of child pornography. His practice closed.

Finally, I found another doctor and got a diagnosis and a prescription—and suddenly things made sense. I was able to succeed at work and in my personal life. It was a situation where I had to be my own advocate—the system was not making any of this any easier. I went from banging my head against a wall to feeling like a door was opening. A lot of people might have just given up.

The medication has made a huge difference in my life. Watching my prescription run out feels like watching a time bomb ticking down.

To be clear, my situation is far from the worst out there. But I think that’s why it’s especially important to highlight how difficult it is for a lot of people to access basic care.

My husband and I have been married for five years, and we’re thinking about family planning. But, unable to find a doctor, in a lot of ways we feel in limbo. I need a doctor; my mental health treatment and medication requires medical guidance.

What am I supposed to do?

— As told to Matthew Halliday