Steve Silberman on autism and 'neurodiversity'

A Q&A with an author about neurodiversity: the radically humane idea that people process the world in different ways, and there's nothing wrong with that 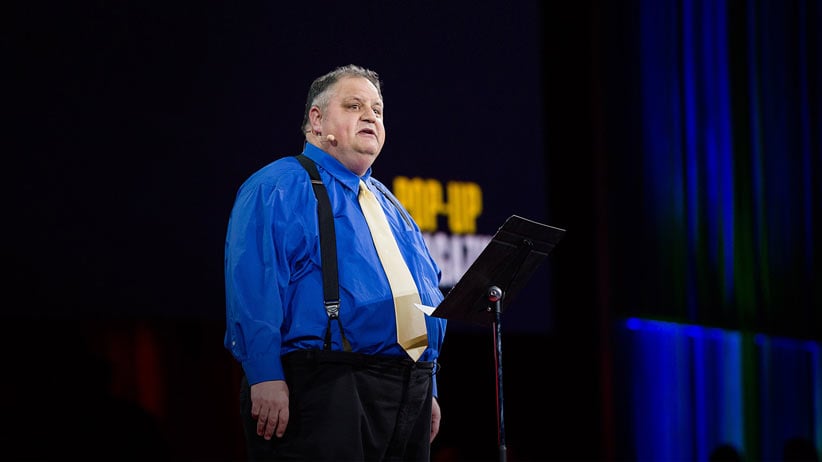 Steve Silberman delivers a speech at a Ted Talk. (YouTube)

There are few conditions less understood by the general public than autism. The cognitive disability—or gift, depending on whom you ask—has a long and storied history of being falsely attributed to a variety of causes, from bad parenting to vaccines to GMOs. Canadian rocker Neil Young suggests on his new album, The Monsanto Years, that “pesticides are causing autistic children.” According to American science journalist Steve Silberman, author of the new book NeuroTribes: The Legacy of Autism and the Future of Neurodiversity, misconceptions about the condition stem from the ever-popular “mistaken belief that autism is a historical aberration of the modern world”—an aberration we can snuff out with specialized diets and intensive therapy. We spend millions on elimination and prevention techniques, when what we should be doing, argues Silberman, is bettering the lives of autistic people and their families. Silberman’s book is not only an exhaustive history of autism itself, but a call for greater acceptance of “neurodiversity”: the radically humane idea that people process the world in different ways, and there is nothing wrong with that. Maclean’s columnist Emma Teitel spoke with Silberman.

Q: What is the neurodiversity movement and how can it improve the lives of autistic people?

A: The word neurodiversity was coined by Judy Singer, a sociology student in Australia in the late 1990s, who was a member of one of the early online groups for autistic adults. Neurodiversity is a way of looking at conditions like autism, ADHD and dyslexia that takes into account the fact that these conditions can convey gifts, as well as challenges. Autistic people are actually better than neurotypical people at certain things—such as detecting flaws in visual patterns, or certain kinds of memory tasks. We discovered these conditions through a medical lens, which tends to pathologize them. But neurodiversity is a way of looking at these conditions in a more holistic and humane way, so that we also [see] the virtues of these different kinds of minds. So you could say [that] great minds do not, in fact, think alike. And society is stronger if we can draw on the different skills of these conditions. Judy Singer coined the word neurodiversity to do for the autistic community what feminists [did] with a slogan such as, “Sisterhood is powerful,” or what the gay liberation [movement did] with a slogan such as, “Gay is good,” so that people with different kinds of minds could take pride in themselves and pride in their communities, instead of being seen as isolated patients in clinics with a characteristic checklist of deficits.

A: I’ll give you an example of a real environment like that. [About five years ago], I went to an autistic retreat—a conference set up by autistic people, for autistic people. There were about 70 autistic people there of all ages and all levels of ability. The environment had been customized for autistic people, so, instead of applauding at the end of a presentation, the folks in the audience would flap their hands, which was a wonderful thing, because it didn’t create a sudden burst of noise. Many autistic people are overloaded by sudden bursts of sensory input. It [was also] wonderful because hand-flapping is very stigmatized when you’re a younger [autistic] person. In past eras, autistic kids were even given electric-shock therapy so they wouldn’t flap their hands. So it was a wonderful little moment of turning something stigmatized in previous generations into a celebration. People were asked not to use flash, which can trigger seizures. And perhaps the most crafty thing offered at “Autreat” [the name of the conference] was that people wore colour-coded interaction badges, which allowed them to display in an unambiguous way how open they were to social interaction. If you were wearing a green badge, it meant, “Yes I’d like to talk to you”; if you were wearing a yellow badge, it meant, “If you’re a stranger, please don’t come up and introduce yourself, because I can’t deal with that”; and if you were wearing a red badge, it [meant], “I don’t want to interact with people. Please leave me alone.” And that was amazingly freeing, because you didn’t have to look at people and think, “I wonder if they want to interact with me.” You could instantly tell.

Q: What kinds of accommodations can be made outside a specialized environment like Autreat?

A: We live in an age where classroom lessons could be offered in many different formats. Let’s say there are students in the class who are visual learners or audio learners. You could reframe each lesson in different forms that play to the strengths of each student. Dyslexics have found that certain fonts are more readable on certain screens. The advent of digital technology has opened up all kinds of ways in which we can customize the world to allow people who think and learn differently to express their maximum potential.

Q. What is the major barrier to this change?

A: I would say it’s the mistaken belief that autism is a historical aberration of the modern world, because, if autism is a historical aberration of the modern world—in other words, if people continue to think it’s caused by vaccines or GMOs or whatever—then what we will do as a society is invest millions of dollars in searching for that toxic risk factor that is allegedly making people autistic. The main point of my book was to show that autistic people have always existed. Autism existed long before it was given a name.

But as long as we continue to deceive ourselves and think autism is a toxic product of the modern world, we will not take care of the older autistic adults who are already living among us without help. We really need to turn the focus away from, “Let’s spend another $10 million to find more candidate genes, or to study this or that potential environmental trigger.” We should be spending this money to help families lead happier and healthier lives.

Q: The anti-vaccination movement in North America is often labelled in the press as dangerously ignorant and stupid. Reading your book, however, I got the impression that a lot of parents with autistic kids who joined the anti-vaccine movement did so out of sheer desperation and a lack of accurate information. Do you feel some of these parents are unfairly characterized?

A: Absolutely. I completely understand why parents are convinced vaccines cause autism. For one thing, autism typically becomes apparent to parents [when their kids are aged] two or three [and] are getting their rounds of vaccinations. Also, they’ve been told there’s this big conspiracy between “Big Pharma,” corrupt government officials and lazy journalists to cover up this massive global epidemic of brain injury caused by vaccines. I think parents are really hard-pressed to understand what’s happened to their children, in part, because they were never given an adequate explanation by autism experts and science journalists like me about what happened in the radical expansion of the diagnosis, in the ’80s and ’90s. That story had never been told in a way that was simple and human, by people who were not medical experts.

Q: You have spent a lot of time with autistic people, researching your book. Does the world feel different to you now?

A: Yes. For one thing, I have learned not to assume that what we think of as normal is necessarily the best way to be. For instance, when I was at that autistic retreat, everybody was very honest. Nobody was trying to impress each other. They were very frank about how they felt—which is described in the autistic literature as a “deficit of irony” or an “inability to appreciate satire,” or an “insensitivity to deception.” But actually, if you’re around people who are telling the truth and not trying to kiss up to each other all the time, it is really refreshing. When I came out of Autreat, into the “real world,” it seemed as if everyone was so loud and disrespectful of each other’s space, and keenly invested in impressing each other. So living in autistic culture for a little while gave me a vantage point from which to view neurotypical culture. I now the see the world through two separate sets of eyes, which is great.