Earth Day Greetings From A Possum And a Porcupine

Walt Kelly, creator of Pogo, had already used the catchphrase “We have met the enemy and he is us” on a poster and in a foreword to a book, but this Earth Day strip from 1971 (the year after Earth Day began) was the first time he incorporated it into the newspaper strip. 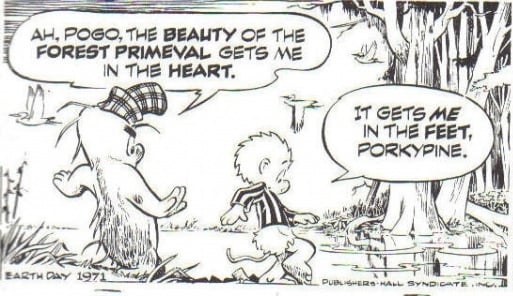 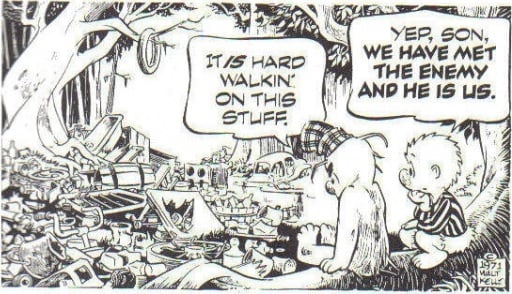 As a bonus, here is Pogo discussing one of 2009’s hot topics, the imminent death of the newspaper… in 1953, because nothing ever changes: 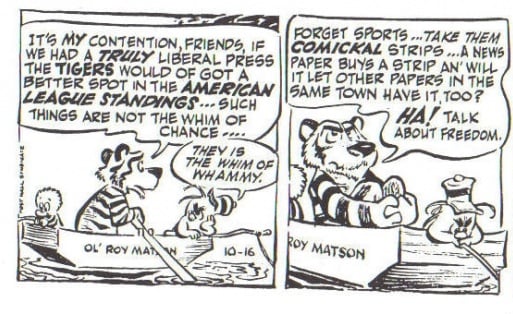 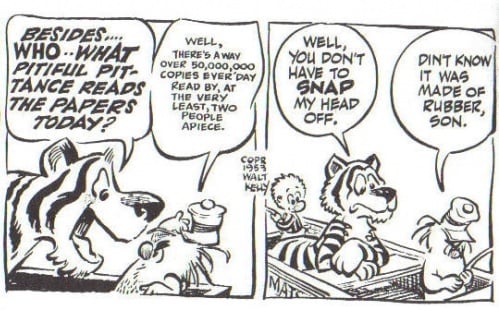