It’s been almost a month since Trudeau beat Brazeau, Trudeau cut Brazeau’s hair, and Brazeau donned the Liberal Party sweater of shame in Parliament the next day. But who’s next? Surely this isn’t the end of high profile political scraps. At least, it shouldn’t be. Listed below are 4 potential parliamentary boxing matchups.

Who would you pay to see? Scroll to the bottom to cast your vote!

Thrilla on the Hilla II: Marc Garneau VS. Peter MacKay 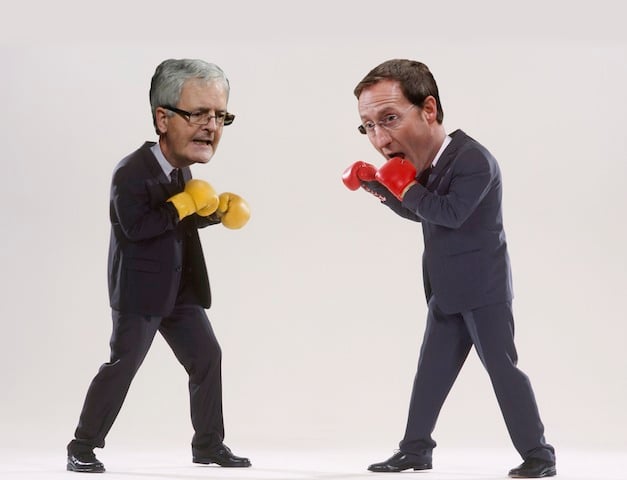 The Liberal House leader recently chided MacKay for his fighter jet foibles, calling him incompetent or “not too bright”. They should fight. Winner takes hot foreign wife.

Thrilla on the Hilla III: Alison Redford VS. Danielle Smith 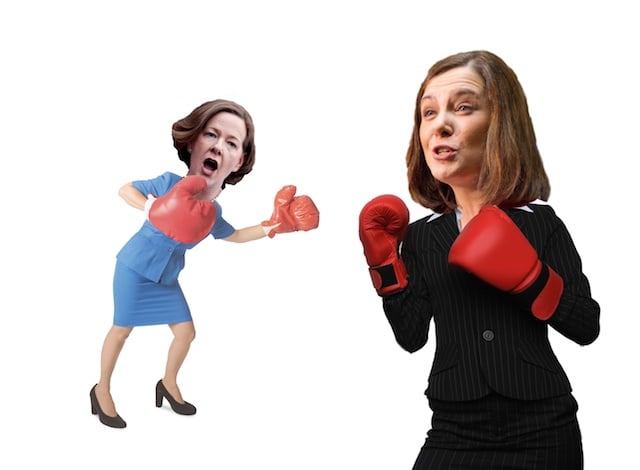 It’s a far cry from Girlfight but we’ll take it. These two are neck and neck in the Alberta election polls right now and raring to go (some say Smith’s Wildrose party is going to terminate the Tories’ 41-year reign of Alberta). Or as Smith recently said about Redford: “She is the kind of leader who will say anything to get elected and then when she is elected it’s not worth the paper it’s written on”. Them’s fightin’ words, Danielle.

Thrilla on the Hilla IV: Thomas Mulcair VS. Bob Rae 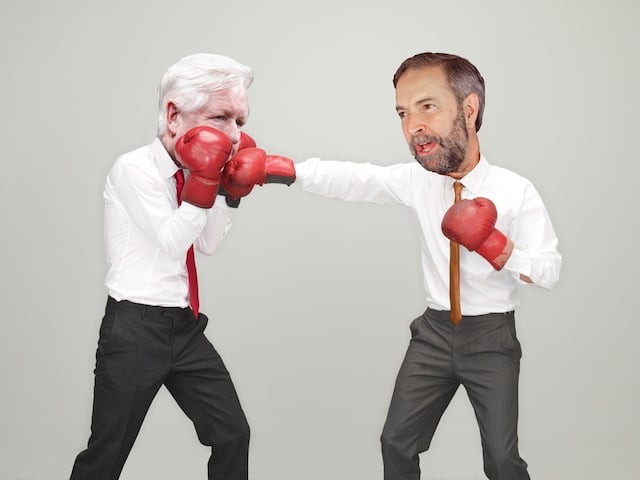 Mulcair thinks Rae’s scared of newborn boxing aficionado and grown man Justin Trudeau, and Rae thinks Mulcair is a mean-spirited “mini-Harper”. Why not make the opposition really official, and have them duke it out in the ring? At least then Mulcair’s gun show promos won’t seem so creepy.

Thrilla on the Hilla V: Stephen Harper VS. This Girl 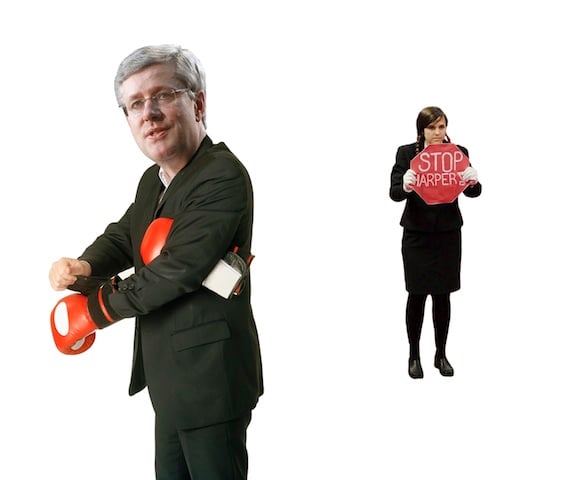 No one really knows what happened to Brigette DePape—the Harper hating senate page turned lefty superstar, who lost her job last year after staging a one woman protest during the Conservatives’ Throne Speech. If she’s still alive (some say she has been eaten by Michael Moore) I do hope she makes a reappearance on Parliament Hill and challenges the PM to a formal duel. After all, the system is won from within.

FILED UNDER: Boxing Thrilla on the Hilla