Hackathons, which bridge the gap between doctors and geeks, are coming to Canada 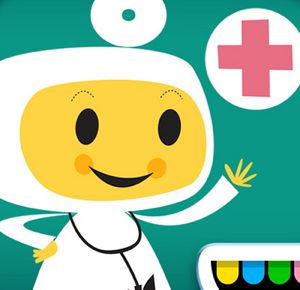 Dr. Shaheed Merani had barely finished his morning coffee last Saturday, when the solution to a tech challenge that’s plagued his work as an Edmonton hospital resident was almost at the prototype stage.

It was day one of HackingHealth, Canada’s first health-focused hackathon. Nearly 70 health professionals like Dr. Merani had flown in to Montreal from across the country for one purpose: to connect with some 160 designers and developers, and tackle the tech issues that bog down their professional lives.

The event was inspired by the programming jam-sessions run by giants like Facebook, where computer geeks get together for a day or so and, in Red Bull-fuelled bursts, design new website features, games or apps. HackingHealth, though, was devoted to solving problems in that most sluggish sector: health care.

Sitting at a lunch table on the McGill University campus, three coders quietly but furiously clicked away on their laptops, working on the solution to the conundrum that’s been frustrating Dr. Merani and many of his colleagues: the anachronistic domination of pagers and fax machines in hospital communication. Right now, Dr. Merani said, physicians often use instant messages to discuss a patient’s case and its developments, but those texts aren’t captured in patient files. Also, docs are required to file orders for prescriptions and medical tests via fax—which is more complicated and slower than sending them via text.

By the end of the day, the geeks had come up with Text Rx, a mobile app that translates SMS communications about patients into paper or electronic medical records, and allows doctors to order tests or prescriptions from their smartphones. Dr. Merani was already imagining the numberless scenarios in which it would come in handy. “If I’m in the operating theatre, and one of my patients on the ward needs a prescription filled,” he says, “I can do it through text. I could discuss with a radiologist the findings of a scan over text, and all of this could be added to the patient chart.”

Right now, doctors typically only meet the folks in the IT department over lunchtime training sessions when new health technologies are being rolled out in their clinics. HackingHealth was designed to change that, explained Jeeshan Chowdhury, the event’s co-organizer and an Edmonton medical student. “When you think of IT in health, you think of the eHealth fiasco in Ontario, over-run budgets, delays, things being forced on you, things that don’t work well. Then you look at your smartphone, and you see these really elegant programs compared to what you use at your work terminal.”

Text Rx was one of 19 projects developed last Saturday, after some 40 proposals were presented in a pitch session the night before. Other HackingHealth projects included an app for Microsoft Kinect that can assess the total body surface area on a burn victim using the depth sensing capabilities on the off-the-shelf machine. The idea was pitched by a Toronto plastic surgeon who was sick of the outdated and inaccurate paper and pencil method that’s used in hospitals right now. Another, iCaregiver—an iPad app suggested by a geriatrician from Saskatchewan—was built to remind elderly patients to take their medication, and then alert caregivers if a dose is missed.

“Over the weekend, you can build a prototype at zero cost,” said Chowdhury, who is in Montreal on a year-long Sauvé Scholar fellowship. But of course, there’s the question of whether gizmos developed over the course of a couple of days are truly viable. Nikolai Bartkovski, a Toronto-based entrepreneur and founder of health-care startups like HealthAware, noted that even those prototypes that seemed most likely to succeed would need a lot of refining and market testing.

Chowdhury acknowledges the problem. “The hard part is getting teams to continue to work together, encouraging them, facilitating them to move beyond what happened on the weekend,” he said. To help with the process, he organized a launchpad that showcases the talent and technology that came out of the weekend, and he’s already working on a followup event in Toronto to take place later this year.

For now, HackingHealth teams like Dr. Merani’s will work on getting pilot projects in place. “If we can get early adopters of this product at a small hospital, we can see if it works, and move forward,” he noted, smiling. Viable or not, this kind of idealism and quick execution is refreshing in Canada’s health landscape.