Toronto's economy doesn't get the respect it deserves

Toronto is Canada's most important economic engine, yet it's continually shortchanged when it comes to government funding. It's time for that to stop. 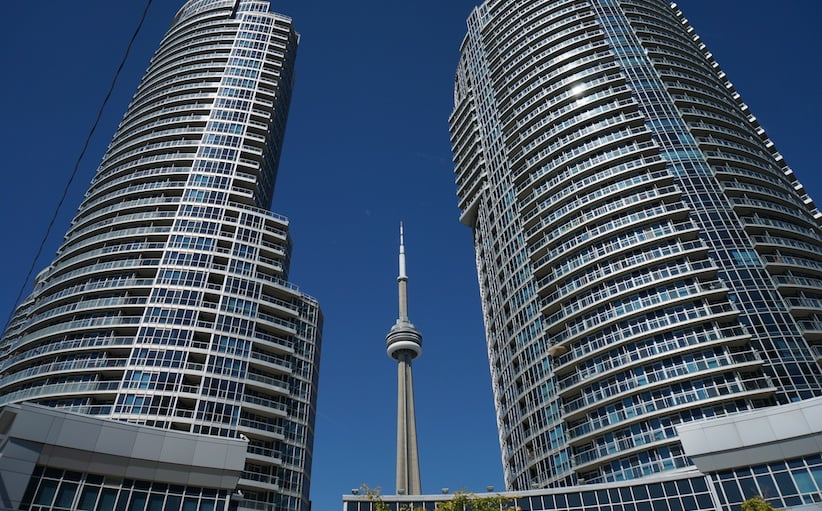 It’s the city that every Canadian loves to hate, yet Canada wouldn’t be Canada without Toronto.  No, this isn’t troll bait. People should care what happens to Toronto. Here’s why.

On Monday Statistics Canada put out a new data series about “local” economies, showing how much our cities contribute to the national economy. The census metropolitan area* of Toronto pumped out $330 billion in 2013, the last year for which StatsCan conducted this exercise. That’s virtually equivalent to the GDP of the entire province of Alberta GDP ($331 billion) and within spitting distance of Canada’s second-largest province, Quebec ($337 billion).

Since the 2008 global economic crisis, much has been made of how Alberta’s rapid rise created a new economic magnetic pole in Canada. But as vital as resource growth was to Canada’s recovery, Toronto’s relative economic importance was only slightly diminished between 2009 and 2013 as Alberta boomed; Toronto’s share of national GDP declined from 19.2 per cent to 18.6 per cent. But of course since 2013 the story of Alberta’s economic miracle was interrupted—and possibly ended—as the price of oil collapsed in 2014 and again further in 2015. Meanwhile, since 2013, growth in numerous and diverse sectors that are disproportionately concentrated in Toronto (construction, real estate, finance, professional and technical services, IT and even some manufacturing) mean that Toronto’s economy has likely continued to generate roughly one-fifth of Canada’s GDP. Much as it has since at least 2001, according to analysis by Statistics Canada.

This shouldn’t really be a surprise when one considers the second important fact about Toronto that nobody ever talks about: The Toronto census metropolitan region is North America’s fourth-largest city, and Canada’s largest city, home to 20.4 per cent of all Canadians.  According to World Bank statistics, Toronto is bucking an international trend, as a higher concentration of Canadian residents have steadily chosen to live in the city over time, the opposite of what is happening in all G7 nations.

So roughly a fifth of Canada’s population generates roughly a fifth of its economic activity. Doesn’t that make Toronto’s importance a non-story? Quite the opposite. Many business leaders, pundits and politicians have talked up how much Alberta’s oil and gas sector matters to the whole economy. Rarely does anyone go to bat for Toronto’s economy in the same way. Consequently the funding support provided to the two regions, and the attitude to public expenditures in each, are fundamentally different. Cities in Alberta, like Calgary, have been spending on infrastructure to accommodate the rise in population and activity. Toronto, on the other hand, has been trying to contain costs, even as the population being added to this city is three times larger than the population growth that has been occurring in Calgary. Toronto’s operating budget in 2013 was $10.9 billion and its capital budget was $3.7 billion. In 2016, the operating budget was down to $10.1 billion and its capital budget declined to $2.2 billion.

Toronto doesn’t have the revenue tools of the provinces, either, despite the fact that it eclipses in size eight (or likely nine now) provinces. Regardless of the merits of road tolls, the fact that Ontario Premier Kathleen Wynne recently rejected what the City of Toronto council chose as a new revenue measure says it all. Meanwhile, taken together, local governments in Canada account for about 20 per cent of all government revenues and expenses. Of that, Toronto makes up just 6.7 per cent of all local government spending and only 1.3 per cent of general government expenditures in Canada. This for a municipal region that serves more than 20 per cent of the Canadian population and is responsible for about the same share of the nation’s economic output.

It is true that most of the public services we enjoy come from more senior levels of government in the form of health and education spending. And it is also true that large, dense communities are cheaper to serve. Economies of scale are meaningful realities for both public and private goods and services. More resources are needed, however, to make sure Toronto’s aging infrastructure is maintained and expands rapidly enough to adjust for its population growth and increasing population density.

Put simply, Toronto ‘s future is underfunded. If you don’t believe me, take the word of City of Toronto’s city manager.  And the longer it takes for Toronto to tackle its funding issues the more Canada risks watching its single most important source of economic power slip away. Canada’s macro-economic story unwinds rapidly if that happens. Canada is the 10th-largest economy in the world with a fraction of the population of the other members of the top 10 list, but there’s no guarantees that what got us there will keep us there.

From time to time over the years, frustrated Torontonians have argued for the creation of a new province or even a city state structure, in order to be able to wrestle more directly with chronic funding issues. That’s not likely to happen. But what might break the logjam and get targeted resources to places where most people live is the development of a national housing strategy and a national transportation strategy. The two are inextricably intertwined with federal immigration policies which add new people to our communities across Canada on a temporary and permanent basis each passing year, with no policies to address critical questions like: Where will they live, and how will they get to work if they can’t afford increasingly expensive downtown cores?

Tackle these problems, and you’ll solve much of what ails Canada’s biggest, most unloved city.

Armine Yalnizyan is an economist based in Toronto, and a regular business columnist on CBC Radio’s Metro Morning. Follow her on Twitter: @ArmineYalnizyan

* This article has been updated to make it clearer that Toronto GDP refers to the Toronto census metropolitan area, as measured by Statistics Canada