Crude prices may dropping, but diluted oil sands bitumen is actually worth more than it was four months ago 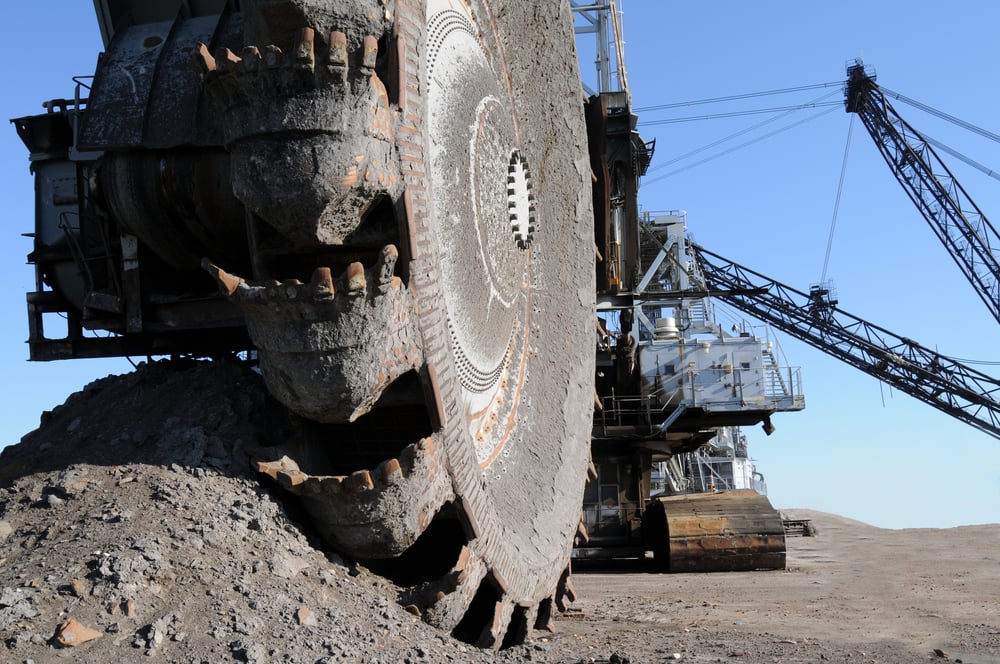 Since mid-June, global oil prices have been softening, dropping from a peak value of $115 per barrel the week of June 20th to last week’s average of $97 per barrel with further decreases recorded this week as well.  These decreases have been read by many as warning signs for the oil sands, and it’s likely that they should be taken as such overall, but they also provide an illustration of how many other factors affect the value of oil sands bitumen.  For, you see, bitumen has not followed the same trends. The value of bitumen, assuming that it were sold as diluted bitumen, was about the same last week as it had been in mid-June—about $83 per barrel, in Canadian dollar terms.  As of last week, heavy oil in Alberta was selling at its lowest discount to global commodities since early 2011.

There are three primary reasons for this movement—first, changes in the North American crude market have led to reduced discounts for Canadian crudes; second, changes in the Canadian dollar have lessened the shock due to global crude price decreases; third, a significant drop in the value of diluents has changed the value of bitumen sold as diluted bitumen. 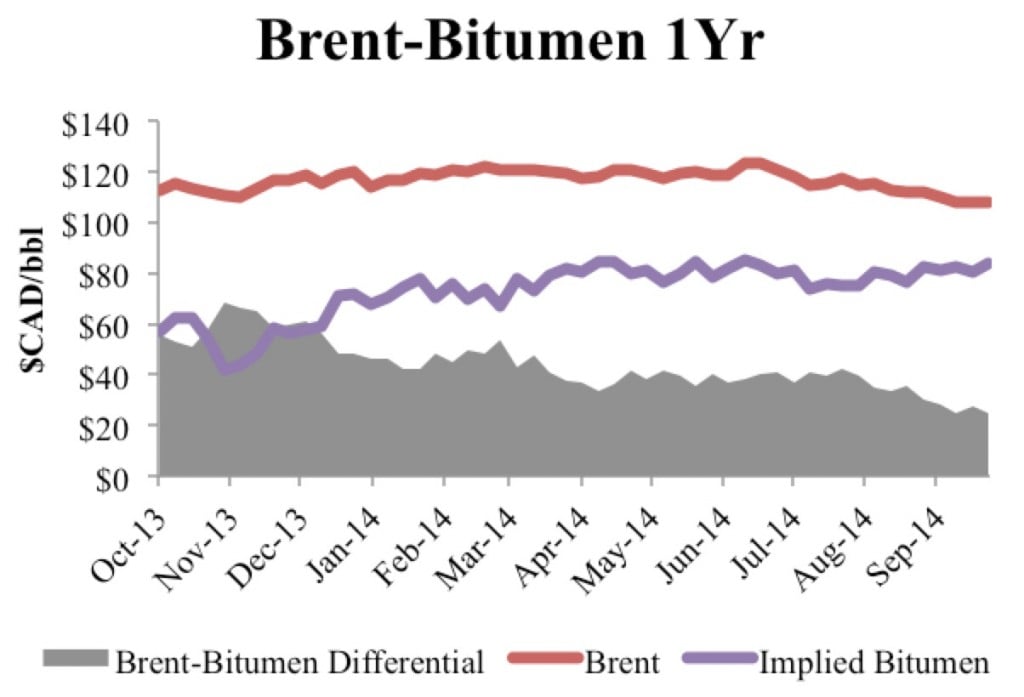 Let’s start with the value of bitumen—it’s not a widely traded commodity in its pure form, since it can’t be shipped by pipeline without being diluted.  As a result, we often see diluted bitumen or Western Canada Select prices equated with bitumen prices.  It’s crucial to note, however, that while diluted oil sands bitumen may trade at a small discount or premium to Western Canada Select, a barrel of diluted bitumen is about 30% diluent.  The value of bitumen itself can be derived if you net out the value of the diluent–usually a natural gas liquid or condensate–which currently trades at a premium to light oil in Canada. If we look at the last week of September, 2014, condensate traded at around $100/barrel in Edmonton, while diluted bitumen traded at around $88 per barrel.  This would imply that the value of the bitumen in the barrel was approximately $82.85 per barrel.  It is this implied value of bitumen which you see graphed above.

The last and often ignored piece of the puzzle is the value of diluent. In mid-June, condensate at Edmonton was trading at over $116 per barrel – prices which declined to just under $100 per barrel last week.  This decrease means that the value of diluent in a barrel of diluted bitumen has decreased by almost $5 per barrel – a decrease large enough to compensate for the decrease in the prices paid for diluted bitumen over that time frame.  For simplicity, if you assume a facility is able to get WCS prices for its diluted bitumen, the bitumen part of these diluted bitumen barrels (70% of the barrel) would have been worth $58.40 in mid-June and $58.57 last week.  If you scale these up to a per-barrel-bitumen basis, you find prices of $83.45 per barrel in mid-June and a slightly higher $83.68 last week.

What should you take away from all this?  Remember that an oil sands project is, fundamentally, still an oil price bet, but that the product is priced locally in ways which may differ significantly from global crude oil prices over long periods of time. Over the past 3 years, we’ve seen historic discounts between global crude prices and Alberta bitumen values but those discounts are lower today than they have been since early 2011.  While global oil price decreases are a warning sign for oil sands, in this case they aren’t associated with a whole lot of pain in Alberta.