Canada was warned of the coming Holocaust. We turned away 900 Jewish refugees, anyway.

Canada knew. Britain knew. The U.S. knew. They knew because a Jewish trade unionist warned them what was coming. Today marks the 75th anniversary of his suicide. 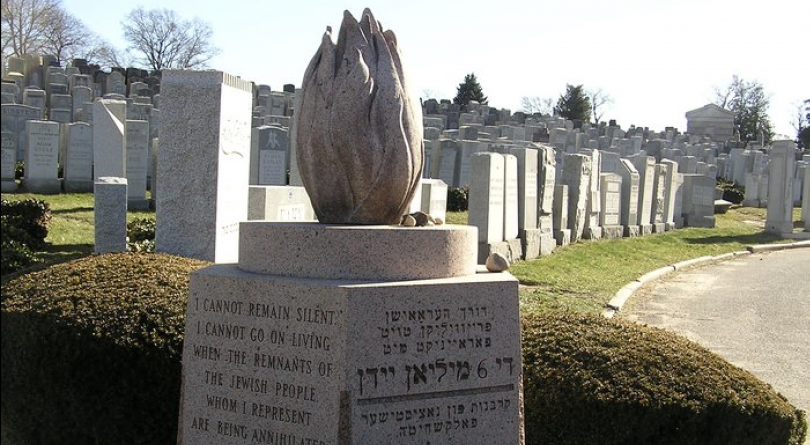 The six-sided stone monument in New Mount Carmel Cemetery in Queens, New York where the ashes of Shmuel Zygielbojm, who had tried to warn countries of the atrocities being committed by the Nazis before World War II, are buried.

In the New Mount Carmel Cemetery in Queens, New York, in Section 3 of Block B, in Area 10C, there is a monument. It’s not a gravestone. It’s a six-sided stone column topped by a sculptured flame that marks the location of the cremated remains of a brave Jewish trade unionist, Shmuel Zygielbojm, whose ashes had been discovered in a shed in the Golders Green Jewish Cemetery in London by his only surviving son, Joseph, a NASA scientist, in 1959. Joseph wanted his father’s remains brought to America, and two years later, Shmuel’s ashes were interred at a solemn ceremony at New Mount Carmel.

This week, Prime Minister Justin Trudeau pledged to offer a Parliamentary apology for the June 1939 decision by the government of William Lyon Mackenzie King to turn away the St. Louis, an ocean liner carrying 900 Jewish refugees. They had boarded weeks earlier in Hamburg, Germany. Forced to return to Europe, 254 of the passengers ended up dying in the Holocaust. To understand something of the depravity of Mackenzie King’s decision, it is important to understand something about the story of Shmuel Zygielbojm.

Today marks the 75th anniversary of Zygielbojm’s suicide. His body was found in the small flat where he lived near London’s Paddington Station, on May 12, 1943. After having spent nearly a decade in the anti-Nazi resistance in Poland, Germany, France and Belgium amassing meticulous evidence of the brutal dispossession, persecution and finally the mass murder of the Jews of Europe, Zygielbojm, the Jewish Bund’s representative to Poland’s government in exile in England, had lost all hope.

The week Zygielbojm took his own life, the Warsaw Ghetto was in flames. Roughly 50,000 of the ghetto’s Jews were soon to be crowded into boxcars and sent away to extermination camps. Eventually, three million Polish Jews – half the Jewish death toll in the Holocaust – would be slaughtered. The ghetto uprising was in its final days, having cost the lives of 13,000 people, among them Zygielbojm’s wife Manya and his eldest son Tuvla. In the hours before taking a fatal dose of sodium amytal, Zygielbojm wrote his final letter to his colleagues. It was a suicide note. 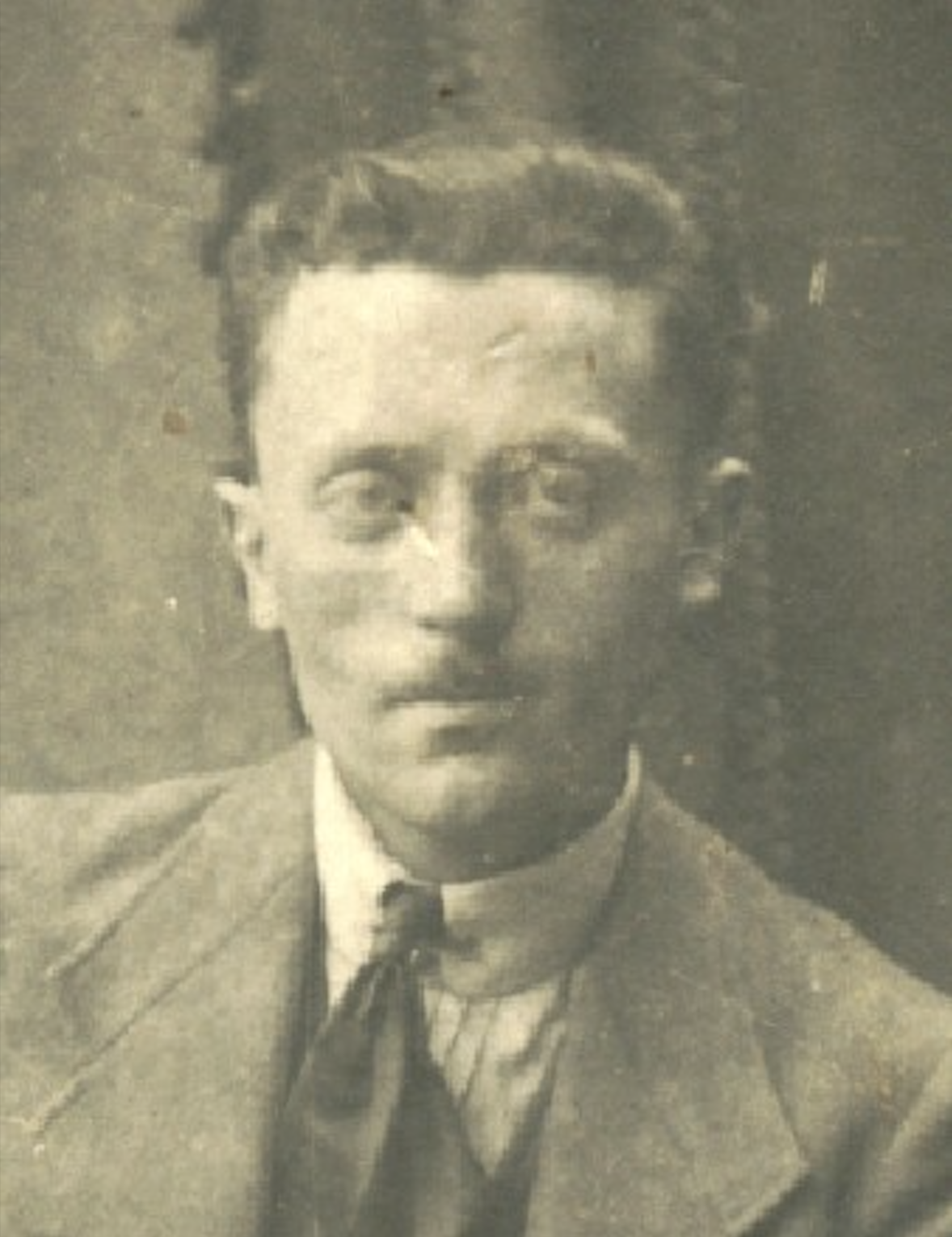 Jewish trade unionist Shmuel Zygielbojm took his life on May 12, 1943, in London, U.K. after trying and failing to warn the world about what the Nazis were doing. (Provided)

“The responsibility for the crime of murdering all the Jewish population in Poland falls, in the first instance, on the perpetrators,” Zygielbojm wrote, “but indirectly it also burdens the whole of humanity, upon the peoples and governments of the Allied states that, so far, have made no effort towards a concrete action to put a stop to this crime.”

This speaks directly to the depravity of the government of William Lyon Mackenzie King, which Trudeau says he intends to address by way of a formal apology in the House of Commons. The point is that Canada knew. Britain knew. The United States knew. In Ottawa, London and Washington, everybody knew what Europe’s Jews had been suffering, right through the 1930s, and right through the 1940s. And they knew, specifically, because of the efforts of Zygielbojm and his colleagues.

It has been conventionally held that the extent and scale of Jewish persecution was unknown outside Nazi-occupied Europe, and the Allies’ failure to even bomb the rail lines leading to the death camp complex of Auschwitz-Birkenau was merely a regrettable matter of strategic military exigency. A new exhibit opened last month at the Holocaust Memorial Museum in Washington, D.C. presents a dramatically and disturbingly different picture. A crowd-sourced research effort that went into the exhibit discovered 15,000 newspaper articles and scores of newsreel productions between 1933 and 1945 demonstrating that Americans were quite familiar with the most specific details of the Third Reich’s barbarism. Saving Jews simply wasn’t a priority.

RELATED: The untold story of the Ritchie Boys

American immigration rules allowed only a few thousand Jews into the country annually – Canada’s immigration rules were similarly restrictive. A November 1938 American Institute of Public Opinion poll found that 71 per cent of respondents answered “no” to the question: “Should we allow a larger number of Jewish exiles from Germany to come to the United States to live?” Even though 94 per cent of Americans said they disapproved of the Nazis’ treatment of the Jews, as late as May 1940, more than 90 percent of poll respondents still opposed military intervention.

Zygielbojm spent more than a year travelling throughout the United States trying to raise awareness. It was due largely to Zygielbojm’s efforts that the Nazis’ atrocities were so well known in Britain and North America during Adolph Hitler’s early days in power. By June, 1942, the Nazis had already exterminated at least 700,000 Polish Jews. That year, Zygielbojm’s book, “Stop Them Now: German Mass Murder of Jews in Poland,” was widely read.  Zygielbojm was routinely interviewed by the largest-circulation newspapers, and BBC reports about his research caused a sensation. In one interview, Zygielbojm hinted at the depths of his despair: “It will actually be a shame to go on living,” he said, “if steps are not taken to halt the greatest crime in human history.”

But no effective steps were taken, and for Canada, allowing even a few hundred Jewish refugees to disembark from an ocean liner headed for Halifax was too much to ask. Already turned away from Cuba and the United States, the St. Louis had nowhere else to go. Steaming back east across the Atlantic, the ship’s heroic captain, Gustav Schröder, attempted to negotiate his passengers’ resettlement outside Germany. 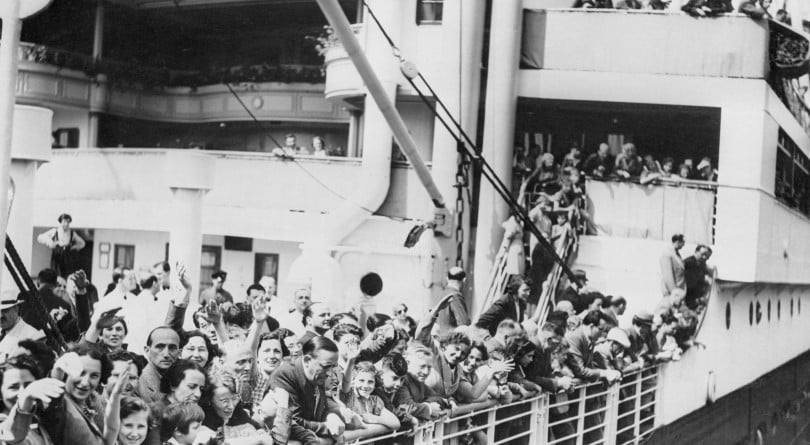 A crowd of German-Jewish refugees aboard the MS St. Louis ocean liner wave as they arrive in Antwerp, Belgium, after wandering the Atlantic for thousands of miles. The boat was denied entry when it reached the port of Havana, Cuba, even though passengers held documents permitting them to enter the country. (Getty Images)

Britain agreed to take nearly 300 passengers. The rest were taken in by Belgium, France, and the Netherlands, and those countries fell to the Nazis within months of the ship’s arrival at the Belgian port of Antwerp. Of the 254 St. Louis passengers who were killed over the following two years, most were murdered in the death camps of Auschwitz and Sobibor.

“It was a miracle,” Ana Marie (now Ana Marie Gordon) told me. Now 83 and living in Toronto, Gordon said the apology Trudeau says he intends to offer is heartening. “I think it’s a very nice thing to do,” she said. “Many other countries would not do this,” although the United States issued a formal apology several years ago. “Today we have many more refugees than even in those days, it’s more widespread all over the world, and some find refuge, and some don’t. Canada is one of the few countries that does accept refugees, and it is very laudable.”

“‘Never again,’ they say. But the world doesn’t learn”

Gordon has few memories of her childhood. She remembers when she and her mother were in a Red Cross convoy headed to Sweden – part of a prisoner exchange between the Swedes and the Nazis – and the convoy was accidentally bombed by the Allies. A Dutch woman, a friend of her mother’s, was decapitated. Gordon also remembers the happy day she and her mother learned that her father was still alive. “And I am very happy now that I’m alive,” she said, “even though so many people from the ship died, because they were rejected.”

The larger questions, the ones that haunted Zygielbojm, also mystify Gordon. Why do mass atrocities that still produce millions of refugees around the world continue to happen? Why does the world allow these horrors to happen? “’Never again,’ they say. But the world doesn’t learn.”

Or what the world learns, the world soon forgets. Last month, a study conducted by the Conference on Jewish Claims against Germany found that two-thirds of American millennials do not know what Auschwitz was. Auschwitz was the largest of the Nazi concentration camps. More than a million Polish Jews were killed there. One in five millennials didn’t know what the Holocaust was.

At the New Mount Carmel Cemetery in Queens, a portion of Zygielbojm’s last letter is carved into the sides of his monument, in English, Yiddish and Hebrew: “My comrades in the Warsaw Ghetto fell with arms in their hands in their last heroic battle. It was not given to me to die together with them, but I belong to them and to their mass graves. By my death, I wish to express my strongest protest against the passivity with which the world observes and permits the extermination of the Jewish people.”

It was exactly that passivity that animated Mackenzie King’s government when the St. Louis, with more than 900 Jews aboard, was sent back to Europe, in June 1939.