The link between resource extraction projects and violence against Indigenous women is a 'serious problem' that demands attention, the report found 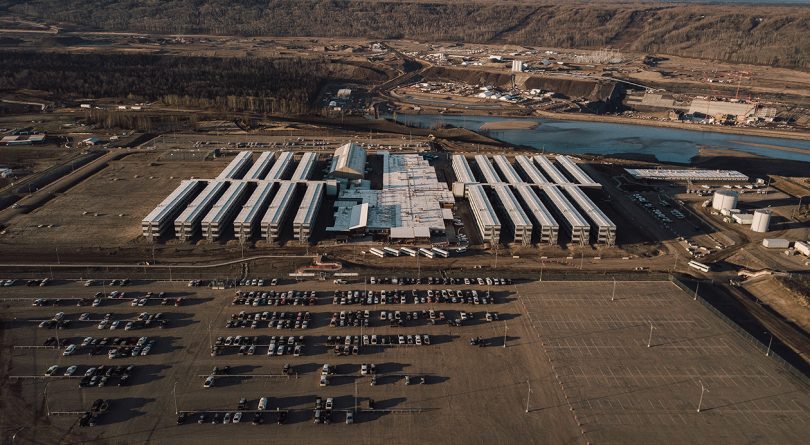 Deep inside the national inquiry’s final report into the widespread violence perpetrated against Indigenous women and girls—a sprawling 1,200-page document released Monday at a ceremony in Gatineau, Que., declaring their experience in this country as genocide—there’s a section that draws attention to a more immediate danger. It is easily overlooked amid the pages of other crucial findings and recommendations, but contains a thread we may hear more of in the coming months. The report finds resource development projects, and the worker camps that make them possible, a threat to Indigenous women.

The chapter in the report, regarded as a “deeper dive” into a particular issue facing Indigenous women and girls, as well as 2SLGBTQQIA people, describes the connection between an influx of transient workers—those who arrive in mostly isolated towns and cities from elsewhere to work in mines or industries like oil, gas or hydro—and higher rates of sexual assault, harassment, STIs and women entering the sex trade. It points to rampant drug and alcohol abuse among workers housed in camps, compounded by long hours, above average pay and a tendency to “blow off steam.” Resource projects in Canada routinely draw workers from across the country and around the world. This reality, the inquiry found, leads to a mostly male workforce that typically has no connection to the people or place.

READ MORE: ‘How we treat women’

“There is substantial evidence,” the final report says, “of a serious problem that requires focused attention on the relationship between resource extraction projects and violence against Indigenous women.” The impacts on women and girls, the report explains, has never been a part of the decision-making process when it comes to deciding the fate of projects in northern B.C., particularly around the city of Fort St. John. “Moreover, even though most companies have sexual harassment policies,” the report says. “It is not clear that these policies are being consistently implemented in a meaningful way.”

Maclean’s published a feature last month detailing the impact of industrial camps on First Nations women in northern B.C. and Manitoba; nearly a dozen victims of either sexual assault or harassment on the part of workers shared their stories. Only one had reported what she suffered to police, and another woman said that, after she reported being sexually harassed by a coworker to a supervisor, the employee was allowed to remain on the job. Their accounts closely mirror the findings in the national inquiry’s final report.

The final report offered five recommendations on what is fast becoming a flashpoint issue in areas where resource extraction projects are under way. One calls for all industries to consider the safety and security of Indigenous women, while ensuring “their equitable benefit from development, at all stages of project planning, assessment, implementation, management, and monitoring.” Another calls on governments and “bodies mandated to evaluate, approve, and/or monitor development projects” to develop and monitor a gender-based analysis throughout the entire life of a project. A third recommendation calls for all impact-benefit agreements to include provisions addressing the impact the project will have on Indigenous women and girls.

There’s a fourth recommendation that could have major implications for Manitoba. It calls on federal, provincial and territorial governments to fund more inquiries into the relationship between resource extraction and violence against Indigenous women. Without going into detail, the report says: “At a minimum, we support the call of Indigenous women and leaders for a public inquiry into the sexual violence and racism at hydroelectric projects in northern Manitoba.” Though vague, the statement refers to a report released last year by a provincial agency in Manitoba detailing the sexual abuse and rape of Indigenous women at the hands of Manitoba Hydro workers in the 1960s near the northern town of Gillam. It sparked a nationwide conversation about the looming threat of so-called “man camps”—especially those that will eventually dot the route of the Trans Mountain expansion if and when shovels hit the earth.

To be sure, there are many of the 231 “calls for justice” inside the national inquiry’s final report deserving Canadians’ urgent attention. But the ones involving resource extraction, along with the potential dangers they pose, will be impossible for Ottawa to ignore. The feds are close to wrapping up their Trans Mountain consultations with First Nations, and last month the B.C. Court of Appeal ruled that the province doesn’t have the jurisdiction to restrict oil shipments through its borders—a timely victory for Ottawa’s pipeline. “Even if it were not intended to ‘single out’ the [Trans Mountain expansion],” the ruling said of B.C.’s proposed measures, “it has the potential to affect (and indeed ‘stop in its tracks’) the entire operation.”

“This is an uncomfortable day for Canada,” Prime Minister Trudeau told the solemn crowd in Gatineau. “We have failed you. We will fail you no longer.” But those words are nothing right now without laws or a commitment to implement the national inquiry’s recommendations. The numbers alone should be impossible to ignore. It took 24 hearings, 2,386 testimonies and more than three years to give hope to just four per cent of Canada’s women. And when it comes to resource projects, and the worker camps that follow them, that’s what Indigenous women want to see. He and his colleagues had better hurry.