How to hunt down the world’s most dangerous arms dealers

Kathi Lynn Austin talks to Sarmishta Subramanian about the front line of the illicit weapons trade, where she fraternized with those who run it while gathering evidence to thwart their enterprise 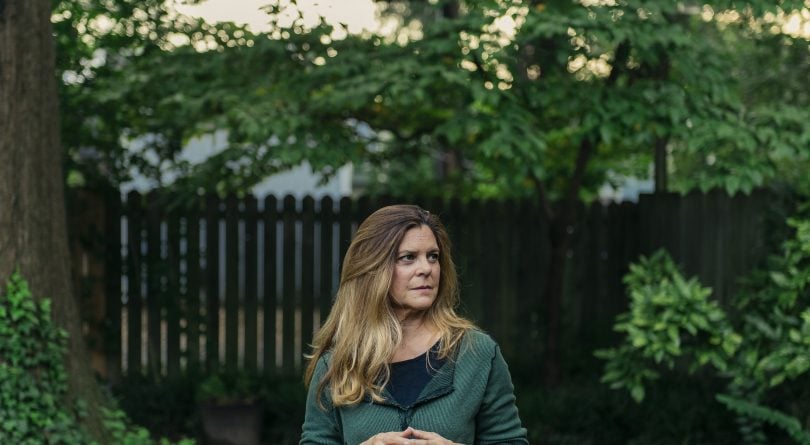 Over the past 30 years, Kathi Lynn Austin has been on the front line of the illicit weapons trade, fraternizing with those who run it while gathering evidence to thwart their enterprise. Her work was critical in putting Viktor Bout, a notorious Russian arms dealer known as the “Merchant of Death,” behind bars. She provided key testimony against Rwandan génocidaires. She played a key role in stopping the annihilation of the world’s biggest rhinoceros population in Kruger National Park, South Africa. In a recent episode of the Maclean’s podcast “The Power of One,” a series about individuals who have changed the world, Austin talked to host Sarmishta Subramanian about what propelled her into this line of work, and what keeps her going back.

Q: When did the illegal arms trade become your focus? Was there a moment when you realized, this is what I’m meant to do?

A: I left college for an internship at a think tank called the National Security Archives in Washington, D.C., which was pioneering the Freedom of Information Act, trying to obtain declassified government documents that showed behind-the-scenes U.S. covert actions abroad. They put me on something called the Iran-Contra affair. Well, the Iran-Contra affair was about illegal arms shipments that different U.S. entities were involved in. I was looking at all these documents and seeing exactly how illegal arms operations were taking place, the mechanics of it, the logistics of it, who was doing it. I could very clearly see that a lot of it led to gross human rights abuses. And because I had studied African history, and been involved in the anti-apartheid movement at college, I wanted to go off to Africa and basically discover the Iran-Contra affair of Africa.

Q: When you were in Rwanda in the aftermath of the 1994 genocide, you managed to track down Colonel Théoneste Bagosora, who was later convicted of masterminding the slaughter of 800,000 Tutsis and moderate Hutus. Can you describe that encounter to me?

A: It still lives with me; it’s very much embedded in my soul. He had gold necklaces around his neck, and aftershave lotion that I still remember as being a bit much. He confessed to me that as soon as he acquired more weapons, he was going to make sure that his troops—who were hiding in Zaire, now the Democratic Republic of the Congo, DRC—went back and continued the slaughter of as many Tutsis as possible.

Q: How did you come to be sitting with him?

A: I had planted myself down in the border area of Zaire, just across from Rwanda, where all the génocidaires had basically fled. I was sort of a lone person on the ground in my everyday skirts and bare legs and I would go to the bars and hang out with all of these nefarious characters. I got very chummy with them and I would hear the details of where or how they were bringing in weapons. I think the boldness and brashness of me being on the scene, and that fact that I was a woman and they didn’t think I was threatening, was one of the ways I managed to sort of beguile them and get into their company.

Q: In 2004, you were part of a UN team that conducted a series of surprise inspections at an airfield in the DRC. Can you take me back to that day? What was your mission?

A: Exactly 10 years earlier, I’d exposed illegal networks operating in that same place. We named and shamed, but we were unable to bring anyone to justice. And here we were, with a war in the Congo, the same thing going on 10 years later. I had an opportunity to go after those very same players, and Viktor Bout was among them.

We woke at dawn; the mission was supposed to activate at 6 a.m. I was expecting UN peacekeepers to be at the airfield, and they weren’t there. So, I went to the civil aviation authorities and told them I was going to run this snap inspection and they should get behind this and be on the right side of history. Once we began to interact with the pilots and air cargo crews, the peacekeepers showed up and helped us. By the end of that day, we had inspected three airfields, 32 airplanes. The paperwork we acquired would later assist with identifying who Viktor Bout’s networks were, and how to freeze his assets. The only time I heard Bout get upset was at his trial, in a recording [made during a sting operation] when he relayed that because of that snap inspection, funds of his were frozen. And that really made him angry. That was a moment when I felt like, wow, we were victorious. All the efforts and risks and dangers really paid off. 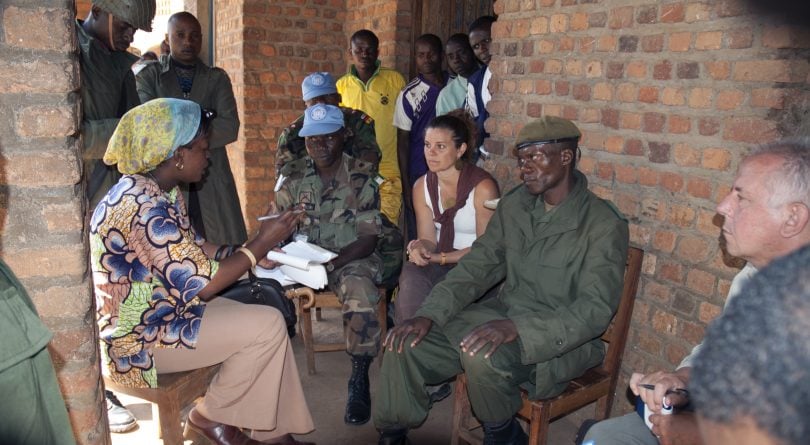 Q: You’ve had some tense moments over the years. You snuck into Syria to look for proof of arms trafficking. You were caught in crossfire. You survived multiple plane crashes.

A: Yeah, the plane crash in the Congo sticks out. I had managed to convince a pilot to take me on an arms run. We were going to deliver the shipment to Kinshasa. I was sitting up front with the pilot, engineer and co-pilot, and there were 30 freeloaders hitching a ride with us. We took off, and very quickly, the load master came into the cockpit and closed the door behind him. And when he came in, it was very clear we had picked up chlorine gas rather than illegal weapons. And the gas was in poorly lidded containers, and had been released. We had to have a crash landing. There were only three working oxygen masks that five of us had to share. Once we crash-landed, we all rushed off to the beach, away from the airplane. And we realized everyone in the back of that plane had died.

We were stranded in this out-of-the-way place, we had just survived this horrific event, and the pilots begin to open up to me about their exploits delivering weapons everywhere else. It was this incredible gift of sources and information that, had we not survived something that was life-and-death, I would never have had access to.

Q: Tell me about the rhino poaching crisis. When did that first land on your radar?

A: I had worked with conservation groups in the early ’90s, looking at how often guns were being traded for ivory or rhino horn. Now they were concerned about a resurgence of wildlife crime and the targeting of elephants and rhinos. In 2014, I travelled to Kruger National Park, which is home to 80 per cent of the world’s rhinos. When I got on the ground, I realized that nobody was tracking the guns being used by the poaching community. It kind of startled me because a lot of those people involved in anti-poaching operations had come from private security firms or had been involved in militaries in Africa, and the first thing that they should know to do is look at the enemy’s guns. So, I began to collect data about the guns used in poaching and I realized there was a single type of weapon being used, and that the serial numbers of the guns were very close. I was able to document who all the arms middlemen were, from the manufacturer in the Czech Republic and its American subsidiary all the way to the crime scene on the ground. I realized that our so-called allies, those who were supposed to be fighting against the poachers, were in fact involved. They had, based on my evidence, purposefully chosen not to look at the guns because they were getting a lot of funding from the conservation world and from foreign governments, and they did not want that cash cow to dry up.

In this case, I was actually able to get the manufacturer to stop producing the main gun, a high-calibre hunting rifle called the Safari Classic, probably the most prolific hunting gun there was. It is the first time in 30 years of going after illicit arms networks that I’ve actually stopped the production of a specific gun. 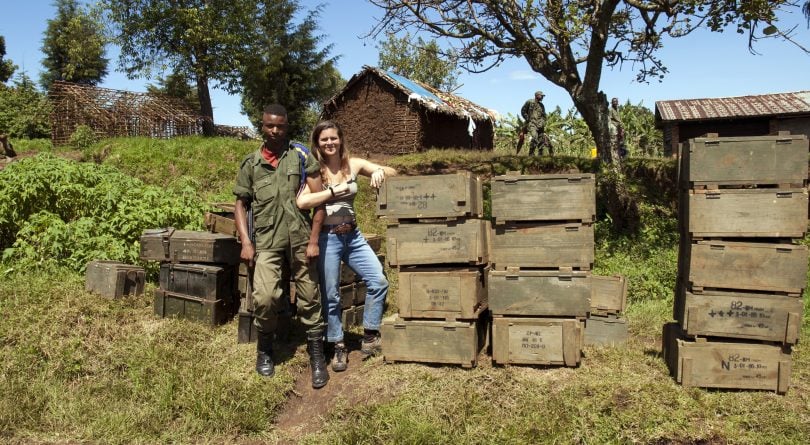 Q: You’ve talked about the advantage that being a woman conferred upon you. I can’t help wondering if it’s not also particularly scary to be doing this work as a woman. You’re right on the front lines in some very dangerous parts of the world. Have you ever had moments where you thought, what am I doing?

A: Yeah, I mean, just being in war zones is scary enough, right? My mom says I’ve put all the grey hairs on her head. But it’s like mafias or even drug networks—if you enter on their level, with their early-on consent, somehow you develop this kind of working relationship, a code of honour or respect. I do think because I’m a woman I’m given special exceptions. I don’t just barge in on these illicit networks; I really work my way toward them. And what I typically find by the end of my investigation is that I’ve been able to turn people within those communities. Yes, there is a level of fear. There is a level of risk. But I guess it’s become my world. And sometimes I feel very feral in the normal, conventional world. I’ve never gotten married and don’t have kids. This is not only my work, but it’s my passion. It’s my commitment. I am kind of lost in it. But I do feel like I know it. I know how it functions. I don’t take risks that I feel I would live to regret. I try to work within certain boundaries, ethical boundaries. And I always feel like the good is on my side.

This interview has been edited for clarity.

This article appears in print in the February 2020 issue of Maclean’s magazine with the headline, “Taking down the (very) bad guys.” Subscribe to the monthly print magazine here.

FILED UNDER: Editor's Picks Kathi Lynn Austin The Power of One