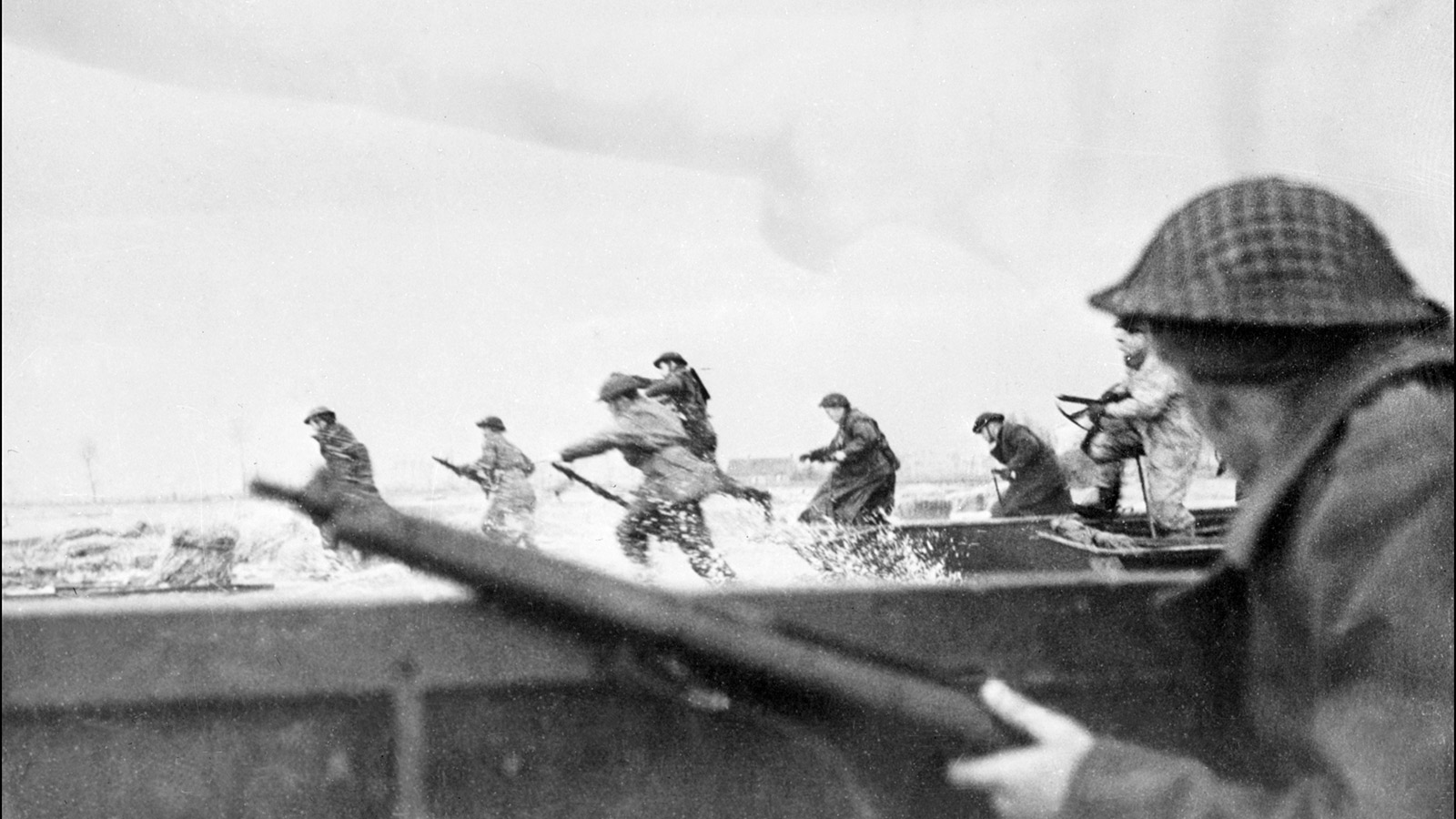 On June 6, leaders from across Europe and North America will meet near the beaches of Normandy for lunch. The meal will mark 70 years since D-Day, when Canadian, British, U.S. and other Allied troops, as part of Operation Overlord, stormed the coastline of German-occupied France and began the final, decisive assault of the Second World War. Meant to commemorate the battle, and honour those lost that day (including some 340 Canadians on Juno Beach), the 70th-anniversary gathering has itself fallen victim to great power rivalries.

In May, French officials confirmed that both Russian President Vladimir Putin and newly elected Ukrainian President Petro Poroshenko would attend the event. For the first time since Russia’s illegal annexation of Crimea and the hostilities that have followed in eastern Ukraine, leaders from Moscow and Kyiv will meet face to face. Putin’s planned presence has sparked considerable controversy, as indeed has Russia’s traditional downplaying of the Normandy invasion. It’s not the first time that the solemn business of remembering the Second World War has acquired an unceremoniously political tinge.

D-Day commemorations began soon after the war’s end, but it would be decades before it became an event of international fanfare. Germany was not invited until the 60th anniversary in 2004. Historically, Russia’s involvement has also proved politically fraught. In the early years after the war, Russia’s contribution to the Allied effort was overshadowed by tension with Soviet powers. Like Germany, the Russian Federation was not represented at D-Day celebrations until 2004. Even since then, Russia and its state media have sought to minimize the significance of the Normandy landings, emphasizing instead the surge of Soviet troops on the Eastern front. An article this past February in Voice of Russia explained that the war “was won on the Eastern front; the West’s D-Day was for all intents and purposes a mopping-up operation on the Western front and a mere support for the Soviet forces.”

France pushed for Putin’s attendance this year. “We may have differences with Vladimir Putin,” French President François Hollande conceded, “but I have not forgotten and will never forget that the Russian people gave millions of lives” during the war. The move was tacitly supported by the White House, which, according to a spokeswoman, hardly expected France “to disinvite Russia.” The effort has nonetheless proved highly contentious, especially among observers who already accuse Europe of being lackadaisical in its post-Crimea negotiations with Moscow. As one U.S. diplomat told GlobalPost.com last week, “To describe Putin as the skunk at the picnic would be an enormous understatement.” Russia still has tens of thousands of troops along the Ukraine border and has warned that an armed invasion of east Ukraine is a still-plausible outcome.

While the ongoing conflict in Ukraine has complicated the commemoration of the Second World War, the Kremlin is also using the memory of the war to justify its ongoing intrusion in Ukraine. Russian officials have dismissed Kyiv’s opposition forces as “fascists” and Russian rhetoric presents the Ukraine incursion as a continuation of the Soviet Union’s 1940s anti-fascist struggle. As for June 6, some worry about an especially awkward encounter between Putin and Britain’s Prince Charles. Last month, news outlets reported that the Prince, while on a royal tour of Canada, compared the Russian president with Hitler. At a subsequent press conference in St. Petersburg, a bristling Putin called the remarks “unacceptable” and “not what monarchs do.”

Petty politics have long had a habit of marring D-Day remembrances. In the lead-up to the 60th anniversary, for instance, then French president Nicolas Sarkozy was lambasted for failing to invite Queen Elizabeth II, the only current head of state who served during the war. Ten years earlier, in 1994, then Canadian prime minister Jean Chrétien was accused of using the memory of the war to make his case against Quebec separatism, after he gave a speech in Normandy arguing that wartime Canadian soldiers “did not live as anglophones or francophones.”

Still, for the most part, those who attend the June 6 event will be there for the right reasons. France will reportedly spend nearly $5 million on the D-Day commemorations. Local officials estimate that several hundred thousand tourists will flock to Normandy over the summer, to roam the many memorials and cemeteries that dot the remarkable region.

Related: “The ones you were sad for were all these boys that hadn’t had a life.” Remembering D-Day, 70 years later