Rescuing Syria's 'White Helmets' was the least the world could do

A daring plan kickstarted by Canada's Chrystia Freeland saved hundreds of civil defence workers—but only after they survived slander, persecution and bombs 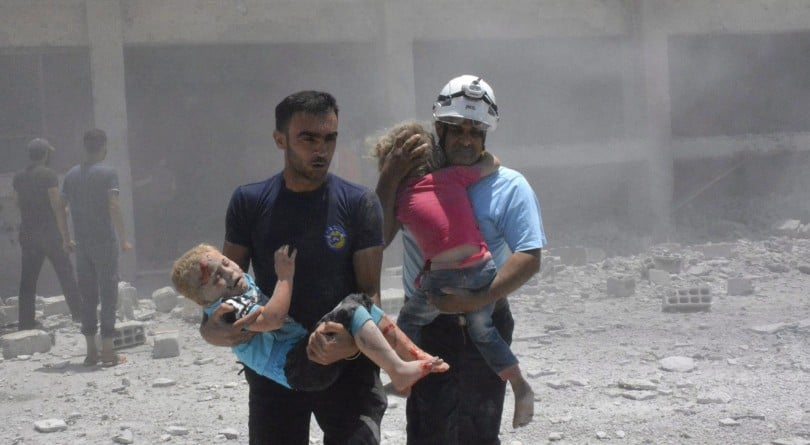 White Helmets carrying children after airstrikes hit a school in the western part of the southern Daraa in 2017 (Syrian Civil Defense White Helmets via AP, File)

It was high drama, the Israeli Defence Forces’ weekend evacuation of more than 400 Syrian “White Helmet” workers and their families, in the middle of the night, from the rapidly shrinking rebel zone in Syria’s Quneitra governate adjacent to the Israeli-held Golan Heights.

The top-secret rescue operation was forcefully kickstarted by Foreign Affairs Minister Chrystia Freeland during the July 11-12 NATO summit in Brussels, and Freeland deserves much credit for that, despite the tragedy involved. Backed mainly by the United Kingdom and Germany, the plan Freeland proposed was supposed to rescue 1,200 people, in three groups, but only one group made it to the Israeli border.

However gallant and thrilling the operation might otherwise seem, the backstory amply illustrates the uselessness of the international community in general and the worthlessness of the United States, in particular, in response to the ongoing atrocities in Syria.

Last month, in a crisis that was barely noticed in the NATO capitals and only rarely made the front pages, more than 300,000 people fled the cities and towns of Daraa governate, south of Quneitra. The two governates were supposed to be protected in a July 2017 “de-escalation” agreement between Donald Trump’s White House, Bashar Assad, and Assad’s backers in the Kremlin.

RELATED: Who are Syria’s White Helmets?

The agreement, like so many other “ceasefires” Assad and the Russians have signed, was soon ignored. For weeks this spring, Assad’s troops were observed massing in Daraa and Quneitra. On May 25 the U.S. State Department issued a warning against “any actions that risk broadening the conflict.” The American warning was, as usual, hollow. Only days later, leaflets began to fall from the sky above Daraa City: “The men of the Syrian army are coming.” And they came, backed by Vladimir Putin’s air force.

Encircled by Bashar Assad’s army, bombarded by rockets and bombed by the Russian air force in a relentless barrage that reached 600 airstrikes over a 15-hour period on July 4, tens of thousands of people streamed towards Jordan—but Assad’s forces had routed rebel groups from the frontier and the border was sealed. Fleeing north, the exodus stalled in Quneitra, and people started dying of hypothermia. The IDF sent in 300 tents, 30 tons of clothes and shoes, and 28 tons of food.

The rebels surrendered on July 6. 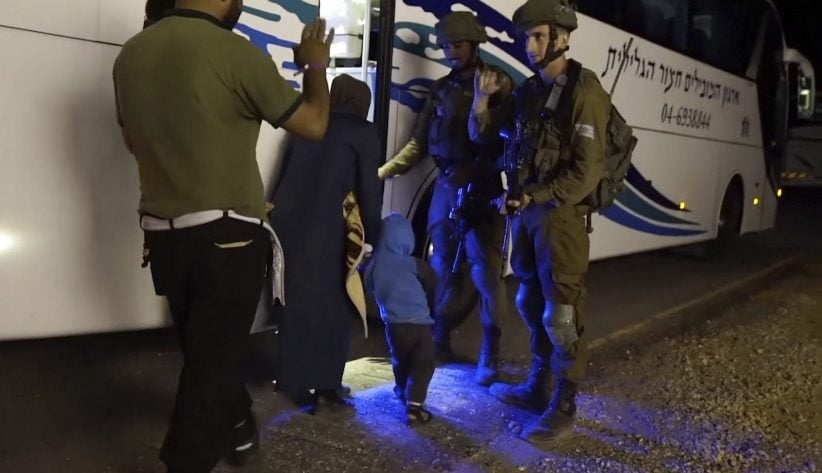 It was in Daraa that the Syrian revolution, first encouraged and then betrayed by U.S. president Barack Obama, erupted seven years ago. Roughly half a million Syrians have been killed. More than six million have been made refugees, and at least as many Syrians are trapped inside the country, displaced from their homes.

In the hours and days following the July 6 surrender in Daraa and Quneitra, rebels who agreed to surrender their heaviest weapons were put on buses bound for Idlib, a northern governate that is slowly being transformed into a kind of vast, open-air concentration camp. The White Helmets had no weapons to surrender, and nowhere to run.

RELATED: A heartbreaking image from Syria, in the subject’s words

“We feel a deep moral responsibility towards these brave and selfless people,” Freeland explained, and to any reputable observer of the Syrian catastrophe, the White Helmets of the Syria Civil Defence organization are every bit as heroic as Freeland says. Twice nominated for the Nobel Peace Prize, the grassroots first responders dig survivors from the rubble of bomb-collapsed buildings. They conduct training in how to survive chemical weapons attacks, oversee essential-service delivery and coordinate the evacuation of civilians from the front lines.

Besides their humanitarian work, the White Helmets have gained a reputation for their meticulous documentation of war crimes—and this is what has made them susceptible to summary execution by Assad’s forces. It has also made them the object of the most grotesque of the Kremlin’s various disinformation operations.

As soon as Russia began bombing Syria in September 2015, the White Helmets became the target of a massive Kremlin-inspired propaganda campaign, aided by a loose network of far-right and “anti-imperialist” activists in Europe and North America. Although consistently debunked by Reporters Without Borders, Amnesty International, Medecins Sans Frontières and others, lurid slanders about the White Helmets remain in circulation—including fabricated accounts of the White Helmets’ participation in “false flag” chemical weapons attacks, operating as adjuncts to al-Qaida, and so on.

The analytics firm Graphika has identified a network of 14,000 Twitter accounts that have spread these lies. Many of the accounts have been linked to users involved in the Russian interference in the 2016 U.S. presidential election. The Graphika research shows that Kremlin-linked bots and trolls slandering the White Helmets reached roughly 56 million Twitter users in 2016 and 2017. Conspiracy theories targeting the White Helmets have also been circulated by pro-Assad “journalists” such as Canada’s Eva Bartlett, Britain’s Vanessa Beeley and the American “anti-Zionist” Max Blumenthal.

RELATED: Putin is the new Stalin. Here’s why his poisonous gangland oligarchy will prevail

More than 200 White Helmets workers have been killed since the organization was founded four years ago. About 3,000 members are still active in the ruins of Syria’s cities. The organization is funded by a variety of governments and charities. Canada has contributed about $7.5 million to the organization since 2015.

After crossing into Israel in the early hours of Sunday morning, the White Helmets families were taken by bus to a refugee camp in Jordan, where they are expected to remain for up to three months while Canada and several European countries prepare for their resettlement.

The least we can do for these brave people is offer them refuge. And a heartfelt, abject apology for mostly just standing around and watching while their country was destroyed.