10 GIFs that debunk myths about carbon pricing in Canada

Tabatha Southey: I encourage you to read a new concise report about carbon pricing myths. But in order for it to be most useful, I’ve taken some liberties. 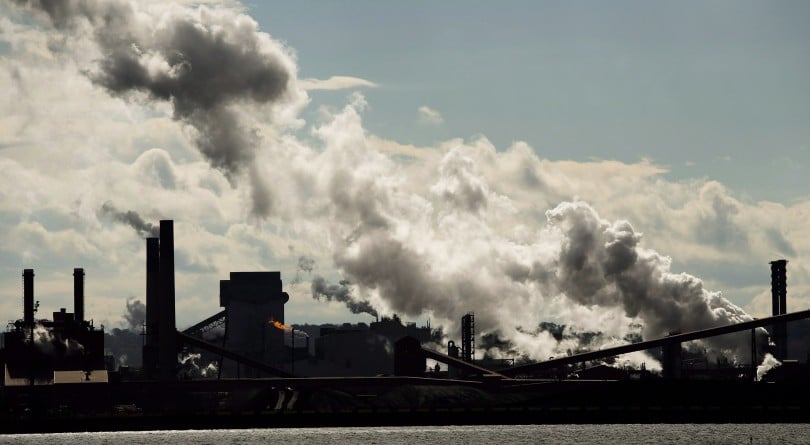 This week, Canada’s Ecofiscal Commission released a new report, “Ten Myths about Carbon Pricing in Canada,” because, in the words’ of Dale Beugin, the commission’s executive director, “It’s time to cut through the noise on carbon pricing and move to a better, more honest, evidence-driven conversation.”

Canada’s Ecofiscal Commission was founded in 2014 by a group of the country’s leading economists with the aim of broadening the national conversation on “ecofiscal” policies—that is, policies that encourage the things we want more of, so investment, jobs and innovation, and discourage things we need to have less of, so pollution and environmental damage. The goal of this week’s report is to get more facts about carbon pricing circulating while squeezing out some unfounded fears, and it could not have come a moment too soon.

Starting in 2019, after four years of work to co-ordinate approaches to climate policy in all parts of Canada, every jurisdiction across the country will have a price on carbon. Unfortunately, even though most Canadians recognize the need to take action on climate change and believe carbon pricing should be part of the solution, there is still a fair bit of uncertainty over what carbon pricing actually involves, what it will mean for the average Canadian, and how effective it will be. In short, even where there is a will to reduce Canada’s carbon footprint, and there is, there is still some concern about whether putting a price on carbon is the way to get that done.

Part of the problem is there’s nothing sexy about the facts around carbon pricing and climate change. Just the phrases “the country’s leading economists” and “broadening the national conversation” will, understandably, have many readers reaching for the more inviting pages of a 1991 Yellow Pages. I’m pretty sure at this point I’m exclusively addressing Brent from Alberta who never lets me down. Hello, Brent, this is pretty dry and sometimes dark stuff, isn’t it?

No wonder those who reject the idea that climate change is both happening and caused by human activity, and that’s a third of us, seem to dominate the narrative. No one ever said, “Talk co-ordinating approaches to climate policy in every jurisdiction across the country to me” and the noise climate scientists are trying to be heard over, is anger, fear and conspiracy theories. Those elements will always make for a better-rated drama, and ratings, via algorithms, often determine what news we read.

“We hope this report can serve as a resource to Canadians and help spur that conversation” said Mr. Beugin of Ecofiscal’s work, and I encourage you to read the concise report and watch the video. But in order for it to be most useful, I’ve taken some liberties with “Ten Myths about Carbon Pricing in Canada.” Here, instead, are Ten Gifs about Carbon Pricing in Canada, handily and sometimes adorably packaged for your Facebook responding and sub-Tweeting needs.

It’s a phrase mumbled a thousand times across a thousand tense family dinner tables, “Your economists were so preoccupied with whether or not they could, they didn’t stop to think if they should.” Today, we put a price on carbon, tomorrow carbon pricing schemes have learned to open economic doors like fiscal velociraptors! Nobody will be safe. Roaming packs of taxes will barely pause to tear open our pocketbooks before moving on to rip the economy to bloody shreds! Or so the story goes.

In reality, not only have experts thought about if they should implement carbon pricing, they have already implemented carbon pricing, around the world. In the U.S., pollution pricing was used in the 1980s to address the problem of acid rain. European nations have used carbon pricing since the early 1990s, Asia, South America, and African countries are adopting them as we speak, or heat up, as the case actually is, and they’re in place right here in Canada, with the results showing that this particular clever girl “protects our health, maintains economic growth, and keeps life affordable for households,” as Ecofiscal puts it. Alberta brought in North America’s first carbon price in 2007. British Columbia followed suit in 2008, and then Quebec in 2013. The mundane truth is that 85 per cent of Canadians lived in a province with carbon pricing before a national carbon price policy was even a twinkle in the national policy eye.

“People are never going to change just to save a few bucks,” cries everyone who has never listened to their parents gleefully explain how they travel 45 minutes out of their way to save a whole half-cent on each litre of gas they buy.

The truth is that people change their consumption habits in response to pricing—all pricing—but interestingly, this is even more true with carbon pricing. In British Columbia, drivers were four times more responsive to changes in gas prices brought about by the carbon tax than to price changes created by other market forces. The B.C. carbon tax went $10 to $35 per tonne over 10 years and has brought per-capita gasoline and natural gas use down by at least 7 per cent. Decades of data shows that carbon pricing works—even at low levels, which are a good place to start.

The reality is that under the federal system, 90 per cent of the revenues collected through carbon pricing will go directly to households when they file their taxes, with 80 per cent of families receiving carbon tax rebates larger than their carbon costs. In Alberta and Quebec some of the revenues fund infrastructure projects like transit that make it possible for people to lower their carbon footprint, and those people still get the same amount of money back. This is one of those what you can gain on the swings and gain on the roundabout situations. Families with one parent, large families and rural households will receive slightly larger rebates to ensure they are not unfairly affected by carbon pricing.

Carbon pricing will of course reduce the demand for carbon-intensive goods and services but at the same time it will increase the demand for low-carbon goods and services. In other words, the kinds of jobs we do will change, the total number of jobs we do will stay the same. People will still buy a fridge, stock it with food and occasionally need that fridge repaired. It’s just that in the future it’s likely going to be a more energy-efficient fridge because that’s the fridge that’s going to be the economically sound consumer choice.

The nature of the work we do has always changed. There are so few sundial polishers about these days but someone needs to repair your phone screen when you crack it using your all-purpose audio/visual communication, entertainment and information retrieval device as a flashlight to help dig your keys out from beneath the couch.

Generally, when technological and economic changes happen we, humanity, get to work. There may well be some retraining involved, as has been done in Alberta’s coal economy, but if it helps you sleep at night, analysis of the effects of B.C’s carbon tax suggests that, between 2007 and 2013 it was wash job-wise. And a clean wash. That’s a good thing. Studies in other places indicate similar outcomes

Myth #5: Big polluters are getting a break.

I don’t have time to explain this, but while this adorable red panda has your attention he suggests you stroll on over to YouTube and and watch Ecofiscal’s own short video on the subject.

If there is a cash grab, it’s the worst-designed scam in shakedown history. The federal government will return 90 per cent of the revenues it collects to households when they file their tax returns. The other 10 percent of the take will go towards efficiency projects for small businesses, schools and hospitals. If this is what passes for great scam today, Charles Ponzi is turning over in his grave. All the money will stay within the province it is collected in, and still a lot of people are going to hate the government for doing any of this.

The bottom line is, time is running out. Canada made commitments about what to do about the fact that time is running out and now the time is running out on those commitments. The government is holding the hot potato that is our increasingly overheated Earth, and there’s nobody to pass it to. Every nation already has a potato of its own. The root vegetable stops here. Indications are that a price on carbon tax is the fairest way to make the changes that Canadians are already feeling, from forest fires to floods that threaten their homes, to pollution that threatens the health of their children.

A carbon price is all about encouraging people and businesses to find innovative ways to avoid paying the carbon price. A carbon price says “Come at me, bro,” and that works. In B.C., people deked their carbon price through their cunning choice of vehicles and how they used them and that can work country- and economy-wide.

Myth #8: There is no point to carbon pricing if you rebate the revenues.

Sure, a case can be made for this if you believe that given the choice between “having more money than when you started with” and “breaking even,” people will pick the second option by not lowering their carbon costs. This myth relies upon the notion that people hate relatively easy money, and weatherstripping.

Myth #9: We can use other, better policies to shrink our emissions.

A price on carbon isn’t the only way to address the problem of reducing greenhouse gas emissions to address the problem of climate change but it is, in many ways, the most conservative and fiscally responsible one. Sure, you could give everyone a free electric vehicle and block up half their windows. A government could also pass a lot complicated, expensive-to-enforce regulations regarding emissions or even criminalize behaviours like driving your SUV to work every day, alone, even though you are blessed to live on a subway line.

On the other hand, they could leave all of those choices, the ones in your home and in your business, up to you, but ensure that, ultimately, while protecting industries and people during the transition phase, you pay for what they use. That’s what a properly implemented price on carbon does.

Myth #10: There is no need to reduce Canada’s emissions.

Canadians can toast each other smugly over hot tea and pretend that either climate change can only benefit us or that we are not the problem anyway. We can point to what our forests, wetlands, grasslands, and crops absorb and claim we as a country absorb more greenhouse gases than we emit, but that’s not true.

It’s down to us, and to the wire and, tempting as it is, we cannot afford to be like Bonus Gif #11 and sleep on this.