A reminder from Hell that saving lives will save the economy

Tabatha Southey receives a letter from the Prince of Hell, Master of the Fourth Circle, Father of Greed and Root of Evil 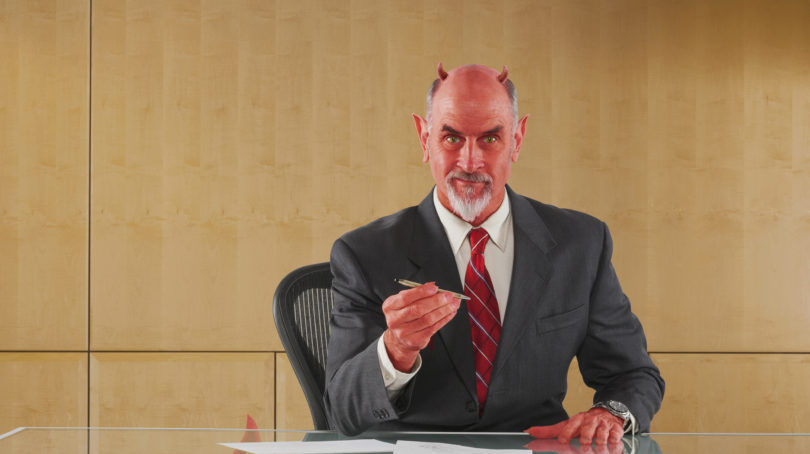 From the desk of His Infernal Highness Mammon, Prince of Hell

For Immediate Release (along with the hellhounds): It has come to my attention that certain elected officials and public thinkers in the pitiful nation of the Earth known as the United States of America have been proposing a scheme wherein the elderly, the otherwise vulnerable, or the just clean out of luck, are to be sacrificed upon the Altar of Greed.

While I am on the record as being supportive of and advocating for puny mortals committing sundry unspeakable acts in pursuit of vast riches and power—only to realize with their final breath that there is no treasure on this Earth or beneath it worth the loss of their soul—in this particular instance, I fear we may have a case of mistaken identity on our hands.

I am Mammon, Prince of Hell, Master of the Fourth Circle, Father of Greed and Root of Evil. I am not the United States economy.

An economy is a wide set of interconnected production and consumption activities that play a role in determining how resources are allocated. There are frail humans who spend their entire lives studying economics without ever being able to perfectly predict how the economy will respond to any particular set of circumstances.

I, on the other hand, am a great beast with the body of a lion, 300 legs and seven pairs of wings—each covered in a thousand eyes which eternally seek out even the pettiest scrap of wealth I might claim for myself (you currently have $3.35 in your couch cushions). I have four heads, a dog, a pig, a serpent and a man, each of which drones endlessly and monotonously as it counts my uncountable hoard, such that no being (terrestrial, celestial or infernal) can be in my presence without being driven to madness. And there are no vagaries with me, I tell you. You commit a series of grisly and needlessly elaborate slayings in a major metropolitan area that, when traced out with string on a map, spell out my dread name, you make bank.

Figure it out, guys.

As a fiend of the pit, I respond well to bloody sacrifice and slavish devotion to my terrible will. Good job, diabolists. The economy, however—fickle creature— generally prefers careful preparation in times of plenty and swift but thoughtful action in times of crisis. For example, I might reward cutting the still-beating heart from your victim’s chest at the exact moment the sun enters a total eclipse with say, the sudden discovery of a trove of (probably not cursed) pirate treasure behind your dryer, but the economy likely won’t.

The economy is far more likely to respond positively to a calm and sober leader who is able to reassure the nation that she is more interested in protecting the people she was elected to serve than in boosting her own electoral chances or in punishing governors who have been insufficiently obsequious to her.

RELATED: Canada fends off an American proposal to send troops near the border

I applaud the hordes of you who have embraced the idea, some of you on cable, that vast numbers of innocent souls dying in unspeakable pain is a reasonable price to pay for ensuring that the wealthiest of society continue unabated to accumulate more riches than they can ever dream of spending. For those of you who are struggling with this concept, I am offering a 15 per cent Social Distancing Discount on my web course, Introduction to Inhumanity to Man (promo code HAILSATANFROMHOME15), and yet the point must be made that there is literally nothing to suggest that allowing, indeed facilitating, the untimely death of millions of people would result in the aforementioned payoff.

Mass death is, historically, a hell of a negative externality. Economies and workers, a key component of those economies, tend to function better when there aren’t refrigeration trucks parked outside of hospitals to handle all the corpses. On a micro level we see the same thing with hotels, casinos, factories, places of higher education and have you guys seen my cruise ships?

Because of this, money, even vast sums of it, spent vanquishing a virus is a good, though sometimes a necessarily rather long-term, investment. Markets don’t like wave upon wave of gaping open grave-type levels of death, almost as much as they don’t like uncertainty.

Believe me, I’m not trying to help anyone or preserve life or do anything else that would violate the Infernal Communications Act Section 66645230434, Subsection 39994834154841, Paragraph C. It’s just that I, like most demons, am an insufferable, literally hellish, know-it-all.

I’ve cornered you at parties. You’ve had a feeling the guy with so many opinions about jazz and how best to do your job couldn’t be human … that was me! And, foolish mortals, you are sacrificing to the wrong false god.

As a final note, regarding any future proposed human hecatomb, due to a settlement with Beelzebub, Lord of the Flies, Father of Pestilence, Prince of Rot, Ruin of Cities (and petty little prick), I am legally prohibited from accepting sacrifice in the form of victims of disease. I can make no further comment on the details of said settlement, but if any reader does wish to offer up lives in pursuit of my dark favour, I personally recommend casting your victims into a great furnace fashioned after my own hellish countenance.