Canada counts its dead much too slowly

Jane Philpott: How many additional people died as an indirect result of the pandemic? It will be months before we know the answer, and that's a problem. 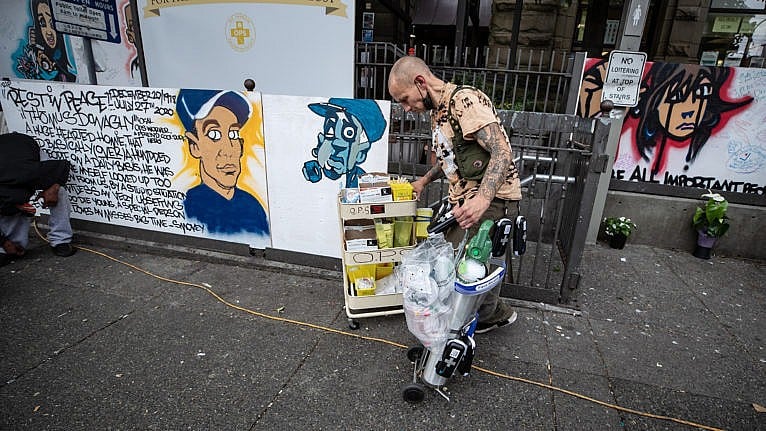 Dr. Jane Philpott held several portfolios as a federal cabinet minister, including Health. She is now dean of the Faculty of Health Sciences and director of the School of Medicine at Queen’s University.

“Hindsight is 20/20,” or so the saying goes. Maybe the catchphrase was a foreshadowing. Maybe it was a clue that 2020 would be the year we will perpetually analyze in retrospect, evaluating the achievements and errors of what has been an exceptionally deadly year.

At least 1.5 million people worldwide will have died from SARS-CoV-2 infection in 2020. What’s less clear is how many additional people died as an indirect result of the pandemic. Using hindsight and meticulous analysis, we have an obligation to understand more about the non-virus health harms of the upheaval we’re undergoing.

How many suicides during 2020 were triggered by the loneliness that has been so widespread, including among older people living in institutions? What will be the final death toll of opioid overdoses of 2020? And how many preventable deaths will be attributed to how entire health systems slowed almost to a halt while we shifted our attention to pandemic response?

READ: How gaps in Canada’s COVID data are making it harder to fight the second wave

In Canada, it will be months before we know the answer to those questions with certainty because we are painfully slow in compiling accurate mortality data.

It’s already clear that overdose deaths are up. Ontario data suggests a 40 per cent increase in opioid-related deaths in 2020. By late October in British Columbia, 1,202 people had died of fatal overdoses, compared to 983 deaths in all of 2019. June 2020 was the worst month, with an overdose death toll of 181, more than doubled from 76 in June 2019. Factors contributing to higher substance-related deaths may include greater isolation, people being alone when using drugs, reduced health-care services and disruptions in the supply of substitution therapies, as well as the impact of physical distancing measures at supervised consumption sites.

It is harder to tease out how many excess deaths could be attributed to deferred health care, but there is cause for concern. A recent systematic review of treatments for seven common cancers showed that even a four-week delay in treatment led to greater mortality. They showed that, for the United Kingdom alone, “a 12-week surgery delay over a year of lockdown and backlog recovery for these cancers could translate into over 4,800 additional deaths.”

Canada counts its dead too slowly. I first encountered this problem as federal minister of health when we tried to get timely data on opioid-related deaths. Years later, the Public Health Agency of Canada still lacks a clear legal mandate at the federal level to require or compel provinces and territories to share health surveillance data with each other and the federal government. This should change, via stronger federal public health legislation, particularly in the context of a pandemic.

In 2016, Health Canada established a special federal-provincial-territorial advisory committee to address the gaps in mortality reporting and the need for national standards. In March 2017, we brought the provincial chief coroners and chief medical examiners together; they agreed on some national definitions, as well as sharing data about opioid-related deaths more rapidly. Some of that work facilitated better coordination of data reporting for COVID-19.

For overdose deaths, coroners now provide coded information directly to their provincial databases. Also, for most COVID-19 deaths, the cause of death is recorded without delay. But deaths from other causes take a long time to be coded and, in many cases, we will not know whether a death was due to suicide or an accidental cause for many months.

One helpful step would be for provinces to allow, or even better to require, electronic submission of medical certificates of death. In most of the country, we continue the sentimental practice that doctors complete medical certificates on a piece of paper that gradually finds its way by mail or fax to a provincial department of vital statistics. From there, a coder receives the physical copy of the medical certificate of death, then enters and codes the facts into a registry. In Ontario, there has been a discussion for years that we should move to electronic death registration. During the pandemic, electronic death certificates have become a reality in some cases. It’s time to make it the standard.

Imagine a future where this kind of real-time mortality data could inform policy decisions. Public health interventions are meant to minimize harm. During a deadly pandemic, that is easier said than done. Sweeping directives are essential in curbing the spread of disease and reducing deaths directly caused by SARS-CoV-2. But we need better mechanisms to acquire timely, reliable data so we can quantify the unintended consequences of these measures. And, as we begin 2021, we need the resolve and creativity to mitigate the potential harms of interventions like isolation, so that the act of preventing one tragedy doesn’t lead to another.

This column appears in print in the January 2021 issue of Maclean’s magazine with the headline, “Slowly counting the dead.” Subscribe to the monthly print magazine here.