Canada's youth are the clear losers from a higher minimum wage

Opinion: Entry-level jobs shape your character, if you can manage to gain entry 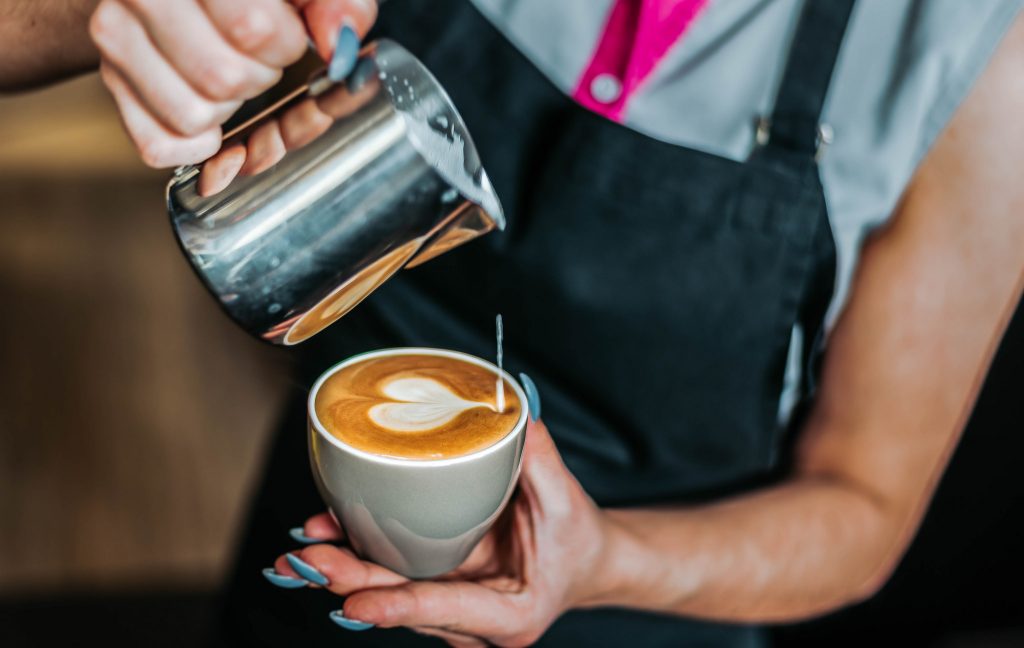 It may become a lot harder to get that first job as a barista, at a higher minimum wage rate. (Flickr)

Anyone who’s ever toiled at an entry-level job while still in school has learned many important lessons that will last their lifetime regarding punctuality, time management, commitment and what it means to have a boss. And as with any life skill, good workplace habits are best learned early.

So what happens when government policy makes it a lot harder to get that first job? We’re about to find out.

Canada is currently engaged in a massive policy experiment that could substantially delay the age at which teenagers find their first job. The epicentre of this shockwave is Ontario, where on Jan. 1 the minimum wage rose from $11.60 to $14. Next year it will hit $15—an overall increase of 32 per cent in one year. The rate payable to student workers under 18 years sees an identical percentage increase: rising from $10.90 to $14.10 by 2019.

This is the largest increase in Ontario’s minimum wage since it rose from $1 to $1.30 in 1969. Elsewhere, Alberta will also be hiking its minimum wage to $15 in October, and pressure is mounting in British Columbia for a similar move. Plus, Quebec is raising its minimum wage beyond the rate of inflation in May.

While the trend towards substantially higher minimum wages has been hailed as a net benefit to employees—and comes at a time when the overall Canadian job market is quite strong—the move will inevitably produce winners and losers. And the losers are unambiguously society’s youngest workers.

In a survey of its Ontario members last month by the Canadian Federation of Independent Business, half the respondents said they had “reduced or eliminated plans to hire young workers” as a result of the looming minimum wage changes.

Among the comments included in the survey, one business owner observed: “We won’t be able to hire the same number of students next year—we normally hire eight or more; this year we are thinking maybe two.” Another said: “We will be … decreasing the number of students workers.”

RELATED: In a fight over minimum wage at Tim Hortons, the worker loses

Young workers will “bear the brunt of these changes,” admits Julie Kwiecinski, provincial director of Ontario for CFIB. “Our members are saying, ‘If I have to pay a student $14.10 an hour and spend a lot of time and effort training them, I might as well hire someone at $15 who’s already experienced.’ ”

Other changes to Ontario’s labour laws enacted simultaneous to the new minimum wage will add to the regulatory burden of hiring young, part-time workers, Kwiecinski observes, and are likely to push employers further towards hiring older, seasoned workers full-time instead of teenagers and students working after school.

This sort of anecdotal evidence is bolstered by an equal amount of empirical work. The Financial Accountability Office in Ontario calculated a net loss of approximately 50,000 jobs in the province due to the planned minimum wage changes, “with job losses concentrated among teens and young adults.”

A recent Bank of Canada report similarly predicts nation-wide employment will be reduced by 60,000 jobs through to early next year due to the various provincial policy changes. The central bank researchers specifically note the tendency of employers to shift away from inexperienced workers when minimum wage rates rise; their econometric modelling work shows “a significant negative effect for younger workers.” (Emphasis in the original document.) This effect is strongest for those 15 to 19 years old.

Add to this scenario the growing automation of many entry-level jobs once the domain of part-time student workers, particularly in retail and fast food, and there’s little doubt young adults will suffer the most from reduced employment opportunities caused by higher minimum wages. But beyond giving teens more spare time with which to bother their parents, what are the longer-term implications of such a significant, structural shift away from adolescent employment?

First, let’s look a bit closer at why teenage work is such a good thing.

Marc-David Seidel is a professor at the Sauder School of Business at the University of British Columbia. Using data that tracked Canadian youth from ages 15 to 25, Seidel and two co-authors have been able to detail some very substantial benefits arising from teenaged employment.

“We found that hours worked as an adolescent led to a higher salary later in life, as well as better job search skills and better job match later in life,” Seidel reports. That’s because teens with a job, particularly a job during the school year, learn important life-long lessons about getting to work on time, juggling competing obligations of school and work, as well as interpersonal skills. They also discover their own abilities and interests in the work-a-day world.

“A lot of adolescent work involves dealing with customers, and learning how to deal with complaints or difficult situations,” says Seidel. “Even if it’s a job they hate, they are learning important things about what they like and dislike, and that can lead to better outcomes down the road when it comes to selecting future jobs.”

Seidel’s work also suggests that student work might allow some teenagers to overcome socioeconomic obstacles. Kids from higher income groups often benefit from extensive family networks, greater post-secondary opportunities and other advantages that can pay off later in life whether they work as a student or not. Poorer kids don’t have those opportunities. But, Seidel says, “adolescent work gives you a leg up over anyone else who is not working” by building better job habits.

In sum, the benefits accruing from your first entry-level job can last a lifetime. They might even be a handy bulwark against income inequality. And they accrue to anyone who works as a student. So what happens when an entire generation of teenaged workers is denied the opportunity to get work because higher minimum wages price them out of the job market?

Seidel is too cautious an academic to speculate without any data in front of him. But the possibility of a mass delay in the age of finding a first job is easy enough to envision. As Ontario embarks on a massive increase in the minimum wage, we have every reason to expect a substantial move away from young teenaged workers in the job market. The extra training required to bring these raw recruits up to employment standards will now be outweighed by the extra expense they entail. And this shift is likely to delay the age at which many adolescents gain their first real job.

While everyone finds a first job eventually, the possibility that the important life lessons Seidel enumerates will now be learned at age 19 or 20, instead of at 15 or 16, suggests a significant cost to society. It would be as if schools decided to hold off teaching multiplication until Grade 7. Delaying the skills necessary for adulthood by several years could delay both societal and personal progress.

It might also make income inequality worse. If having a job in school offers disadvantaged teenagers a crucial “leg up” on their non-working peers who may enjoy the advantages of better circumstances, then the absence of such opportunities may seriously impede upward mobility.

Plenty of folks may be cheering higher minimum wages. But unemployed teenagers are not likely to be among them. The rest of us may come to regret it as well.