Coronavirus could decimate small and isolated communities in Nunavut 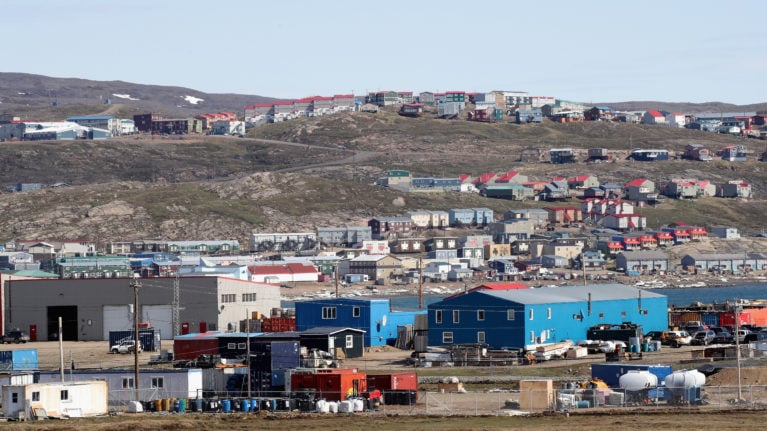 As of April 16, none of the bar charts or logarithmic graphs showing the rise of COVID-19 in Canada have included Nunavut. That’s because the territory does not yet account for a single one of Canada’s 30,000 confirmed cases to date. But it stands to be one of the hardest hit regions in the country. The wildfire spread of COVID-19 seen in places like nursing homes, cruise ships, shelters and prisons could similarly sweep the crowded homes in which nearly half of Nunavummiut live. And given the scarcity of health resources and insecure access to food and water in parts of the region, the disease could decimate small and isolated Nunavut communities.

Nunavut’s vulnerability is apparent from previous outbreaks of infectious disease. In 2009, H1N1 influenza (also known as swine flu) swept across Canada in two waves, causing 505 deaths. Indigenous communities were hardest hit, accounting for nearly 46 per cent of hospitalizations during the first wave. Despite being less than four per cent of the Canadian population, Indigenous people accounted for 10 per cent of H1N1 deaths. The overall Canadian case rate was 24 per 100,000, but in Nunavut it was a shocking 1,000 per 100,000.

And then there is a much older pathogen, one that most of Canada hasn’t thought about for decades. The rate of tuberculosis among Inuit people is about 300 times higher than in Canadian-born, non-Indigenous groups. It’s extremely contagious in close proximity and has proven difficult to eliminate in communities with crowded housing, which is defined as insufficient bedrooms for the size and composition of the household. Tuberculosis also thrives in conditions of poverty, food insecurity and lack of clean water.

And while Nunavut has has a travel ban in place since March 24, experts say it is likely only a matter of time before the virus reaches the territory. Cynthia Carr, a Winnipeg epidemiologist who has previously worked with the governments of Nunavut and Northwest Territories, points out that remote communities regularly fly in essential workers. “The more isolated the community, the more [it] relies on travelling physicians, nurses, mental health workers [and] food supply to come into the community from outside,” she said in an email. In addition, remote northerners often need to leave their communities to access health care (which the travel ban doesn’t restrict), potentially bringing COVID-19 back from a southern hospital.

Without major infection control efforts, COVID-19 stands to be much more dangerous than H1N1 has been in Nunavut. Like H1N1, COVID-19 is a respiratory virus that spreads quickly between people in close contact. But COVID-19 is much deadlier: where H1N1 is estimated to have a case fatality rate (CFR) of 0.02-0.04 per cent, the CFR for COVID-19 seems to be at least two per cent or possibly as high as nine per cent. COVID-19 is also thought to spread more rapidly than H1N1.  And consider what a huge disadvantage it is not to have clean water in a pandemic where an essential defence is hand washing. Boil water advisories are frequent occurrences in Nunavut and its capital, Iqaluit, has been recently struggling with water shortages. This is why sanitation is the foundation of the public health system developed in the early 20th century, something people living in Canada in 2020 still don’t have universal access to.

The fact that so many Nunavummiut need to travel for medical services highlights a major vulnerability faced by the entire North, says Dr. Anna Banerji, a Toronto pediatrician who has researched respiratory infections in Inuit children. “If someone needs hospitalization then they need to wait for an air ambulance,” Banerji wrote in an email. “This could take hours or days. If many people are sick in the meantime this could mean that they die waiting.”

RELATED: Coronavirus reveals how quickly governments and corporations can find money—when they want to

Inuit Tapiriit Kanatami, an organization which represents Inuit interests in Canada, is calling for Inuit people (nearly 84 per cent of Nunavut’s population) to be treated as a high-risk group in the federal government’s COVID-19 response. The federal government announced March 18 that it will send $305 million directly to Indigenous communities and organizations for local leadership to decide on distribution. This is less than one per cent of the $82-billion federal response budget unveiled on March 18, which Banerji feels is inadequate given the scale of the imminent crisis. She and several colleagues launched a petition to the federal government demanding resources like rapid COVID-19 test kits, emergency housing and the mobilization of military support at Indigenous leaders’ request.

Other possible interventions were suggested in a joint statement on preparing rural Canada for COVID-19 put out by the Canadian Association of Emergency Physicians and the Society of Rural Physicians of Canada. They called for the creation of on-call teams of health care providers from larger centres that could rapidly deploy to COVID-19 hotspots in remote communities.

Urgent action in Nunavut is vital to preventing the type of COVID-19 outbreaks we’ve seen hit nursing homes. We need strong federal leadership to establish emergency provisions and support existing supply chains. We need to act immediately to prevent an explosion of illness that could decimate Nunavut communities and precipitate a humanitarian crisis on an epic scale.

Michelle Cohen is a family doctor in rural Ontario and an assistant professor in the Department of Family Medicine at Queen’s University.