Alex Neve: There is no doubt that governments across Canada have launched important programs and announced unprecedented funding, but they do so without a thorough human rights analysis 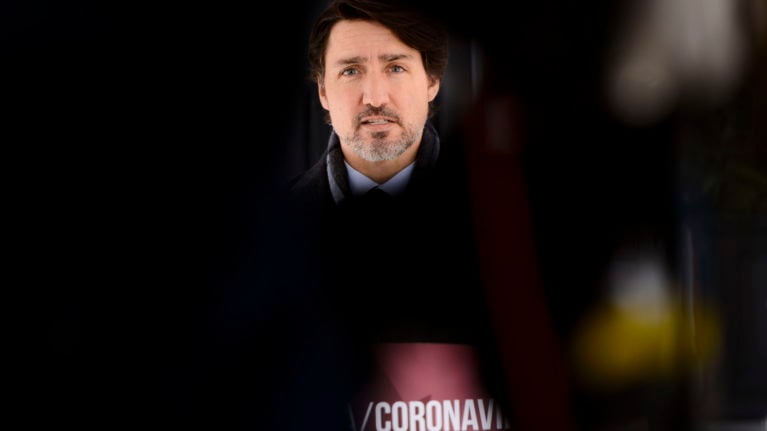 Alex Neve is the Secretary General of Amnesty International Canada

Absolutely everything about confronting the COVID-19 pandemic is connected to human rights. There can be little debate about that. But agreeing that human rights are at stake does not automatically mean they will be upheld. That requires concrete action. And that is why 301 organizations and experts across Canada have called on the country’s governments to institute human rights oversight.

After all, the virus attacks the very essence of the rights to health and to life. And there is certainly a need to focus on marginalized groups already subject to entrenched human rights abuse. Human rights concerns related to the pandemic’s impact on at-risk communities are indeed growing in Canada, including the devastating toll on the elderly, particularly in long-term care homes.

Closing the U.S.-Canada border has exposed refugee claimants to harsh immigration detention and risk of deportation to the United States. And many communities, including First Nations, people living with disabilities, racialized communities, women and children at risk of violence in the home, precariously-employed workers, sex workers and many others, are signalling heightened susceptibility to the virus, greater likelihood of surveillance and police enforcement, and increased hardship from isolation measures and economic fall-out. This is masked by a lack of usefully disaggregated statistics.

MORE: Coronavirus lockdown: Why we can’t release the brakes

At the same time, it is vital to ensure that necessary limits on other rights arising from shutdowns, including livelihood and education rights, freedoms of movement and assembly, and restrictions on privacy, are carefully scrutinized to ensure they are legitimate and proportional.

All of this is why human rights groups, including Amnesty International and Human Rights Watch, have published comprehensive COVID-19 human rights frameworks for governments around the world. Human rights commissions across the country, including in Ontario and British Columbia, have offered guidance. United Nations leaders, notably the Secretary General and the High Commissioner for Human Rights, have underscored that global solidarity and respect for human rights must be central to COVID-19 responses. And the Canadian government, directly and jointly with 23 other countries, has stressed that protecting public health and human rights must go hand-in-hand.

The risk coronavirus puts on human rights must be considered globally. Many governments have no interest in respecting human rights while confronting COVID-19. Philippine President Rodrigo Duterte has told security forces faced with protesters and “troublemakers” that they can shoot to kill. Numerous autocratic leaders are taking advantage of the prevailing climate of fear as a pretext for intensified repression, including Hungary’s Prime Minister Viktor Orban, who has unchecked power to rule by decree, and in Cambodia the government now enjoys a staggering state of emergency powers. A new term has even been coined: “COVID coups.”

Government indifference and inaction is exacerbating risks for women and Indigenous peoples in many countries. Censorship of journalists probing coronarvirus response strategies is on the rise and human rights defenders face greater dangers. Unchecked use of invasive surveillance technology by security agencies is deeply troubling. Facial recognition technology is spreading in China, numerous governments are using cell phone data to track people’s movements, and rapidly evolving apps in many countries rely on artificial intelligence with opaque algorithms that use discriminatory data. Concerns are also mounting about COVID-19 in prisons and refugee camps across the globe, and the racist toll of COVID-19 is disgracefully clear, notably within Black communities across the United States.

There is no doubt that governments across Canada have launched important programs and announced unprecedented funding with enormous human rights benefits, but they do so without a thorough human rights analysis of the new measures. Alongside numbers about new cases, deaths and unemployment, we hear rarely hear statistics about the differential impact on marginalized communities.

We need more than good intentions to ensure that human rights promises become human rights realities. That is where implementation, oversight and accountability play a vital role.

First, Indigenous knowledge keepers and human rights commissions should play an official advisory role to the crisis committees set up to steer government responses to the pandemic. Second, independent human rights oversight committees made up of impacted communities, human rights advocates and other experts should be set up, with mandates to monitor, make recommendations and report publicly.

Doing this would enhance human rights protection across Canada during these anxious times. It would help identify long–term human rights transformation needed as we emerge from the crisis, and it would set a strong international example that defending human rights during the COVID-19 pandemic as more than rhetoric.

Despite what skeptics may argue, human rights oversight does not mean barriers to effective responses to this massive public health emergency. It does help ensure that no one is left behind. And it offers the valuable opportunity to get that right now, rather than picking up the pieces down the road.