Criticism of the Chinese government's handling of coronavirus is not racism 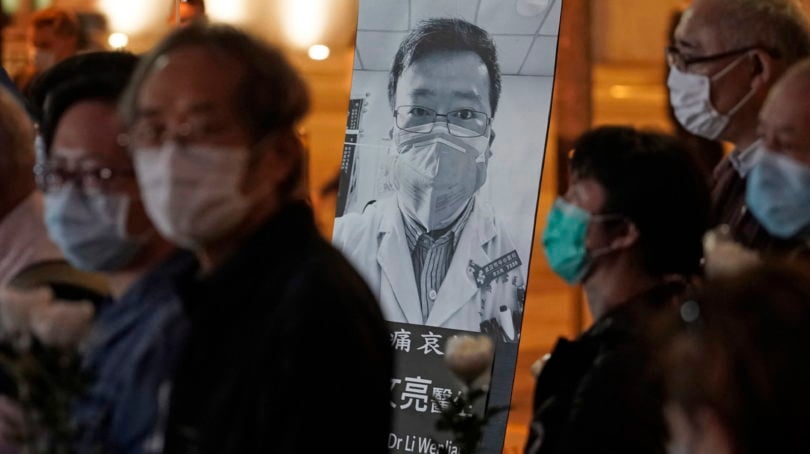 Marcus Kolga is a digital communications strategist and expert on foreign disinformation. He is a Senior Fellow at the Macdonald-Laurier Institute’s Centre for Advancing Canada’s Interests Abroad.

When we criticize the actions of governments run by autocrats and dictators, like those in Russia and China, we must bear in mind that it is not the citizens who are responsible for their government’s abuse and negligence; they are in fact, the greatest victims of it.

For instance, the Chinese people bear no responsibility for their government’s illegitimate imprisonment of Canadians Michael Kovrig, Michael Spavor and Hussein Celil. It is also the Chinese Communist Party’s (CCP) criminal negligence that directly contributed to the mass outbreak of COVID-19 in Wuhan, and the ensuing pandemic we face today. In fact, I very much doubt the families of China’s COVID-19 victims are celebrating their government’s actions today.

When we criticize the actions of these governments, we must be very specific and accurate in directing our criticism towards those who are in power. In the case of China, it is the Communist Party that holds exclusive decision-making power, and in Russia, the Putin regime. In both cases, the people of these nations have no meaningful say in the decision-making process of their governments, and face arrest and imprisonment for criticizing them.

MORE: When will the Chinese government be held accountable for the spread of coronavirus?

By generalizing our disapproval and outrage towards the citizens of these regimes, we risk hurting and stigmatizing these communities, and that plays directly into the disinformation warfare tactics that such regimes are engaged in against the Western world, including accusations of “racism.”

Authoritarian regimes frequently label foreign criticism of their policies as “racist” as a way to delegitimize them and polarize debate. By wrapping themselves in ethno-nationalist rhetoric, these regimes often claim that a critique of their actions is equivalent to a critique of the people itself; this heightens the need to be precise with our language and aware of the propaganda efforts of authoritarian regimes. It’s a tried and true tactic in the authoritarian playbook.

China’s former ambassador to Canada, Lu Shaye, accused the Canadian government of “white supremacy” last year, when Canada demanded the release of its citizens who had been arbitrarily detained in China, in retaliation after Canada complied with a U.S. extradition request for Huawei CEO Meng Wanzhou.

Last week, the E.U. published a report that warned Vladimir Putin is seeking to use the COVID-19 pandemic to destabilize Western nations and undermine our alliances. The report states that the Russian government’s cynical disinformation attack is designed to “aggravate the public health crisis in Western countries, specifically by undermining public trust in national health care systems, thus preventing an effective response to the outbreak.”

In the apparent absence of any evidence that would disprove the E.U. claim, Kremlin spokesman Dmitry Pskov accused the E.U. of “Russophobia” in an effort to intimidate European policy-makers, critics and media into silence.

The same tactic has been used by the Russian government to discredit Canadian political leaders, like Chrystia Freeland, whose Ukrainian background has been cited as tainting her judgment. Putin critics, like myself, have also been labelled “Russophobic” for advocating for Canadian Magnitsky human rights legislation, a law that was lauded as the most pro-Russian measure that any Western government could take, according to assassinated Russian pro-democracy opposition leader, Boris Nemtsov.

Yet the concerns of Canadians who are worried about ethnic communities being stigmatized by the global pandemic must not be dismissed either. As the Washington Post’s Josh Rogin has pointed out, President Trump’s recent reference to COVID-19 being a “Chinese virus” is “simplistic but technically accurate,” and plays into the hands of Chinese Communist Party propagandists, who in turn use this to provoke anti-Trump and anti-Western sentiments.

Leading U.S.-based Chinese human rights activist Jianli Yang told me that he “may not like the term ‘Chinese virus’ that President Trump has been using in the past few days,” but he doesn’t believe “it is intended by him for any racist meaning.” He believes that Trump was using the term to counter the Chinese government’s attempts to “divert responsibility for its mishandling of the outbreak which has resulted in this global pandemic.”

Yang believes that “there should be and must be a moment when all, victimized individuals and countries, come together to hold the CCP regime accountable.”

Here in Canada, we can be fairly certain that our governments’ response to the COVID-19 pandemic, at all three levels of government, have been shaped by our sensitivity to potential accusations of racism by Chinese government propaganda. Why else did Canada refrain from limiting travel from Hubei and China, only to close off virtually all foreign travel mere weeks later?

Canada is not alone in facing such foul accusations.

In Sweden, a former, long-serving Swedish MP, Gunnar Hökmark, wrote in a recent opinion piece that “China’s leaders should apologize to the world for epidemics coming from China because of the dictatorship’s failure to address food safety, animal standards, and because its repression of truth and the freedom of its own citizens.” China’s ambassador to Sweden Gui Congyou condemned the statement and accused Hökmark of “stigmatizing” China. China’s ambassador also went on to criticize Hökmark, his colleague Patrik Oksanen and their think tank, the Stockholm Free World Forum, for being part of an “anti-China political machine” and for “attacking, slandering and stigmatizing China.”

Canadians and our government must take great care to avoid generalizations that risk stigmatizing Canadians of Chinese heritage, or any other community, whose governments engage in similar repressive behaviour, including the Russian and Iranian regimes. However, we must also be alert to regime propagandists who seek to dismiss and silence legitimate criticism of their actions when they smear critics with false accusations of “racism.”

As Jianli Yang underlined for me, “the Chinese Communist regime is not justified in accusing anyone of racism, who criticize its early-stage covering up of the COVID-19 outbreak, and the latest information (disinformation) war against other countries.”