Dear Mom, 'I am nothing like you,' I once thought to myself

'I resented the mother you became, never seeing that perhaps you were the mother I needed you to be,' writes Monica Bobbitt 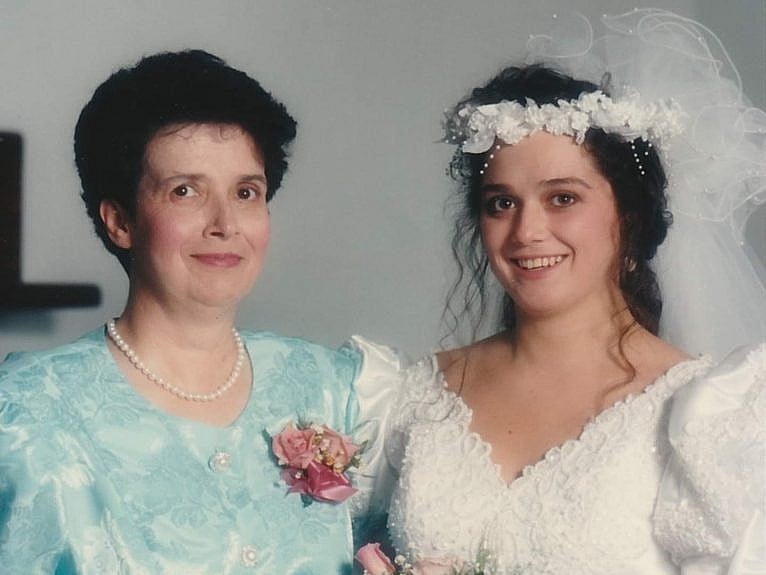 I found this old photograph of the five of us buried in a drawer.

Your dark brown hair is styled in its usual pixie cut, though your curls refused to be tamed. You’re the only person I know who has worn their hair the same way for more than 40 years. Other than your unruly strands, you’re barely recognizable. You were a different person back then; one who wore bracelets and shorts and wasn’t embarrassed by your legs covered in scars.

Squinting at the hazy picture, I can see it now: the sadness you always wore.

Your life has been shaped by tragedy, raised by a strict, ornery father and a mother with undiagnosed mental health issues. Later you would learn she had bipolar disorder; “manic depression” they called it back then. She abandoned you long before she physically left you to run the household—to cook and  clean and do the laundry and look after your siblings when you were still a child yourself.

When you met Dad at a church dance he was a welcome distraction from your unhappy home life, until, at just 17, you became pregnant and ended up trapped again. Four children in 10 years tethered you to him and despite his philandering ways, you stayed.

Though money was tight, you made sure we didn’t go without. The smell of rising bread still reminds me of time spent at your elbow watching you knead bread. Eventually you would give me a turn. Watching my little hands struggle with that big mound of dough, you would laugh and tussle my hair. Though you never said it, somehow, I always knew you loved me.

But one cold December day, when I was not quite 10, everything changed.

You didn’t stand a chance against the car that lost control on the ice that fateful morning. You were standing on the corner waiting for your drive as it came barreling down the hill; hurling you in the air before crashing into the gas pump behind you.

You turned 38 the next day connected to machines. Weeks after the accident, you left the hospital, but the battered and broken woman who came home was never the same.

“Don’t expect too much,” the doctors cautioned, “She’s suffered a lot of damage to her brain.”

You showed them. With relentless hours of physio and rehab, you learned how to walk and talk again, though some words still elude you. I watched you piece yourself back together, yet I never understood just how hard you fought to live—not because you loved your life, but because you loved us.

I was that teenager; the one with the snarky attitude and exaggerated eye rolls. When you tried to give me advice, I shook my head thinking: How could you know what it was like to be me? You’d barely even been to high school and things were different back then.

“I am nothing like you,” I said to myself. I was determined to make something of my life. I would never drop out of school to have kids. I refused to be trapped, bitter and angry, in a loveless marriage in this same small town.

I graduated at the top of my high school class. In university I excelled, though my honours psychology degree did little to help me untangle the twisted knots of our family’s history. Three months after graduation, I married for love; a dashing young army officer who promised to show me the world. I moved away and I didn’t look back.

Years passed. I had children of my own, a boy and two girls. I took them to the park for picnics, read them nightly bedtime stories before tucking them in and told them I loved them every day.

“I am nothing like you,” I thought to myself.

The world I carefully constructed fell apart on a sunny day in May. My husband was crushed underneath an armoured vehicle during Exercise Maple Resolve in Wainwright, Alta. Dan had been my world for 25 years; now he was everywhere and nowhere. I functioned on autopilot for weeks, not knowing how I could possibly live without him. But I knew I didn’t have a choice. My children needed me. So, I picked myself up and painstakingly rebuilt my life.

“I don’t know where you get the strength,” so many people remark.

But I do. Everything I know about courage, strength and resiliency, I learned from you.

For so long, I resented the mother you became, never seeing that perhaps you were the mother I needed you to be.

I am who you could have been, if only you’d had a mother who refused to give up, even when every fibre of her being wanted to run away. A mother who gave up all of her own hopes and dreams to ensure you could always follow yours. I am who I am because you were that mother to me.