Does Ottawa owe you a flight home?

Scott Gilmore: For too many Canadians out in the world in normal times, Ottawa’s duty of care includes concierge travel-agency services. But these are not normal times. 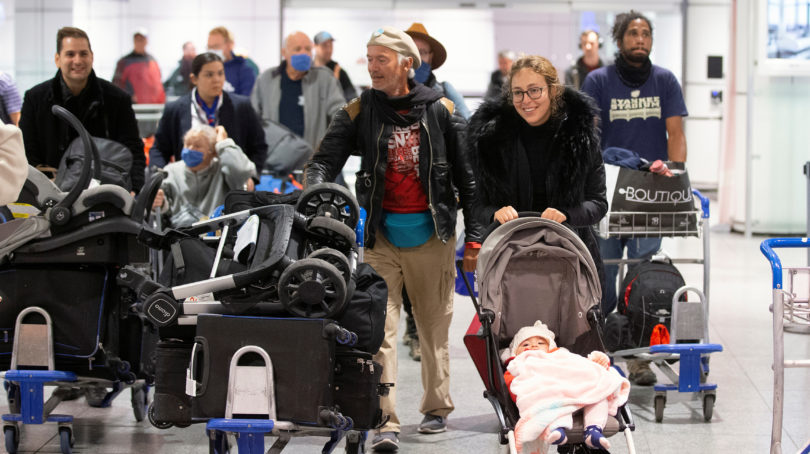 Locked down, self-isolating and laying low, millions of us are now almost motionless. The trains are empty, the highways wide open; there is no traffic, save for the hourly trips back to the fridge to see if there is something interesting to eat.

Meanwhile, abroad, hundreds of thousands of Canadians are trying desperately to get back, so they can quarantine themselves at home, or at least closer to loved ones and universal health care.

A senior official at Global Affairs Canada told me there are an estimated three million Canadian citizens overseas at any one time. The vast majority of those live abroad, and in many cases don’t even consider themselves Canadian. Except when suddenly they do—for example when, in 2006, the conflict in Lebanon jarred the memories of some 50,000 people living there who suddenly remembered they had Canadian passports and demanded that Ottawa should fly them “home.”

To its credit, Ottawa tried. Ships were chartered, flights were laid on and 15,000 were evacuated by the Canadian government. As soon as hostilities died down, however, at least 7,000 of those promptly went back (and presumably made sure to carefully set aside their maple leaf passports for the next rainy day).

Incidents like this, and my own experiences helping with consular affairs when I was a Canadian diplomat, have given me a very jaundiced view of the idea that the government is responsible for getting us home. My belief is that once you’ve taken the decision to leave the country, be it for work, as a pilgrim, to visit family or meet Mickey, it’s your responsibility to find a way back if things go off the rails.

Consider this. If you drove to the province next door and then lost your credit card, would you call Ottawa? If you went skiing in Banff and broke your leg, would you? If your flight home from a business trip to Toronto is cancelled, is this Justin Trudeau’s problem to sort out? If not, why does it become our government’s responsibility when you’re in Bali, not Banff?

The question is: What does our government owe us? It’s a fundamental one that we take for granted every day. If we pay our taxes, obey our laws and vote in our elections, what do we get in return? Some things we can all agree on. We must have roads, police officers, affordable health care and air traffic control. But each of us has a slightly different set of expectations. And for too many Canadians out in the world, Ottawa’s duty of care includes concierge travel-agency services.

But these are not normal times. As the coronavirus sweeps over the globe, international transportation links are collapsing. Air routes are being stopped, cruise ships stuck at sea, trains repurposed as mass ambulances and borders closed. Meanwhile, the Prime Minister has told all Canadians overseas that they should come home immediately. Things have truly gone off the rails, the duty of care has shifted and this has clearly become a problem Ottawa must try to fix.

And they are trying. Our energetic foreign affairs minister, François-Philippe Champagne, and Global Affairs have thrown all the staff they can spare at it, and borrowed dozens more from other departments as they confront the single largest consular affairs emergency faced by any Canadian government, ever. It makes the Lebanon evacuation look like a job for the intern. How do you manage a consular crisis in every country at once? There is no playbook for this. So, Ottawa has prioritized those countries with the highest number of Canadians, facing the greatest risk from coronavirus or in the least stable areas.

A former colleague told me that in late March, in one day alone, over 6,000 calls came into the Global Affairs emergency response centre, asking for help. And those are just the ones who could get through. I spoke to a group of Canadians in Ecuador who tried for days to reach the local embassy or Ottawa, with no luck.

As the largest number of Canadians to ever move at once continue heading back to Canada, it has never been more difficult to do so. It is too soon to tell how well Canada is managing. Anecdotally, our citizens are seeing others being repatriated before us—long after the Americans, Dutch and French have sent planes to bring home their citizens, the Canadians are still waiting for someone to pick up the phone in Ottawa.

This could be because, just as our embassies face their greatest test, they sent home all their “non-essential” staff—leaving no hands on deck. Or it could be because our ambassadors have been ordered not to freelance evacuations and to let Ottawa organize them from afar. It could be that we have far more people overseas than other countries our size. Or maybe it’s because the federal government has announced just $7 million to manage this historic global evacuation, compared to the $85 million it spent 14 years ago bringing home all those Lebanese-Canadians.

But the evacuations are not over and the stories of abandoned Canadians remain mostly anecdotal. As is often the case, successes are noted in silence, failures described in the loudest and most lurid tones. Once this is all over, however, once we are free to move again, I hope we will take the time to measure how well we did, determine what we did wrong and finally have a national conversation about when Ottawa owes us a ride home—and when it doesn’t.

This article appears in print in the May 2020 issue of Maclean’s magazine with the headline, “does Ottawa owe you a flight home?” Subscribe to the monthly print magazine here.