Scott Gilmore: There are effects of the Trump presidency. Some will be felt in the decades to come, others are immediate and tragic. 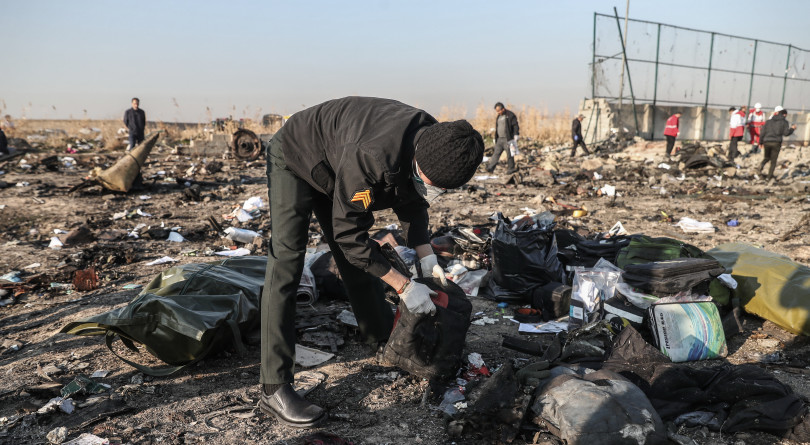 Every action has consequences. It’s one of the first things our parents teach us when we’re young. Often, the consequences aren’t immediate or obvious. And, often, they set in motion a chain of actions and reactions that go places, sometimes tragic places we could never predict.

Consider this. On Dec. 18, the U.S. House of Representatives impeaches the 45th President of the United States, Donald Trump.

President Trump then spends days exclaiming his outrage, claiming to have been unfairly treated, and repeatedly pointing to the economy and America’s military strength as evidence he is a great president, “the best President ever.”

In a Christmas call from his Mar-A-Lago resort in Florida to troops in Iraq, Trump complains bitterly about the impeachment and claims he has been treated “worse than anybody has been treated, from a legal standpoint, in the history of the United States.”

Then, on Dec. 27, while the president is still in Florida, a rocket attack hits an Iraqi military base in Kirkuk. It kills an American contractor, Nawres Hamid. U.S. officials blame Kataib Hezbollah, an Iran-backed militia.

In retaliation, Trump authorizes what the U.S. describes as “defensive” retaliatory strikes against the militia. These kill 25, including four commanders. An eye for an eye for 50 eyes.

This draws immediate comparisons to the 2012 Benghazi attack that killed four Americans and became a Republican rallying cry against Hillary Clinton and the Democrats for the next four years.

Trump, sensitive to the comparison, immediately gets on Twitter and promises that Iran will be held responsible, adding, “This is not a Warning, it is a Threat. Happy New Year!”

The White House asks the Pentagon to provide options for responding. Their menu of possible actions includes the assassination of Qassem Soleimani, the Iranian equivalent of the head of the Pentagon and the CIA, combined. This is considered an “extreme” option, and Pentagon staff only added it in order to make the their preferred course of action look more reasonable. Instead, Trump, hoping to turn the page on impeachment, chooses that one.

Three days later, a U.S. drone loiters high over Baghdad, waiting. When Soleimani is seen leaving the airport, it strikes, killing him and Abu Mahdi al-Muhandis, the deputy commander of Iran-backed militias known as the Popular Mobilisation Forces.

Iranians are shocked and outraged. In cities where just weeks earlier anti-regime protesters clashed with police, there are now huge marches to support the government and denounce President Trump. It is estimated that millions join the funeral processions.

Trump responds by threatening to commit a war crime and destroy 52 Iranian cultural sites. This prompts Iranian President Hassan Rouhani to tweet his own threats at the president. Meanwhile, 56 Iranians die in a stampede as they mourn the death of Soleimani. The domestic pressure on the government in Tehran to avenge his killing mounts.

Iran then launches 22 missiles at Iraqi military sites. It is conjectured that the attack intentionally avoids U.S. forces, in order to provide a face-saving way for Trump to claim victory.

In the midst of the attack, Ukraine International Airlines Flight 752 takes off from the airport in Tehran. An Iranian air defence battery, watching for American counterstrikes, locks its radar on the civilian airplane and launches two missiles at it, Canadian and allied intelligence services believe. At least one hits, destroying the aircraft and everyone on board.

Seventeen hours later, Ukraine International Airlines Flight 241 lands in Toronto with 138 empty seats, which would have been filled by the men, women and children who died in Tehran, 57* Canadian citizens among them.

In 1972, an American meteorologist named Edward Lorenz stood on stage at a conference in Washington and asked, “Does the flap of a butterfly’s wings in Brazil set off a tornado in Texas?” Lorenz was presenting the novel argument that weather systems are so inherently chaotic and unstable that even the most minor change could set in motion a chain of actions and reactions far and wide. Everything has consequences.

In 2016, the American people stood in the National Mall, just a short drive from where Lorenz gave his speech decades earlier, and watched their newly elected President Donald Trump be sworn in to office. Since then he has acted and reacted in ways no one ever would have expected. We can predict the coming consequences of many of his actions, massive and momentous and obvious. But, in our inherently chaotic and unstable world, the impact of others, like withdrawing from the Paris Agreement, are less immediate and recognizable and it may take us decades to fully appreciate the tornados to come.

Tragically, there are other effects of the Trump presidency, ones we can already see now, today. A president, bruised by impeachment, orders a dramatic assassination, and five days later a plane lands in Toronto, with 138 empty seats, taxiing up to a terminal filled with sobbing loved ones, trying to understand how any of this could ever happen.