Dying for the right to live

Gabrielle Peters: Many disabled Canadians have been forced into poverty by insufficient income support—especially true during the pandemic. Some are considering MAID because they "simply cannot afford to keep on living." 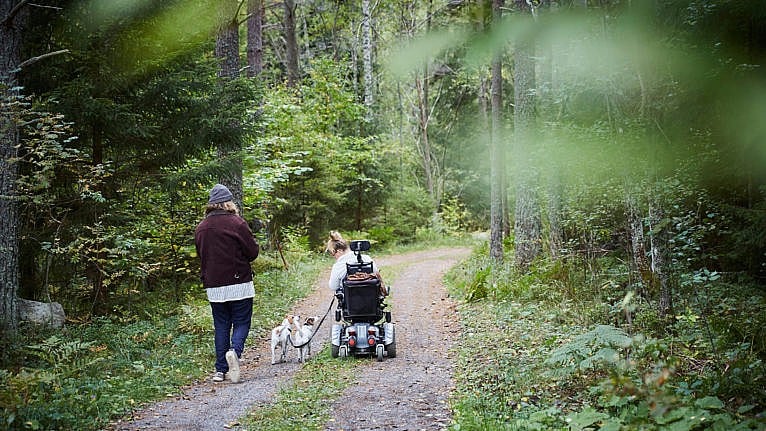 In the minutes before her lethal injection is to be administered, Susan (not her real name) says she plans to ask hospital staff to make one call to Prime Minister Justin Trudeau. She says his answer—or lack of one—will determine whether she dies that day.

In private messages over Twitter, and later in conversation on the phone, Susan, who is a victim of a violent assault, tells me she has applied for medical assistance in dying (MAID). She is multiply disabled but none of her diagnoses are terminal. A Quebec Superior Court ruling found the foreseeable death requirement in MAID to be unconstitutional, and the legislation is currently being amended—though Trudo Lemmens, a professor and Scholl Chair in Health Law and Policy at the University of Toronto, says the existing law has been interpreted differently by MAID providers across the country. Alan Nichols, who had no life-threatening disease, died by MAID at Chilliwack General Hospital in B.C. in June 2019.

Susan explains her reasons for requesting MAID are precisely those that the proponents of it have insisted would never be motivation. She says she has dietary restrictions making food banks an inaccessible option, and a livable income is literally a matter of life and death. “An increase [in income support] is the only thing that could save my life. I have no other reason to want to apply for assisted suicide, other than I simply cannot afford to keep on living.”

She is not alone. A Vancouver woman publicly (though anonymously) announced her intention to utilize MAID because the increased expenses related to COVID have left her unable to manage her pain.

It should come as no surprise to anyone, least of all the Prime Minister, that a sudden increase in expenses when you are living well below the poverty line creates an urgent crisis. And yet it would seem no one has responded as if disabled people are even part of this public health crisis, let alone uniquely at risk from it.

CERB provided 28 weeks of income at $2,000 per month. In contrast, the federal government announced a one-time payment of $600 to those who receive the disability tax credit. It’s difficult to know exactly how many of the more than six million disabled people in Canada over age 15 will receive the one-time payment. The government estimates just 1.67 million.

Isabel Jordan is a disabled parent of a disabled child. She is also the founder of the Rare Disease Foundation. She describes the disability tax credit as “fundamentally inequitable” and predicts the one-time payment “will not go to the vast swaths of people who need it most.” Jordan says her son has it now after they applied three or four times.

sb. smith, a disabled researcher and student, reluctantly shared the response she got from her doctor after asking him to fill out the form for the credit. He waved off the suggestion, telling her, “You’re not disabled enough…You have to be sitting in the corner drooling to be able to get this.”

The policy has several significant flaws—the way it is written, the criteria it uses and the fact it is dependent on a physician knowing what it is they need to say to convince the person reading the application to accept it.

Some have characterized the current situation as disabled people having been forgotten in the response to COVID. I disagree. Disabled people have been excluded, not forgotten. Dr. James Downar, former member of the physicians advisory committee for the lobby group Dying with Dignity, developed Ontario’s new triage protocols for the rationing of critical care beds and ventilators should hospitals become overwhelmed by COVID-19 patients. It includes the use of a frailty scale that considers factors such as whether a person requires assistance, uses a mobility device, etc.

READ: Expanding eligibility for MAID should not be rushed

The highest numbers of deaths have occurred among residents of long-term care and other congregate care facilities. Who lives in these facilities if not disabled people? Why then was the “D” word never used?

When stores offered special opening hours and delivery slots, they listed them as “for seniors.” I had a days-long argument with whoever manages the Save-On-Foods Twitter account about their preferential booking slots including front-line workers and seniors—but again no “D” word.

You really would not know we are 23 per cent of the population given the pains people go to avoid mentioning our existence.

Like many disabled Canadians forced into poverty by insufficient income support, Susan exists in a space between not wanting to die and not wanting to live the life she is currently living. “Every time I look out the window, I see joy, I feel happiness and I’m really a happy, contented and chill person.”

She says she used to be known as a community builder and if she’d had the funds, she would have liked to study law. “I’ve received awards and accolades for my community work.” But, “I wasn’t earning a weekly pay, so I was considered useless to society.”

If a practitioner of science-based medicine determines a person is unable to work, is a society that refuses to provide sufficient financial support for their existence anti-science or anti-human—or both?

None of this is the result of a virus. Ableism is the rebar in our economy, politics and culture. The history of Canada is a history of oppression of disabled people. Whatever lessons you think you learned from the pandemic, we already knew.

I asked Susan what she would say to Trudeau on that phone call. She tells me she doubts she will ever speak to the Prime Minister, but if given the chance, she would ask him, “Does your budget truly necessitate me giving up my life in order for you to achieve your financial goals? Was there truly no other way than at the expense of disabled lives, including my own?”

This column appears in print in the December 2020 issue of Maclean’s magazine with the headline, “Dying for the right to live.” Subscribe to the monthly print magazine here.