Gord Downie championed Indigenous rights. But did he make a difference?

‘Activism is not about embracing a famous person who makes an album about a situation. It’s about facing hard truths that may make you feel uncomfortable' 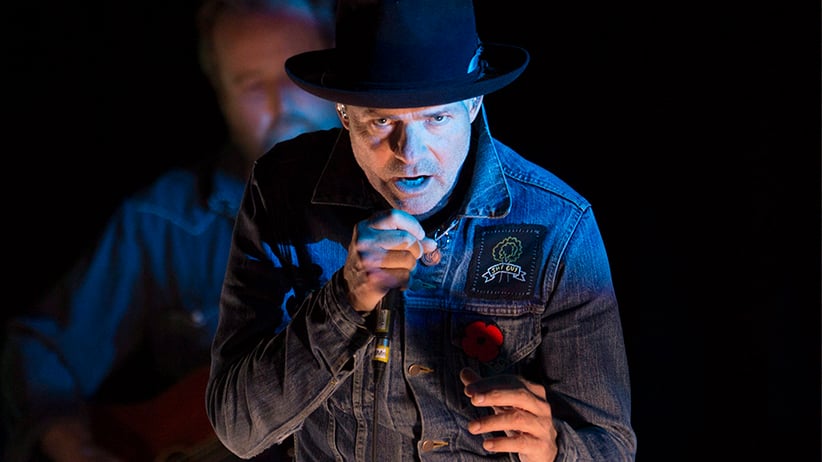 I am a huge Tragically Hip fan. I have been ever since my friend Sheila put their self-titled EP cassette into the Pioneer stereo of my car back in 1989. Since then, I’ve seen them live more times than I can count. I shared the country’s grief when we found out about Gord Downie’s cancer diagnosis, and I was profoundly sad when he died a few of weeks ago.

To be completely honest, when I first heard that Gord was releasing an album about Chanie Wenjack, who died at age 12 while trying to escape residential school, I had mixed feelings. I was glad he was thinking about these things and wanted to make a difference, and I was thrilled that he was bringing the story to the public. I also thought it was probably very cathartic for the Wenjack family to have the story of their brother embraced by such a famous Canadian. But I wasn’t sure it was Gord’s story to tell. And I predicted, correctly, that Canadians would pay more attention to the story coming from Gord than they did when Indigenous author Lee Maracle wrote about it years earlier.

This past June, when I heard that Gord was receiving the Order of Canada, it seemed like a no brainer to me. The Hip have been Canadian favourites for so long that it was only fitting that they should be acknowledged for their musical contribution, and given Gord’s cancer diagnosis, it made sense that the honour be bestowed sooner rather than later. But when I read that he was receiving the Order of Canada not just for music but for his leadership as an Indigenous activist, I was stunned. Surely this was a misprint. After all, I know so many Indigenous people who have given their whole lives to furthering our cause without ever being recognized. Not only that, but so often their lifelong anti-racist work has taken a toll on their health and careers.

Gord’s death left me melancholy. I thought back to the first time I saw the Hip live at the Misty Moon in Halifax back in 1990. It was a Wednesday night, there were only about 100 people at the show, which had a five-dollar cover charge. I spent the entire night right in front of Gord, who moved like a live wire. He was young. I was young. I felt, like so many Canadians, as if I grew up with him.

But I was also shocked at the number of articles that referred to him as a leader in Indigenous activism. After Gord died, our Prime Minister said, through tears, that Gord wanted to make Canada better. Well, no disrespect to Gord, but many Indigenous people also want Canada to be better, and have been pushing and working for this ever since contact.

For instance, the women who founded the Idle No More movement in 2012 really want Canada to be better. Those women, three of whom are Indigenous, do not have the Order of Canada. They are not recognized by Canadians as leaders in Indigenous activism. Idle No More was the strongest Indigenous movement I’ve witnessed in my lifetime, and it spread throughout the world. But Canada has not honoured these women. In fact, I doubt many Canadians know their names. For the record, they are: Nina Wilson, Sheelah McLean, Sylvia McAdam, and Jessica Gordon.

I was interviewed by Peter Mansbridge a few months ago, and when I mentioned my concern about this subject, Mr. Mansbridge asked: “You aren’t angry at Gord for doing this, are you?” I said: “No, I’m angry that I live in a country where, still, no one listens until a white man says it.”

I recently had the honour of interviewing the Indigenous author Thomas King. At the end of the interview I asked him a question I love asking people: Are you happy? I think his answer shocked the 500-person audience. He said: “No.” He went on to talk about the state of Indigenous affairs in Canada and how there has been no real change in his lifetime and how unhappy that makes him. When asked by a white audience member what she could do to help, he said, “Get out of our way. We don’t need help, we just need people to get out of our way.”

My response to the same question is that I would like to see non-Indigenous Canadians setting up roadblocks and stopping traffic until all Indigenous communities have potable water and affordable food. How can Canadians help? Refuse to pay your taxes until all Indigenous children have access to a good P-to-12 education while still living with their own families. Do these seem like extreme actions? Well, that’s what an activist does — they respond in an extreme way, sometimes at their own peril, in order to right a wrong.

In no way do I mean to disrespect the memory of Gord Downie. But Canadians need to wake up and realize that collectively feeling bad for little Chanie Wenjack dying on the tracks all those years ago will never change the future for one Indigenous child today. Activism is not warm and fuzzy. It is not about embracing a famous person who makes an album about a situation. It is about facing the hard truths that may make you feel uncomfortable. It’s about getting out of the way of the Indigenous people who have been demanding change for decades now. It’s about realizing you may be part of the problem, and figuring out how to use that knowledge to move toward change.

RELATED: Perry Bellegarde on Gord Downie: ‘He will continue to walk with us’

Now that Gord has died and the media coverage has quieted down, the question is: How much of an impact did his final project have? Will Prime Minister Trudeau wipe away his tears and actually change the plight of Indigenous youth who continue to be taken from their families? Will Tragically Hip fans start actively taking part in reconciliation?

Regardless of the answers to those questions, I hope, at the very least, that Canadians will re-examine this appetite for white narratives that make them feel comfortable in the “activism” of pity, while actually remaining removed from the equation. I hope they begin to listen to the Indigenous narratives that make them question all they know and engage in the discomfort of true personal and political activism.

If Gord Downie really wanted this country to change — and I, for one, believe he did — then I think, in response to this article, he would have said: “Candy, baby, I know exactly what you mean.”