How to save NAFTA in one day

Scott Gilmore: If Trudeau wants to save NAFTA, he could take a lesson from China, Russia and the Philippines. Forget about appealing to the U.S. diplomatically, just suck up to Donald Trump himself 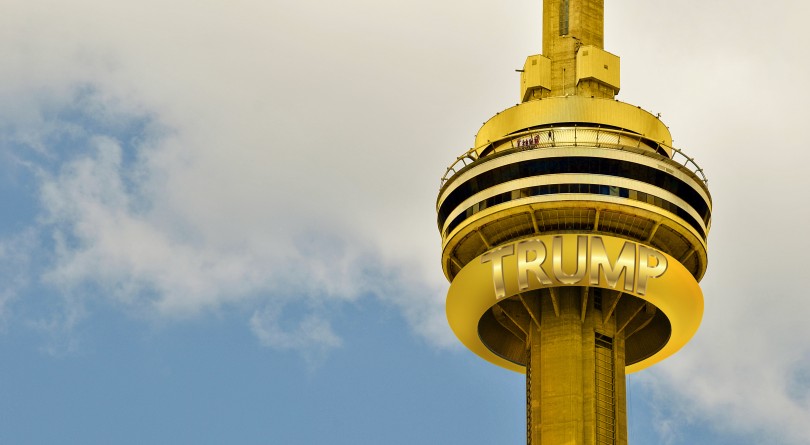 The NAFTA talks do not appear to be going well. In recent days, President Donald Trump has been complaining about “spoiled” Canadians, and Prime Minister Justin Trudeau has been struggling to solve an impasse on auto production. Negotiations have dragged on for 10 months, and there is a fear that until Ottawa has signed a deal with Washington, the trade pact (and the Canadian economy) could be crushed by just one angry tweet. Other countries, however, appear to be making more progress with the United States than we are.

The crown prince of Saudi Arabia, for example, was able to convince Washington to support his blockade of Qatar—a longtime American ally that hosts the Pentagon’s forward headquarters for U.S. Central Command. This was such a dramatic diplomatic shift neither the president’s own secretary of state nor his secretary of defence knew about it beforehand.

In the Philippines, President Rodrigo Duterte also pulled off an unexpected diplomatic coup. His regime has been widely criticized by the United States and its allies for human rights abuses and extra-judicial killings. Duterte himself has boasted of personally murdering three people. Nonetheless, Trump surprised everyone by inviting the Filipino leader to Washington for a state visit, an honour that had not yet been extended to any American allies at that point.

Likewise, no one expected the president’s recent shift towards Beijing. Throughout his election campaign and for most of his presidency, Trump has criticized China’s “unfair” trade practices and constantly threatened retaliation. Then suddenly, last week, the White House indicated it now prioritizes trade with China. Amazingly, the president then announced that he was working with Chinese President Xi Jinping to help put the telecoms corporation ZTE “back in business.” This is a state-owned conglomerate that has faced American restrictions for violating North Korean sanctions and whose products are banned by the U.S. military out of fear they are used to spy on their troops.

Perhaps the most impressive diplomatic successes have been Russia’s. The country has gone from being America’s primary rival to something akin to a White House favourite. After Trump won the nomination for president, the only change his team made to the Republican policy platform was to ease support for Ukraine’s defence against Russia. Trump then cut off support to the Kurds fighting the Syrian government and its Russian allies. And, of course, Putin’s biggest windfall was German Chancellor Angela Merkel taking the historic step of conceding Europe can no longer rely on Washington to defend it.

How did these leaders do it? They recognized that Trump practices a hybrid form of transactional foreign affairs. Typically, quid pro quo diplomacy involves states trading favours—one country gets a tariff cut, for example, in return for hosting a military base. But Trump has modified this approach. Traditionally, international relations are conducted state-to-state. Now, they are state-to-Trump.

How did Duterte get his invitation to the White House? By appointing one of Trump’s business partners to be his official liaison in Washington. Moscow’s secret? Among other things, Russian oligarchs have been channeling millions of dollars in investment into Trump-owned businesses for several years. The most recent instalment being a $1 million consulting fee to Trump’s personal lawyer, Michael Cohen.

Less than a week before Trump’s sudden desire to help Beijing, a Chinese state-owned construction company finalized a deal to help one of his investments in Indonesia. And White House support for the Saudi pivot against Qatar came right after the presidential son-in-law asked Riyadh to invest in one of his struggling Manhattan office towers. (Trump’s support has since evaporated—not coincidentally, right after the Saudi money disappeared and Qatar agreed to invest in their place.)

Leaders around the world have figured out how to deal with the United States—negotiate with the man, not the country. Our own Prime Minister should learn from these examples. Instead of wasting months trying to save the NAFTA agreement by earnestly conceding auto tariffs, or giving up dairy subsidies, we should be focused on what Trump wants, personally.

Investments, for example, are always welcome. A Russian oligarch linked to Putin once gave Trump $50 million more than the asking price for a property he had been unable to sell. Maybe we could move the Canadian embassy in Washington into his Old Post Office hotel.

Trump also likes special deals for his family. The Chinese, for example, just approved more than a dozen trademarks for Ivanka. Perhaps we could give Baron the RCMP musical ride, or unlimited life-time year-round big game licenses for Don Jr. and Eric.

But I would argue what Trump craves most is recognition. Therefore, I propose we put his name on the tallest structure in Canada and rechristen the CN Tower with the Trump name. We could use gold paint, with letters 20 feet tall, and it would take less than a day to make the change. We would have a NAFTA deal before the paint was dry.