Our Editorial: We picked 50 Canadians who we think represent power in a time of transformative change and are moving the needle in their chosen fields 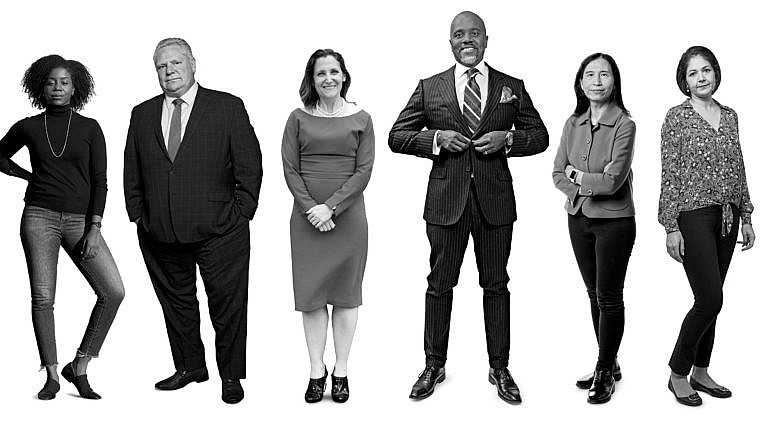 Few moments have challenged our understanding of power as profoundly as the one we’re in. Remember the two or three years before “COVID-19” entered the global lexicon? Root-and-branch change was all around. Social movements like #MeToo and Black Lives Matter were on the march. Technology had overthrown mainstays of business and the media, and new players were in ascent. Cornerstones of liberal democracy—rule of law; trust in institutions; the very notion of truth—had come under siege.

The pandemic has a way of erasing short-term memory. But of course, those forces of change go on. COVID, meanwhile, has flipped orders of power yet again. Seemingly overnight, hard-headed populists like Doug Ford were deferring to public health officials, while formerly obscure scientists persuaded us to reconfigure our lives. Apostles of fiscal rectitude stood down, giving way to believers in activist government and applause for debt-funded spending sprees that months earlier would have sent the economic hawks into paroxysms.

What, then, is influence in 2021? Who is advancing big ideas and shaping perceptions? Who is really leading Canada through its greatest upheaval since the Second World War? Why them?

These questions do not yield to algorithms, or to pat assumptions about power that begin with wealth and status. Any definition of power today must account for, say, the impact of Elliot Page, the Oscar-nominated actor who came out as trans; or that of Joyce Echaquan, the Indigenous woman from Quebec whose dying act was to livestream the cruel and offhanded insults of hospital staff who should have been saving her life. Echaquan’s voice, still heard, unleashed a wave of raw and righteous outrage, waking the country to systemic racism in health care and beyond. 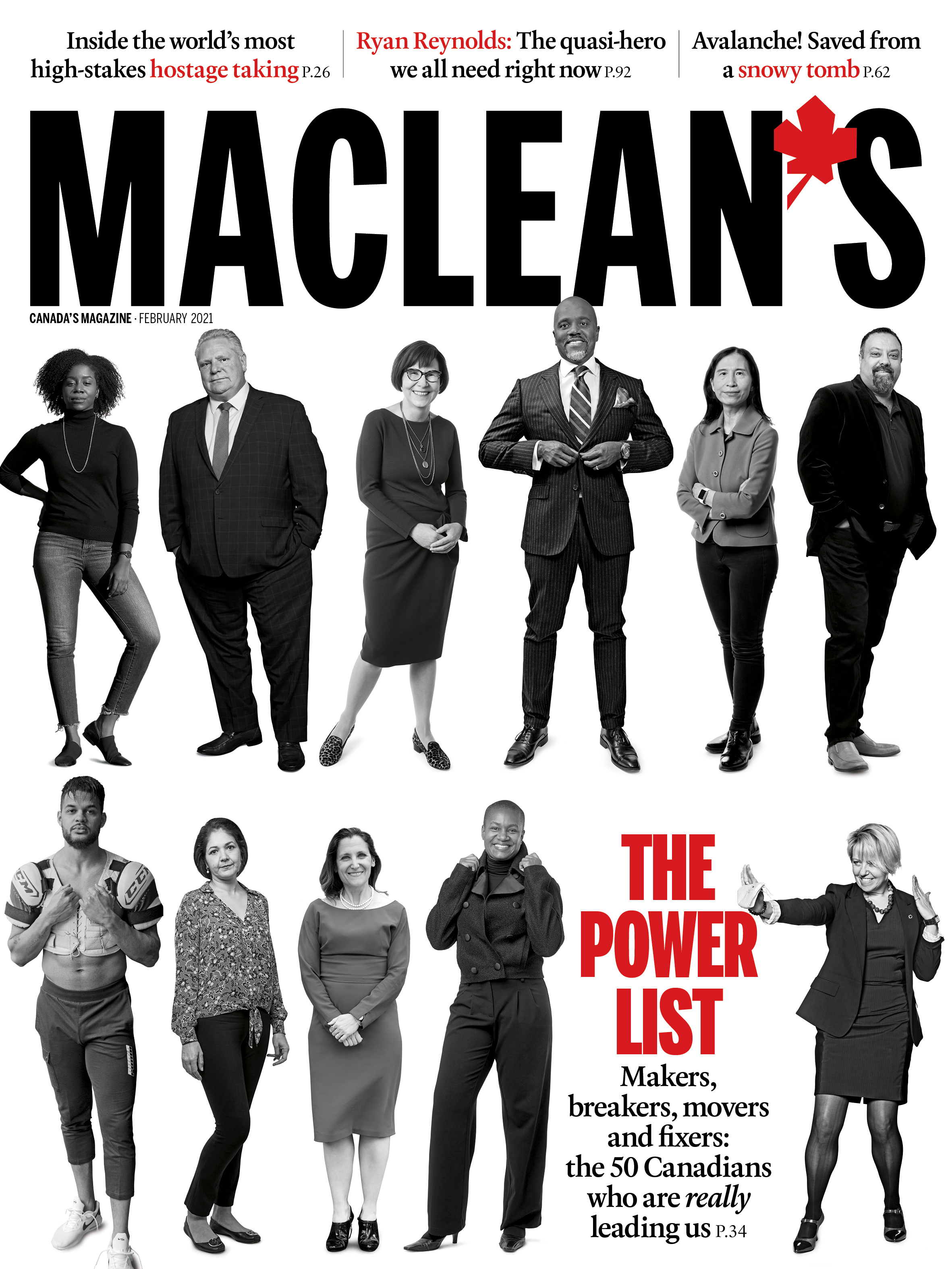 For the purposes of the 2021 Maclean’s Power List, we canvassed the landscape for Canadians with qualities we think represent power in a time of transformative change. By dint of their actions, words or character, they force us to watch, listen and learn. They are moving the needle in their chosen fields, and in many cases the wider world. Importantly, they are good-faith actors. History may judge them wrong, but they act in the belief that doing so will result in a better world.

You may notice therefore a shortage of power brokers in the conventional mould—bank CEOs, cabinet ministers, scions, high-powered lobbyists. For this list, warming a seat in the establishment doesn’t cut it. Nor does preserving the status quo. Nor, certainly, does exercising power for the mere sake of disruption. (Peddlers of conspiracy and disinformation could be thought of as influential; you will not find them in this ranking.)

Given the foregoing, you may also arch a brow at the Prime Minister’s position at the top—this white, male avatar of dynastic politics who too often acts as if Canada’s highest elected office is his birthright. Consider it a matter of timing. Or, if you prefer, a tie. Tobias Lütke, No. 2, might be the most underrated titan in the country’s corporate history, the co-founder and CEO of a new-era upstart whose valuation is now greater than any Canadian company’s. During the pandemic, Shopify became a lifeline for businesses big and small, across Canada and around the globe.

But in our view, the conditions created by the public health crisis nudge Justin Trudeau ahead by a nose: it draws the spotlight, whose glare he doesn’t fear; its economic fallout has freed him to spray unheard of sums of money across the country. Meanwhile, the departure of personalities from his government and inner circle has by default made him an undisputed locus of power, and through it all he has successfully navigated the shoals of minority government. For better or worse, in varying degrees, we are all in his hands.

Whether Trudeau’s good fortune will outlast the pandemic, securing his place not only in our ranking but among Canadian PMs of enduring legacy, is an open question. For him, as for all of us, the ground is shifting. See the full Power List here.