How the oil industry created a ‘deep state’ in Canada

Opinion: The former leader of the Alberta Liberal Party warns that democratic institutions in Canada are falling under the sway of the oil industry 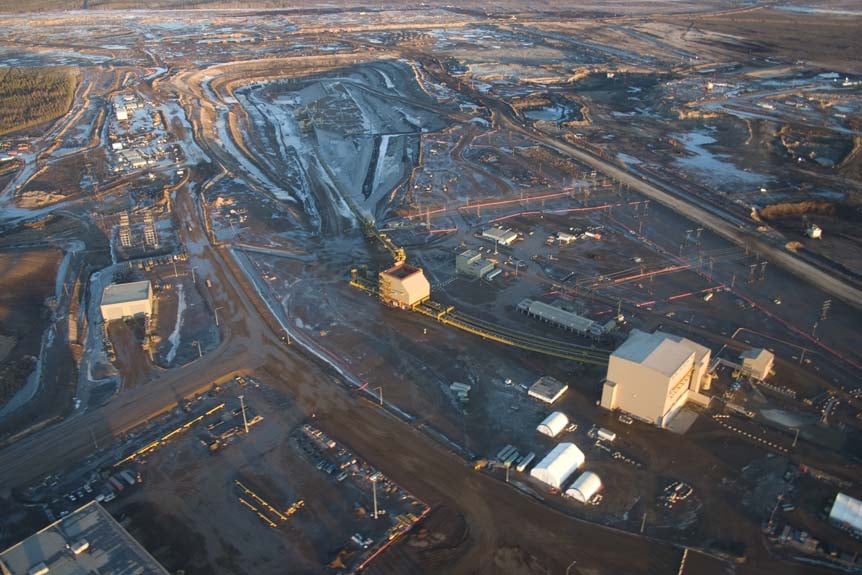 You may have heard the term “deep state” in recent months, especially out of the United States. It is a powerful term, but in Canada its meaning is getting stripped. Up here, “deep state” is in danger of becoming just another term for bureaucratic inertia and a resistant civil service. That distorts the concept, so let’s take a look at this term, and an example of a deep state in Canada.

Democracy depends on a wide range of institutions: political parties; courts, police, and media; non-partisan civil servants and arms-length regulators; and universities with experts who pursue truth wherever evidence may lead. A key feature of democracy is that these institutions are genuinely independent. They are not beholden to any private interest, and are instead loyal to the public interest and obedient to the rule of law.

But what happens when public institutions lose their independence? Even more, what happens when a whole series of democratic institutions falls under the sway of one private interest? This would occur, for example, when the governing party, the opposition party, the civil service, universities and regulators all follow the lead of the same private interest.

When several key democratic institutions are captured and held by the same private interest, a “deep state” forms. A deep state is an unofficial system of government that arises separately from, but is closely connected to, the official system. It is a public-private hybrid that operates outside public view. In a modern democracy like Canada, a deep state typically comprises leading owners and executives of major private interests and their allies, together with a selection of politicians and bureaucrats tied to the success of those private interests. A successful deep state captures and harnesses the institutions of democracy for its own use.

READ: Why oil sands protesters and companies both get it wrong

Very few private interests have the resources to establish a deep state. In Canada, one that does is the oil industry.

Deep states tend to arise when powerful interests are threatened. What’s the threat to Canada’s oil industry? Global warming. The link between fossil fuels and global warming has been known since the 1980s, and so has the solution to global warming: phasing out fossil fuels. Rather than accepting the science and adapting to other sources of energy, the oil industry has developed an aggressive campaign to obscure the science and advance its own interests.

Then the oil industry went into action, and one by one these democratic institutions succumbed. The Harper Conservatives became clients of the oil industry, withdrawing from the Kyoto accord and silencing federal scientists. The federal Liberals and Alberta NDP committed to expanding pipelines and oil sands production. The National Energy Board was tarred by conflicts of interest and the Alberta Energy Regulator was chaired by a former oil executive, while millions of oil dollars flowed to universities. Enough public institutions were captured by the oil industry that a state within a state was created: a deep state. Meanwhile, the hazards of global warming predicted by science came at us like zombies in a horror movie.

Let’s look at how oil’s deep state is unfolding right now. In July 2017, the Canadian Association of Petroleum Producers (CAPP) published A competitive policy and regulatory framework for Alberta’s upstream oil and natural gas industry. A central recommendation of the strategy needs to be quoted at length:

CAPP recommends that the province [of Alberta] adopt a whole-of-government approach and mandate to strengthen Alberta’s investment attractiveness while achieving government policy objectives. This approach could be supported by a Sustainable Prosperity Steering Committee, comprised of senior representatives from the regulated community [i.e. the oil industry] and the province – notably the Premier’s Office, the ministries of Energy, Economic Development and Trade, and Environment and Parks and the Alberta Energy Regulator. The intent of the committee would be to provide government and industry oversight to steward reform initiatives and drive performance on key files, with a view to minimizing cumulative costs on industry while still achieving government outcomes.

CAPP’s strategy then tied this approach to “political engagement” with the federal government to ensure “streamlined policies” for the industry, specifically naming the National Energy Board and the Canadian Environmental Assessment Agency.

In short, Canada’s staggeringly powerful oil industry wants “oversight” (their word) of political, civil service, and regulatory institutions in both the Alberta and federal governments. Do the words “deep state” start to take on more meaning now?

Oil’s deep state is a triple threat to Canada. First, the environmental devastation brought on by the industry is piling up liabilities that far outweigh the gains to most Canadians. The cost of reclaiming over 300,000 oil and gas wells in Alberta likely exceeds $70 billion, and the cost of cleaning up the toxic tailings ponds and other damage at the oil sands could reach similar levels. There is nothing close to adequate funding in place to pay these costs, much less the forbidding costs of global warming.

The second threat is economic. Alberta’s oil sands royalty system is so tilted toward the industry that the Alberta government now earns more revenue from gaming and liquor than from bitumen royalties. (You read that correctly.) So the public benefits of expanding bitumen production are tenuous. On top of that, the world is working hard to end its dependence on oil, so hitching the country’s economy to an industry that must be phased out is recklessly short-sighted.

READ: No, it’s not ‘crazy’ to regulate emissions in the oil sands

Finally, we have the cost to democracy. As the country’s political parties, regulators, civil servants, universities, and other institutions come increasingly under the sway of the oil industry’s “whole-of-government” strategy, democracy itself begins to fail and we increasingly sacrifice the public interest of Canada to the interests of oil corporations.

The interests of Alberta and Canada are not the same as the interests of the oil industry—sometimes they overlap, and sometimes they are in direct conflict. The hard truth is that in coming decades the oil industry must be phased out in Canada and around the world if we are to avoid catastrophe from global warming. A healthy democracy can rise to that challenge; a country run by oil’s deep state cannot.