Losing the leadership of the free world

Scott Gilmore: Thirty years ago, it was easy to believe when Reagan said that America was a 'beacon of freedom'. Nobody's buying it today. 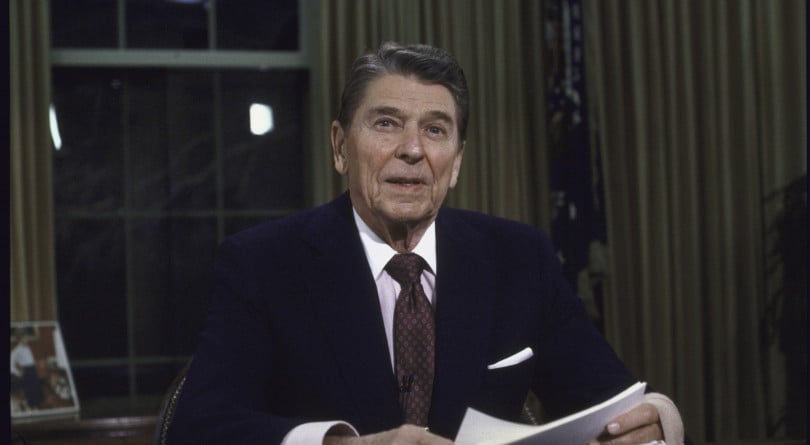 The counsellor to the president, Kellyanne Conway, stood on the lawn of the White House and spoke with reporters yesterday. When questioned about the president’s latest racist statement she paused, looked at the journalist, narrowed her eyes and asked, “What’s your ethnicity?”

Thirty years ago, some 200 feet from where Conway was standing, Ronald Reagan gave his final speech as president. It was his last day in office, and he marked it by bestowing two presidential Medals of Honor (in this bygone bipartisan era, one went to a Democratic politician, the other to a Republican secretary of state).

Reagan took advantage of the occasion to share his parting thoughts on what made America such a “great and special place in the world.” It was a short address, and it is worth reading if you have a few minutes.

The first thing that stands out (to me as a Canadian) is how much easier it was then to claim the United States was a unique and “shining city on a hill.” Before the fall of the Berlin Wall, before the first Gulf War, before Afghanistan, many people in the world shared Reagan’s idealized vision of Americans as the “custodians of freedom for the world.”

But since then freedom, thankfully, globalized. The Heritage Foundation now ranks Canada and 10 other nations as being more economically free than the United States. Reporters Without Borders judges over 30 other countries have more press freedom. By comparison, the democratic ideals of Canada and Europe are not handicapped by gerrymandering, money politics and voter suppression. Now, a person is more likely to be imprisoned in America than anywhere else on earth.

In 1989, a president could claim (as Reagan did that day) that America was a unique “beacon of freedom and opportunity,” and that “no country on Earth comes close.” It was not only plausible then, it was a view widely shared everywhere in the western world. Now, when President Trump makes a similar boast, only his most passionate partisans believe it.

Even then, the people of Britain, Canada, Australia, and New Zealand would have rolled their eyes at that boast. And now, a majority of Germans and Frenchmen would likely raise an eyebrow, too.

But those lines are especially difficult to read in the midst of a week when the current president of the United States, and his party, are arguing foreign-born members of Congress should not criticize their new home.

In a series of tweets, the president attacked a group of democratic congresswomen and told them if they didn’t love the United States they should “go home” (even though three of the women in question were born in America and the fourth had been a citizen longer than the First Lady). Conway followed up by calling the quartet the “dark underbelly of this country.”

The new consensus on the right is that “Americans” are white and born there. Anyone else, even if they immigrated legally, even if they passed their citizenship exam and swore their oath of allegiance, even if they were elected by Americans to represent them in Washington, are simply guests who must know their place, and behave accordingly.

Reagan’s Republican Party no longer exists (just as Jimmy Carter’s party is mostly unrecognizable from today’s Democratic Party). But one would have expected that at least the bedrock ideals of the right and the left would remain, just three decades later. You would think that the values a Republican president and icon thought were so important and definitive they would be the last he spoke before stepping down would endure in some form. But they haven’t.

Reagan left office boasting that America led the world “because, unique among nations, we draw our people—our strength—from every country and every corner of the world.” And now, his Republican predecessor openly mocks the notion.

Before leaving the podium and then the White House that day, President Reagan predicted that if the United States “…ever closed the door to new Americans, our leadership in the world would soon be lost.” He was right. America does not lead the free world anymore. And in a country so deeply divided by partisan animosity, the president of the United States doesn’t even lead most Americans anymore.