It's time to take on far-right extremism

Opinion: Far-right nationalists can no longer be thought of as a fringe group. They're leading one of the major terrorist movements of our time. 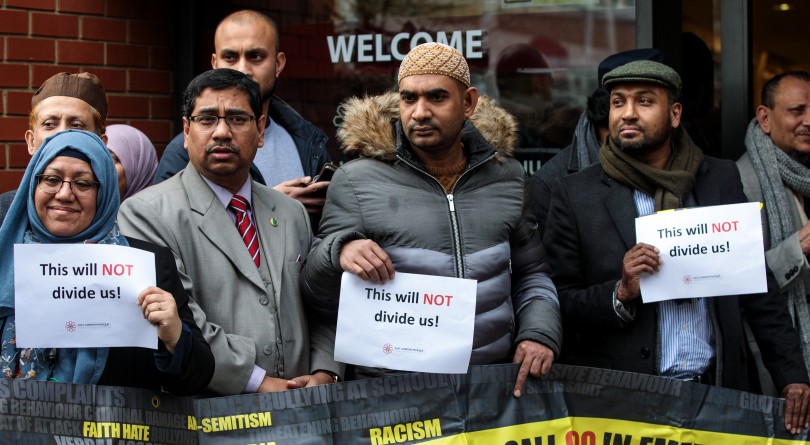 People attend a vigil at the East London Mosque for the victims of the New Zealand mosque attacks in London, England (Photo by Jack Taylor/Getty Images)

Friday’s heinous and unprecedented attack by a group of far-right extremist terrorists on two mosques in New Zealand, that claimed the lives of 49 Muslims and counting, has once and for all established that far-right extremists are a major force of evil to be reckoned with on the world stage.

While the problem has been clear for some time now, far-right nationalists must no longer be shrugged off as an afterthought, or a fringe group whose modus operandi is limited to the political sphere.

Instead, it must now be confronted as one of the major terrorist movements of our time, with the proven ability to wreak unthinkable carnage and bloodshed, much the same way the world has, rightfully, come to approach ISIS.

To get an idea of the scale of the horror that was committed in New Zealand by an anti-Muslim/anti-Immigrant far-right extremist, just consider that our own tragic mosque shooting in Quebec, in which six innocent worshippers were killed, rightfully sent shockwaves across the country, and that the ghastly van attack in Toronto that killed 10, changed us forever as a nation.

READ: New Zealand shootings: What we know so far

In both cases, one death was too much to bear, and multiple deaths made it a national moment of mourning. But in New Zealand, a mind-boggling 49 people (Muslims targeted for their faith) have been killed while offering Friday prayers, with over 40 more in hospital for gunshot wounds, and a death-toll that is likely to keep rising.

Prior to this attack, the single largest terror attack in New Zealand’s history was a mass-shooting that killed 13.

I think it’s now time to recognize that “Islamic” extremism and “Islamic” terror are no longer the only major ideologically fuelled threat whose imminent and pervasive danger can be felt all over the world. It’s not enough anymore to just look out for “Islamists”—we have to bring that same proactive and systematic approach to a much wider scope of extremists who hail from any and every background, but starting firstly and foremost with those who are aligned with violent far-right national extremism.

What separated ISIS from other terror groups or movements when it emerged on the global scene was the fact that it was ideologically driven, with a global organization structure that harnessed the power of the internet to proliferate its ideology and recruitment efforts.

We are now seeing the same evolution having taken place in the global far-right extremist movement.

Of Friday’s mosque attack, the New Zealand Prime Minister stated that it was “well-planned” with guns, bombs and coordinated attacks, and that mosques around the country would be monitored to prevent any further systematic expansion of this plan, should a wider group of accomplices be involved.

Similarly, it has been reported that the gunman had released a 74-page manifesto via social media shortly before the attack, again centering on the recurring themes of anti-immigration and anti-Islam.

If that’s not organization and ideology, along with the use of the internet to spread said ideology, I am not sure what is.

And beware, the movement is global, and revving up more and more with every passing month. In the U.K. the far right English Defence League (EDL) grows more emboldened all the time; in the Netherlands, the right-wing Freedom Party led by Geert Wilders has created permanent in-roads in the national consciousness that is only expanding; in Germany, the AfD grows ever stronger, and in Italy the Lega Nord is riling up the masses against immigrants; in the U.S. there are over 300 well-formed militias, all of which are predicated on an extreme far-right ideology.

Barbara Perry, a crime expert at the University of Ontario Institute of Technology, told the CBC last year that there are at least 130 active far-right extremist groups in Canada.

Essentially, our security lens has to widen now, with the knowledge that security in a domestic setting, especially in the society that we’re living in, is not about weapons; it’s about people; it’s not about guns, it’s about the people pulling the trigger.

Ultimately, as we in Canada have learned so gut-wrenchingly this past year, anybody with a driver’s license can commit mass murder at any moment’s notice. Or for that matter, even somebody with a knife. So if we ban guns, will we ban cars and knives? Certainly not. Instead the focus has to be on people, not objects.

In August of 2016, the RCMP foiled a terror plot hatched by Aaron Driver, who was an ISIS militant living in Canada. Driver died during an altercation with RCMP officers in Strathroy, Ont., after they learned of a martyrdom video, linked to him, made by someone planning an attack using homemade explosive devices.

The reason the RCMP were able to prevent this attack, was because they—and their security partners—were on the lookout for it; collectively on the alert for any material to appear on social media or online from any suspected ISIS militant. What’s needed now, is to expand that lens to monitor for extremists of all backgrounds, and especially the far-right militant extremists.

The way that our intelligence agencies track so many different data points and sets of information related to terror profiles, through social media, online records etc., is the same type of approach needed to curb this alarming rise of far-right terrorism.

Unfortunately, in the U.S. that capacity is shrinking with programs that target domestic terrorism under pressure.

And in Canada, it’s not clear how seriously police and intelligence agencies take the threat of far-right extremism.

But what more do we need to see, to know the scope of what we are dealing with? In reality, shouldn’t we have known when we saw McVeigh? If not, surely by Breivik’s time? Or certainly by the time of Dylan Roof in Charleston and the many others since and before? How about seeing armed white nationalists marching in American streets with the approval of the president of the United States?

It’s not the way in which these individuals give expression to their outbursts of public violence that we should be focused on. If they don’t pick up a gun, they’ll just get behind the wheel—this is our new normal.

Our concern cannot be just about the weapon they may use; for us, it has to be about the lead up, and knowing their journey to violence. That means expanding the global lens from not just ISIS, but to now start including far-right militants and extremists across the world as well.

Ahmed Sahi is a writer and journalist based in the Greater Toronto Area.