Andray Domise: The Super Bowl's various controversies emphasize capitalism's infiltration of the political realm. For marginalized communities, selective consumption is one of the few remaining ways to make a statement. 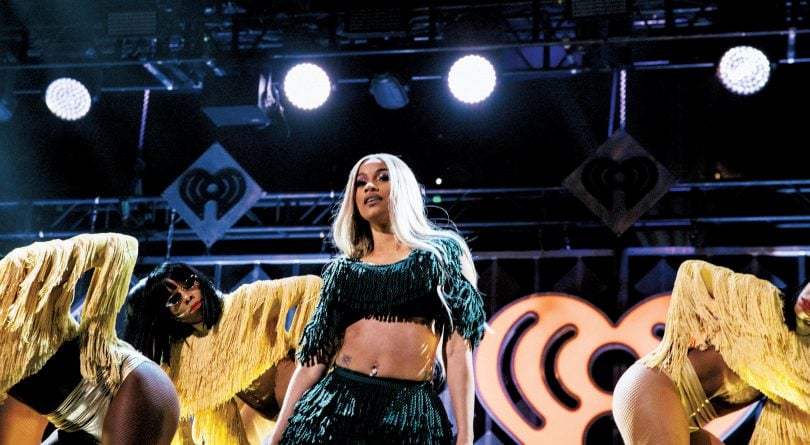 In 2009, the now-deceased British theorist Mark Fisher published his seminal work Capitalist Realism, a short read detailing the extent to which capitalism had come to dominate modern political thought. Early on in the book, Fisher likens capitalism itself to the alien creature in John Carpenter’s 1982 ﬁlm The Thing: “a monstrous, inﬁnitely plastic entity, capable of metabolizing and absorbing anything with which it comes into contact.” The analogy is as apt as anything ever written on the topic. Not only on the ways capitalism co-opts opposition to its own excesses, but also the way this co-opting is invisibly fuelled by the state and the various apparatuses supporting it. With Western governments increasingly abdicating their duty to serve the greater public good, and offloading that responsibility to the assumed benevolence of private capital, we’re long past the days when political dogﬁghts took place at the ballot box.

Now they’re taking up space in our living rooms.

Take, for example, Super Bowl LIII. After popular hip-hop artist Cardi B and R & B singer Rihanna announced they would not participate in the halftime show, pop-rockers Maroon 5 and rapper Travis Scott agreed to take the stage instead. In response, more than 100,000 people signed a petition asking Maroon 5 to drop out, and Travis Scott was widely mocked in the hip-hop community. To take that stage, in the politically charged atmosphere brought about by the NFL’s alleged blacklisting of Colin Kaepernick, would be tantamount to declaring that Black lives matter less than a brief and unpaid television performance.

RELATED: Yes, you can watch Super Bowl ads in Canada this year—but it might be the last time

The NFL didn’t arrive at this level of polarization by accident. When police ofﬁcers killed unarmed Black people with impunity, they were met with protest. When those protests for Black lives were met in the streets with riot gear and tear gas, the most prominent Black voices in the nation were called on to take a stand. And when some of them took a stand by kneeling, Kaepernick being the ﬁrst, they were threatened with punishment by league owners. They were called “son of a bitch” by the president of the United States.

To be a Black athlete in mainstream sports culture is to live through the attempt at having one’s body sterilized of historical and political context, having one’s face and identity branded by sponsor labels, and having one’s performance on the ﬁeld marketed as a wholesome television pastime. The process is a complete sanitization and erasure of the psychosexual projection that white society has long placed on the Black body, and an assertion that the viewer’s gaze supersedes the athlete’s identity.

This process, generating money at every turn for sponsors, agents, teams and leagues, is contaminated when Black athletes remind viewers that their very existence is political, and that they belong to a community once the cameras and stadium lights are shut off. Direct action being met with status quo resistance, the natural response for Black consumers of TV entertainment would be to oppose the silencing of athletes. If Nike’s endorsement of Colin Kaepernick shows anything, it’s that capitalism has an answer for that politic, too.

How could it be otherwise?

The inevitable politicization of entertainment is, of course, not limited to the NFL. Comedian Kevin Hart recently stepped down from his role hosting the Oscars after a history of offensive and homophobic tweets surfaced. In one of them, Hart suggested that if he caught his son playing with his daughter’s doll house, “I’m going 2 break it over his head & say [in] my voice ‘stop that’s gay.’ ” There was a mild furor over Hart’s dismissal, including an attempt by comedian Nick Cannon to pull up homophobic tweets by white comedians and hold them to comparison. But by then, the damage had been done.

This is, of course, no accident either. Along with the push for diversity in ﬁlm over the past few years has come the question of why LGBTQ representation is barely existent. Blockbuster ﬁlms like Thor: Ragnarok and Solo: A Star Wars Story attempted to ﬁll in the backstories of their characters through press junkets, intimating the queerness of characters like Valkyrie and Lando Calrissian. And yet no evidence of this was shown on screen. Dramatic ﬁlms like Dallas Buyer’s Cluband The Danish Girl, on the other hand, openly depicted trans characters but cast cisgender male actors to play them.

RELATED: The most political Super Bowl of all time doesn’t have to be

Being disrespected and erased on screen is one thing; it’s entirely another when the host of an awards show gleefully does so in his own free time. To expect zero pushback would be to expect that Oscars viewers accept the hypothetical gay-bashing of a child as the cost of being entertained. That is a narrative that cuts far too close to many people’s lives and family experiences to stand by passively and say nothing.

This is what happens when companies and industries are keen to reach new demographics willing to offer time, money and attention, but aren’t willing to grapple with what is happening in the lives of those consumers. Mark Fisher’s Thing, that relentless, always-advertising aspect of capitalism, has managed to engulf underserved markets that will pay for season tickets, buy league channels and show up to ﬁlm screenings on opening night. What it hasn’t been able to do, however, is replicate the politics that diverse audiences must navigate in order to get through daily life, much less be regarded as fully human.

Until governments start listening to their constituents again, and these inequalities are addressed at a policy level, selective consumption is one of the few tools that marginalized groups have left. The purchase is now political; let the seller beware.