Real reform of the RCMP won't come from within

Stephen Maher: Trudeau now has the power and the responsibility to fix the RCMP—and Bastarache’s report makes his duty as clear as day 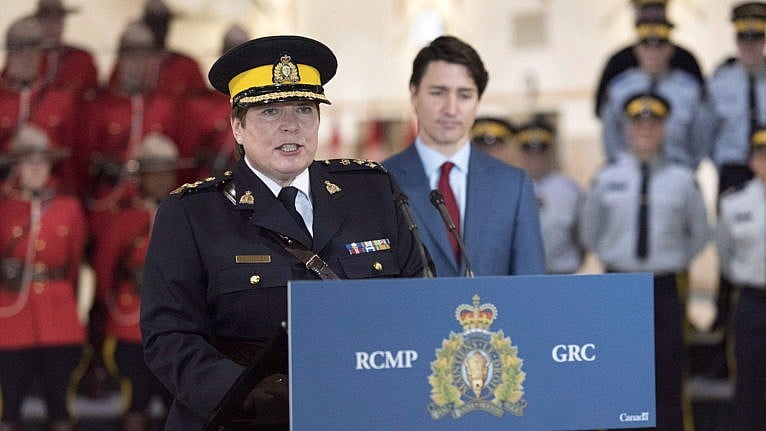 There is reason to hope that Justin Trudeau will follow in his father’s footsteps and force real reform on the Royal Canadian Mounted Police for the first time in decades.

A report Thursday from former Supreme Court justice Michel Bastarache will not force Trudeau to take action, but it creates the opportunity for him to do so, if he has the attention span and discipline for the task at hand.

Of course, there have been many reports calling for Ottawa to fix the force, and successive prime ministers have failed to do what was necessary to fix the Mounties, at least since Pierre Trudeau’s reforms in 1984.

Justin Trudeau can do what his predecessors did, and allow the force to deal with its problems on its own, but Bastarache’s report anticipates that possibility and warns against it, so if he does nothing it will be an obvious admission of personal failure.

Bastarache was asked to write his report as part of settling $125 million in claims from 2,304 female Mounties who were sexually abused or harassed on the job.

After that terrible, exhaustive research—including 634 interviews—Bastarache describes widespread, brutal treatment of women who entered the force full of optimism and community spirit and were betrayed by colleagues who objectified, exploited, belittled, bullied and threatened them, then denied them redress until they went to court.

This traumatized the victims, left them coping with terrible psychological problems, including PTSD, depression, substance abuse and problems in interpersonal relationships. One woman took her own life during the settlement process.

“It is impossible to fully convey the depth of the pain,” Bastarache writes.

It is not a question of finding bad apples. Racism, sexism and homophobia are ingrained in the culture of the force, so thoroughly that everyone, top to bottom, including the many honourable members, have had to conform with prevailing attitudes. “The culture of the RCMP is toxic and tolerates misogyny and homophobia at all ranks and in all provinces and territories,” writes Bastarache.

Commissioner Brenda Lucki was out with an interview the day before the report, promising to fix it all, pointing to all kinds of bureaucratic processes under way, but there is no reason to believe she can change the RCMP, which, as Bastarache points out, is “extremely change resistant.”

“I am of the opinion that the culture change is highly unlikely to come from within the RCMP. The latter has had many years to proceed, has been the subject of numerous reports and recommendations, and yet unacceptable behaviour continues to occur.”

The Mounties must be forced to reform: “The time has come for an in depth, external and independent review of the organization and future of the RCMP as a federal policing organization.”

Bear in mind that Bastarache was not asked to review all of the RCMP’s problems. There is a separate settlement process under way for sexual abuse against civilian employees, who are to receive $100 million.

That is to say nothing about the way the force has mistreated Black and Indigenous members, and, for that matter, many white officers who have been bullied and harassed by senior officers who are protected by the hierarchical, paramilitary structure of the force.

And that is just enumerating the force’s sins against its own people, saying nothing about members of the public who have to cope with racist, sexist and incompetent policing, including Indigenous people who have good reason to doubt that the Mounties will treat them justly.

The RCMP showed up with SWAT teams, snipers and attack dogs when Mi’kmaq protested fracking in New Brunswick in 2013, but stood by and watched when non-native fishermen terrorized Mi’kmaq fishers this summer in Nova Scotia. What are Indigenous people supposed to conclude from that?

And then there is a fundamental question of competence. The final verdict on the recent mass shooting in Nova Scotia is years away, but there is good reason to think the Mounties made an unbelievable, shocking mess of it.

Bastarache echoes many others when he says the force needs to be changed from outside—“independent external pressure.”

If the government really wants to fix the Mounties, it must impose civilian direction and “sustained monitoring of implementation for several years,” the kind of change forced on the Canadian Armed Forces after soldiers beat a Somalia civilian to death in 1993, according to Queen’s University Professor Christian Leuprecht, author of a 2017 report for the Macdonald-Laurier Institute.

Like the RCMP, the RUC was a colonial, paramilitary force designed to project power over a subject people, and like the RCMP it struggled to maintain legitimacy among those it policed.

The reconstitution of the RUC was a key part of the Good Friday Agreement, the 1998 peace deal that ended the long terrorist war in the north of Ireland. The force had its name changed—to the Police Service of Northern Ireland—and it offered early retirement for officers who stood in the way of reform.

It is a measure of how difficult it is to force change on a paramilitary police force that only the prospect of continued low-level war created the political environment necessary to bring about change in Ulster.

The RUC, like the RCMP, was shielded by a powerful ideology linked to the terrible losses suffered by members in the line of duty. But the RCMP has a much more powerful brand—it is the most recognized police force in the world and a beloved symbol of Canada. That image, which is a source of such pride and strength, is an obstacle to reform.

In an interview before the Bastarache report came out, Lucki said she was “thankful” that she had struggled to answer a question in June about whether the RCMP suffered from “systemic racism,” because she didn’t want members to think she was calling them racist.

It is not clear that she understands the task at hand.

Lucki is under pressure from Mounties who complained that her reluctant admission of systemic racism was a betrayal.

The tail is wagging the dog. Mounties who think that way need to be offered immediate early retirement so they can grumble in the pub while a new generation of people can fix what ails the force. Canada needs to do what they did in Northern Ireland: offer early retirement to stubborn old coppers who can’t get with the program.

The RCMP has for too long thought of itself as a power unto itself, and politicians live in fear of the horsemen.

Trudeau and Public Safety Minister Bill Blair have the authority and responsibility to fix it, and Bastarache’s report makes their duty as clear as day, but taking on the national police force is difficult and unpredictable, not a vote-winning proposition, so it will not be shocking if they shrink from the task.

On the other hand, Trudeau calls himself a feminist, and the top staffers in his office and Blair’s are experienced, determined women who have to be disgusted by what they learned from Bastarache’s report. Surely they will want to do the right thing.

If they do nothing, they will be betraying the thousands of fine women who the Mounties treated so badly, and I don’t think they want to do that.