Sometimes soldiering on is the wrong thing to do (Attention: CPC leadership race)

Andrew MacDougall: Fundraising emails, pledges to remove the carbon tax. The Conservative Party needs to rethink its leadership race amidst the coronavirus crisis. 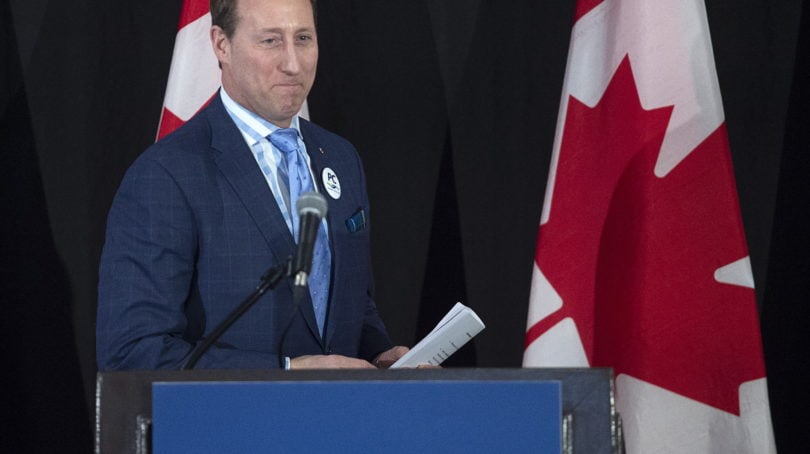 One of the things we have yet to process during the coronavirus crisis is the sheer scale of the disruption. We won’t be touching normal for a while. A long while.

The usual thing to say during crisis times is that ‘everything has changed’. But in this case, everything has changed. The schools have shut. People aren’t going into work. Health care systems are seizing. Oil is under $10 a barrel. A brutal recession will soon be underway and governments are pledging eye-watering sums. They’ve even cancelled hockey. The point being, nobody is carrying on as normal. You can’t carry on as normal, thanks to the imposition of ‘social distancing’.

Unless, that is, you’re the Conservative Party, who are still carrying on with the leadership race as if the bottom hasn’t fallen out of the world. Fundraising emails are still landing in inboxes. Pledges to remove the carbon tax abound. As if anyone still cares.

The delicate balancing act now facing organizations is how to judge their needs against the greater good. And with people in survival mode or—barring that—extreme anxiety mode, the threshold for getting in someone’s face right now with a pitch is sky-high. Telling people how you’re switching to contact-free delivery in the age of coronavirus is undoubtedly a good thing; using the virus as a hook to pitch the shielding power of your prophylactics probably isn’t.

For their part, the bigwigs within the Conservative Party are still ready to get it on. They have clearly decided their constituencies still want to see some action. And in this they are probably correct; the desire to deputize someone to lead the fight against Justin Trudeau is undoubtedly the pressing concern amongst the Conservative cohort. The party just needs to be mindful that it’s decidedly less so outside of its four walls.

And that’s the thing: the leadership race doesn’t exist inside the membership vacuum. It can be seen by others. By outsiders. By outsiders worried about things like coronavirus laying waste to the global economy. And one man’s unbridled rage against Roxham Road risks coming across as petty and misdirected when the government has taken the unprecedented step of shutting down the entire Canada-U.S. border. Sometimes it’s the forest, not the tree.

None of this is meant to minimize the importance of having a new Conservative leader. While Andrew Scheer remains able and available to hold the government to account as it races to mitigate the impacts of COVID-19, he also comes to the task bearing the giant asterisk of the also-ran. A permanent leader of the official opposition will help Canada’s democracy function at a critical time.

The question now before the Conservative Party is whether there’s a more equitable way to get there now that the world has gone pear shaped. Everybody agreed to the rules when the shot from the starter’s pistol rang out, but those who are lagging in the early stages of the race will now find it nigh on impossible to make up ground in a world where nobody is allowed to leave their house. And while the party insists that nobody is ringing them up to protest the existing rules or timelines, a couple of organizers from the smaller campaigns are crying ‘stitch up’ on Twitter. It’s not the best look.

Which brings us back to judging the public mood. Does sticking to an arbitrary timeline which stretches to the end of June still make sense, given normalcy is unlikely to have returned by that time? Or does the urgency of our national emergency require a more timely decision? And if the latter can’t be done in a fair manner given the hurdles facing the minor candidates, is a date somewhere in the post-coronavirus distance more equitable?

There is, of course, something to be said for soldiering on. We certainly want our leaders and front-line workers to soldier on through this crisis. We want our employers to keep grinding hard so that we might have some place to work. And heaven forfend the Netflix backend should drop out right now. But absolutely no one, not a single person, is counting on political parties to soldier on.

It’s time for the Conservative Party to read the room and make a call, because the status quo isn’t likely to satisfy anyone, including the population to which they’ll be auditioning for in the next election.