Ted Bundy is not a 'sexy' serial killer

Alicia Elliot: 'I want a movie about a woman who overcame her encounter with a serial killer and what her life was like after that.' 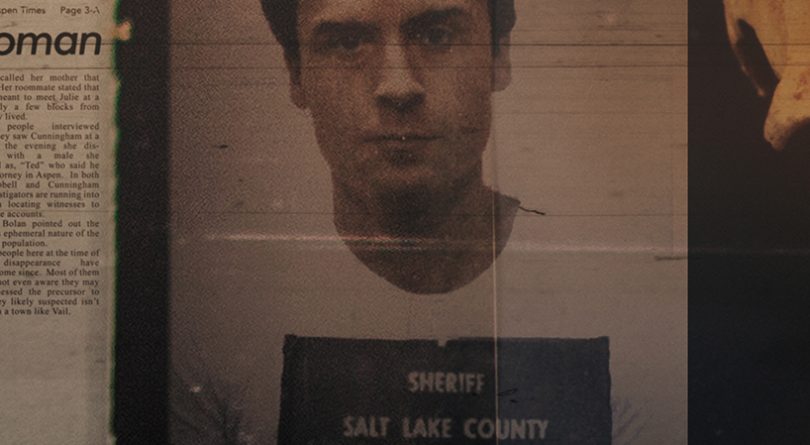 I was in grade nine when I fell under the spell of a serial killer. Lestat de Lioncourt: a vampire with soft brown curls and poreless porcelain skin, created by author Anne Rice and portrayed by Tom Cruise in 1994’s Interview with the Vampire. Stuart Townsend’s Lestat in the 2002 film Queen of the Damned was the one I fell for. He wore leather pants; he was the lead singer of a band; he poetically reflected on the meaning of his seemingly endless life. And, he murdered young women his manager brought to him to kill—after charmingly flirting with them. I remember, at 14, watching young groupies in these movies try to strike up conversation with Lestat, and being embarrassed for them.

“They’re pretty, but so shallow,” I thought, knowing that if I were part of the fictional story and got lucky enough to be scooped into a limousine and shuttled to Lestat’s mansion, I’d say just the right words to convince him that I was different. I wasn’t like the other young women he slaughtered with barely a second’s thought. He wouldn’t kill me and drink my blood; he would love me. I would change him.

Of course, that was false. He was fictitious. He couldn’t change. But that never stopped me from imagining another reality: one where Lestat and I were vampires together, eternally young and emo. Our victims never once crossed my mind.

I thought a lot about my 14-year-old self, as I watched countless women on social media sexualize and fawn over a real life serial killer: Ted Bundy. This man has kidnapped, murdered, raped and defiled the corpses of at least 36 women—but the true count may be well over a hundred women. He has also fascinated the public since his first arrest in 1975.

This year marks 30 years since Bundy’s execution, but instead of marking this as a time to remember the lives ruined by one of this century’s most notorious criminals, the media has once again cast the spotlight on Bundy. Netflix capitalized on the anniversary and renewed public interest with their latest true crime docuseries, Conversations with a Killer: The Ted Bundy Tapes. As if that weren’t enough, former Disney star and current thirst trap Zac Efron portrays Bundy in the Hollywood version, Extremely Wicked, Shockingly Evil and Vile—a title which is so absurdly long and over-the-top, it seems almost tongue-in-cheek.

And neither of these projects is being subtle about their portrayal of Bundy as both America’s most infamous serial killer and a total dreamboat. Conversations with a Killer’s first episode is titled “Handsome Devil,” and barely 10 minutes can pass in the entire series without someone describing Bundy as “charming” or “handsome” or “clean-cut.” Zac Efron’s Bundy winks out at us from his film’s trailer, tearing open a woman’s shirt one moment, peeling off his own shirt in prison to reveal rock hard abs the next. Headlines have described Efron’s Bundy as “a Very Sexy Serial Killer” and “Disturbingly Hot.”

He’s not hot. Zac Efron is hot and now everyone is permanently going to associate Ted Bundy with an image of Zac Efron https://t.co/LTKZm74qfv

Attraction to serial killers isn’t a new phenomenon. As mentioned in Conversations with a Killer, young women flocked to Bundy’s murder trials, some attempting to pass notes to his attorney to deliver to him. One woman, immediately after describing her fear that Bundy could “get me next,” is asked if she’s still fascinated by Bundy regardless. Her entire face changes—her eyes light up, her voice lowers.

Experts note that there is a term for this type of attraction: hybristophilia, otherwise known as “Bonnie and Clyde Syndrome.” It’s used to describe a condition where sexual arousal is derived from being with a partner known to have committed a crime. While researchers have tried to understand this attraction, it doesn’t seem all that complicated to me. In fact, it seems like the natural extension of a mythology that women have been enslaved by for centuries: that immature, abusive, violent, misogynistic, even criminal men are, deep down, good men that simply need a good woman’s love to save them.

In this worldview, every man is, in a sense, broken, but never irredeemable. In fact, the more broken the man is, the harder it is to transform him, the more admirable the woman who takes on this challenge. Think Rochester in Jane Eyre, whose cruelty—and imprisonment of his first wife in his attic—were seen as mere stumbling blocks on a road to a happy marriage. Think Belle in Beauty and the Beast: all it took was kindness and patience to turn the spoiled, angry Beast who kidnapped her into a big, furry softie with a penchant for blue blazers and ballroom dancing. Think Edward Cullen in Twilight, whose declaration that he had to fight the urge to murder Bella sent her—and the many female readers who projected themselves onto her—swooning after him.

It would be easy to say that there was something wrong with the women who desire these men. But is there really something wrong with these women? Or are they just parroting what they’ve always been told—that every man has potential, and therefore deserves to be considered greater than his mistakes, however many and however serious they may be?

Whatever abusive and violent men may or may not have done, the logic seems to go, they are always deserving of our pity and regard.

Indeed, immediately after sentencing Bundy to death for the murders of Lisa Levy and Margaret Bowman, Judge Edward D. Cowart told Bundy, “It’s a tragedy for this court to see such a total waste… You’re a bright young man. You’d have made a good lawyer. I’d have loved to have you practice in front of me, but you went another way, partner.” Cowart finished his sentencing by assuring Bundy, a serial killer and rapist, that he didn’t “have any animosity” towards him.

While it will take work to change the idea that violent, abusive men are inherently more “masculine”—and therefore more admirable and desirable—than nonviolent, caring men, it’s clearly a goal worth working towards. In the meantime, perhaps fewer TV shows and movies should be devoted to serial killers, stalkers and abusers, and more offered to those they chose to hurt and demean. Kathy Kleiner, one of Bundy’s surviving victims, is a much worthier protagonist. Her sorority sisters stopped talking to her after the attack, leaving her isolated, her jaw wired shut as she drank her meals through a straw. Still, Kleiner, referred to as a “belligerent survivor” by Florida’s paper Sun-Sentinel, was strong enough to face Bundy down in court, and later revisit the scene of her attack so she could overcome her fears.

As we all binge The Bundy Tapes on @Netflix and share the trailer for the Zac Efron movie, please remember the victims. These women all had hopes and dreams. They should all have movies made about them. I always try to remember what these monsters took away. #TedBundyTapes pic.twitter.com/Q5G0HvldCY

That’s the type of person I want to see a movie about these days. Not a homicidal vampire that I crush on and make excuses for; not a mediocre, murderous white man who the rest of the world continues to insist is “charming” and “handsome” despite all evidence to the contrary. I want a movie about a woman who overcame her encounter with a serial killer and what her life was like after that. Maybe, one day, we’ll all want to see that movie, too.