David Moscrop: Appointing a single senator to cabinet from Alberta is a simple, elegant and partial solution to the glaring regional representation gap 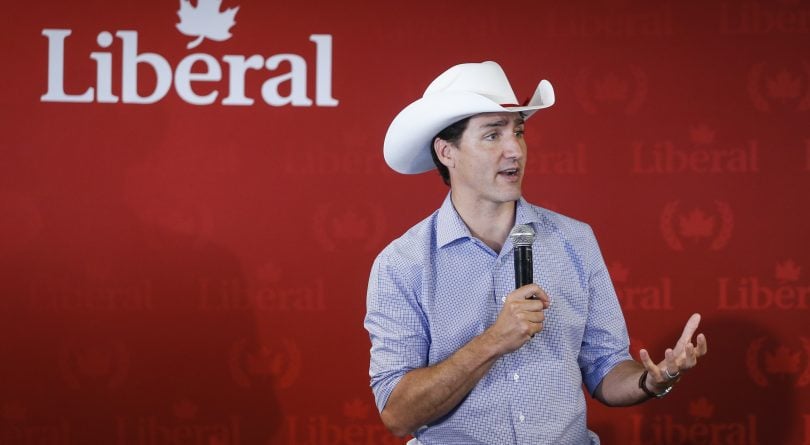 After narrowly holding on to government, Justin Trudeau and 156 other Liberal members of Parliament are returning to Ottawa, and not a single one of them will be from Saskatchewan or Alberta. Sure, there weren’t many of them before: prior to the election, the governing side had one member from Saskatchewan and four from Alberta. But a few is better than none. A few was enough to ensure representation in cabinet for each of them, drawn from parliamentarians in the House of Commons. Now, that’s not a realistic option given Trudeau has no one to choose from on his bench, and he won’t invite a member from the Conservative Party of course (and it’s unlikely they’d accept even if he did).

But there is a solution to this problem. Invite a senator from Alberta to join the cabinet.

The Constitution does not insist that cabinet members must be drawn from the House of Commons, and Canada has had ministers at the table who did not sit in the House. The executive is typically made up of MPs, but not always entirely. In 2006, Prime Minister Stephen Harper appointed Michael Fortier to cabinet and to the Senate so that his government would have representation from Quebec. Joe Clark appointed a senator to cabinet in 1979. Pierre Trudeau did it before him. (Also, fun fact: in the 1890s, two prime minsters were senators.)

MORE: What the Liberals stirred up

There are currently six senators from Alberta, four of whom sit as independents, one unaffiliated (the government liaison), and one Conservative. Inviting one of them to sit at the cabinet table would be both symbolically and substantively valuable. There are no longer regional ministers in the cabinet, since Trudeau did away with them, but regional representation remains present (albeit informally) and important to represent the federation. Symbolically, having an Albertan at the table would send a signal to the province that the government wants them at the table. Substantively, an Albertan with ties to home could help facilitate a more productive relationship between Ottawa and the province. It wouldn’t be a panacea, as no such thing exists, but it would help.

Appointing a single senator to cabinet to ensure that there is representation from Alberta during a politically sensitive and fraught moment is a simple, elegant and partial solution to a glaring regional representation problem. Moreover, that person could, one hopes, also help represent Saskatchewan, whose interests align closely with its more populous Western neighbour. A twofer; part of our heritage.

Under Trudeau’s Senate reforms, the government designed an appointments process for the Red Chamber that was meant to create a more independent, non-partisan body. Observers and experts debate the success of the effort (I think it’s off to a good start), but in the last Parliament, the Senate successfully amended more bills and pushed back against the government more often than it has in a very long time—or perhaps ever—without overstepping its boundaries as an unelected body.

Would adding a senator to cabinet undermine the growing independence of the chamber? Not really; it’s one person in a chamber of 105. Having one senator in the cabinet wouldn’t upset the balance in the Senate, nor would it undermine the ongoing project of rebuilding the chamber and securing it as a place for non-partisan deliberation. The trade-off value is enough to make it a good bargain.

But would it be undemocratic? Again, not really. The cabinet is appointed. There are dozens of ministers. The government is ultimately responsible to the elected assembly, and having a single person at a table amongst dozens of elected members of Parliament doesn’t change the fact that the Prime Minister and his government only remain in power as long as they hold the confidence of the House of Commons. Again, a reasonable trade-off.

The government should comprise a regionally diverse cabinet, including representation from particularly aggrieved regions. This holds whether or not such grievances are reasonable.

You don’t have to love it, but you should know when it’s best not to cut your nose to spite your face. Minority government, while often productive, is also fraught. It’s in the best interests of both the federation and those who live within its provinces and territories that the cabinet reflect the diversity of the country for the aim of good policy and law. Appointing a senator from Alberta is part of securing that.