The attack on WE led to an immense loss

Chip Wilson: My family and I saw first-hand how the Kielburgers put children first. The destruction of a charity that has done so much good was unjustified. 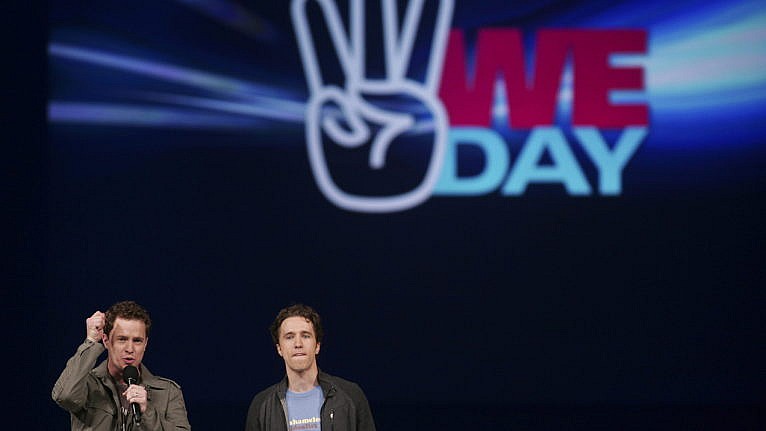 Marc and Craig Kielburger speak at the WE Day celebrations in Kitchener, Ont., on Feb. 17, 2011 (CP/Geoff Robins)

Chip Wilson is an entrepreneur, philanthropist and the founder and former CEO of lululemon athletica

Cancel culture. Two words that can take down 25 years’ of work in the span of 25 days. Thanks to “trial by headline”, readers now skim sensationalist titles and immediately jump to conclusions without actually reading the article, let alone hearing the other side.

This summer, WE Charity became cancel culture’s latest victim. Headlines bent on selling advertising instead of reporting the truth, one party’s quest to win the next federal election, and another party’s questionable ethics not only destroyed its inspirational work, but stole the dream of Marc and Craig Kielburger to create impactful philanthropy on a global scale. This trifecta effectively colluded to kill off one of Canada’s greatest charitable success stories.

The allegations that the Kielburger brothers and their families were personally profiting from WE Charity were based on speculation, not fact. My wife, Shannon, and I see how the brothers have clearly been pawns, tossed aside by their so-called “friend” Justin Trudeau, hastening to distance himself, his family, and his government from the malicious public take down. As you read this, politicians are still pursuing baseless theories before the Ethics Committee in an effort to score points with the public.

But now, the evidence is clear. Reports and forensic analyses that were commissioned by the Stillman Family Foundation, who are longtime supporters of WE Charity, were recently released by Matt Torigian, former Deputy Solicitor General for the province of Ontario, and forensic accountant Dr. Al Rosen, exonerating WE Charity, stating they “did not identify any inappropriate dealings between the WE Canada entities and the Kielburgers.”

But the damage has already been done. And the loss is immense, which is why I am writing to add my voice to the growing chorus in support of WE and the Kielburgers.

In 2017, our family travelled to WE’s Kenya operations and were inspired by how they had realized their dream of connecting hundreds of thousands of children and businesspeople around the world to achieve a common goal. A dream that developed multiple schools, hospitals, farming practices, access to clean water, and community and social enterprises that pull people out of poverty. WE then replicated this model in three other African countries, in India, and in Ecuador.

Drawn to the success and impact of the Kielburgers’ organization, two of our children attended a two-week volunteer and philanthropy inspired WE camp in Ontario, and another travelled to Ecuador to help build local schools. Our family’s collective experiences made it more than apparent that WE was a first-rate operation.

The Kielburgers put children first. They garnered success with a smart business approach to archaic charitable rules. They understood the power of celebrity and leveraged it to attract donors and engage school children in the importance of volunteerism. Never once did I see the Kielburgers put themselves before their employees, their volunteers, or the children they were so keen to help.

In 2007, my wife and I started imagine1day to bring quality education to all children of Ethiopia, free of foreign aid, by 2030. In 2017, we merged our charity with WE to save $1 million in overhead, thus leveraging our dollars to educate even more children. As part of the merger, we provided WE Charity with $10 million in cash and another $2.5 million to foster leadership programs and ensure seamless integration.

We appreciated their forward-looking perspective. They helped communities build and operate businesses of their own, setting them up for success without foreign aid. Earlier this year, WE was about to launch an innovative new Ethiopian coffee initiative as part of its social entrepreneurship program, whose profits would support local communities and fund international programs. But this was all derailed when Craig Kielburger fielded that now-famous call from the government, asking for WE’s help.

The government was already familiar with the inner workings of WE. Members of the Trudeau family had previously been paid to speak at WE events, and Finance Minister Bill Morneau had travelled to WE’s Ecuador operations. Clearly, these two leaders should have recused themselves from the approvals process and WE Charity should have considered the optics and consequences of not disclosing their paid speaker roster to the public well in advance. But those missteps do not justify the destruction of a charity that has done so much good work and inspired so many.

The Kielburgers, their thousands of volunteers, and their tireless employees were Canada’s best option to help impoverished children on a global scale. They deserve an apology from all parties, and they deserve to be brought back into the hearts and minds of Canadians.