The Conservatives don't show up for Pride, and that's a problem 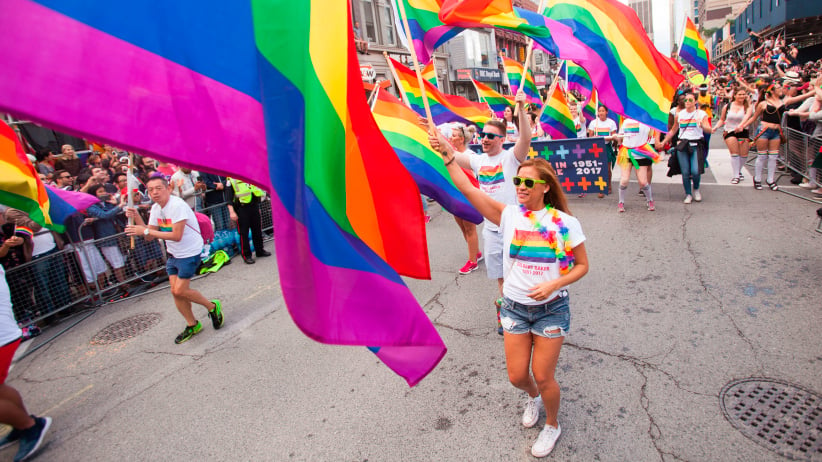 The Conservative Party of Canada has a gay problem. If I’d written that sentence even 20 years ago, readers would assume backbenchers had been caught scrumming in a men’s bathhouse. But times have changed, thankfully. In 1996, we amended the Human Rights Act to include sexual orientation. Seven years later, we began to legalize same-sex marriage, and two years after that it was legalized nationally.

Mercifully, Canadian values continually change. As a result, we now live in a nation where women can vote, Chinese immigrants don’t pay a head tax and Indigenous children are not sent to residential schools. Society evolves. Citizens adopt new values. Progress marches on.

Unless you’re a Conservative member of Parliament, in which case you can’t even march in Canada’s largest pride parade. The reason why is a bit of a mystery. The organizers didn’t ban them. The party knew about the event—it’s well publicized months in advance. Other politicians of all stripes, including provincial Tories, were there. So why didn’t Andrew Scheer’s MPs show up?

There is actually a very long tradition of conservative politicians getting the “gay flu” just before a pride parade. Just a few weeks earlier, in Alberta, both the leader of the Wildrose Party and the new Progressive Conservative Leader Jason Kenney were unable to attend Edmonton’s pride parade due to “other long-standing commitments.”

Those darn commitments always seem to pop up for the Conservatives. To be fair, some are brave enough to abandon the charade. Former leadership hopeful Brad Trost, for example, promised his supporters he’d never march in a pride parade. A member of his staff later explained this decision by saying, “Brad’s not entirely comfortable with the whole gay thing.”

If the Conservatives ever want to find their way back into power, then Trost and his colleagues are going to have to figure out a way to get comfortable with “the whole gay thing.”

This is not because the LGBTQ community in Canada makes up a sizable proportion of the electorate (although it does). It’s because a party that aspires to represent and lead Canadians must represent their values. And in this regard, the Tories are once again being left behind.

According to a recent poll by the Angus Reid Institute, 85 per cent of Canadians are willing to vote for a party that is led by a gay man; 84 per cent would accept a gay woman. This shouldn’t surprise anyone. Over the past 30 years, we have become one of the most progressive countries in the world on this issue.

Canadians are among the most open-minded about almost everything: race, religion, abortion, drug use, immigration and euthanasia. This is an indisputable fact that the Conservative party is eventually going to have to acknowledge.

Being the only party on the right of the political spectrum, the Tories can always count on some votes. The relatively large number of party members who supported social-conservative candidates like Trost and Scheer will not be in play during the next election. No matter what socks Trudeau dangles in front of them, they won’t vote Liberal. And no matter whom the NDP chooses as its leader, these voters will not go orange either.

Scheer will only find new votes among more moderate Canadians. Right now, this is an electoral front where the Liberals find themselves alone, commanding the battlefield. If the Conservatives are going to change that, they will have to ﬁnd issues, policies and candidates that appeal to those voters. In other words, their path to victory marches toward the centre, right down the middle of Yonge Street in Toronto, hand-in-hand with the LGBTQ community and the millions of Canadians who support them.

But Andrew Scheer and his colleagues should set aside the obvious political benefits of doing so and simply ask themselves what it means to be a Conservative. If they still imagine themselves to be the party that supports the rights of the individual and the need for less intrusive government, then a Canadian’s freedom to choose whom they love should be something Conservatives not only support but loudly and energetically champion.

Scott Gilmore is a member of the Conservative party, and is married to a Liberal cabinet member.