The entitlement of Canadian politicians

Pam Palmater: Privileged politicians who took pandemic vacations need to lose more than their official roles as ministers or critics. It is time to take a stand. 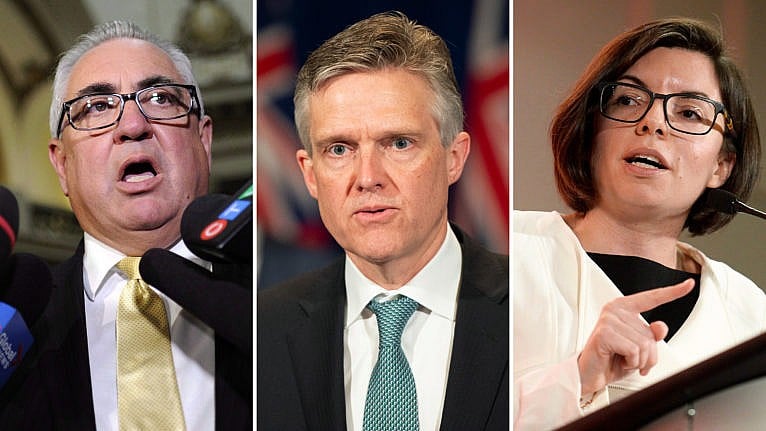 It is time to clean house in Canada.

While our political houses were never in good shape, this pandemic has shone a light on those who play politics versus those who lead in crisis. The sheer number of government officials at the federal and provincial level who thought they were above the pandemic rules should be a wake-up call for Canadians. Their actions showed not only the worst form of elitism and privilege, but endangered the lives of Canadians—the very people they were elected to serve.

Imagine the audacity of elected officials thinking that they should be exempt from travel restrictions during the height of this pandemic, simply because it is their child moving away; their parent that is sick; their vacation house that needs upkeep or their family that needs a holiday in Hawaii. Do they not think that Canadians would have loved to have travelled to be with family over the holidays or seen their dying parents in person instead of virtually? What makes these politicians any different from Canadians they serve?

The answer is entitlement.

Even now, the shock and awe that some of these politicians show at even the thought of being held accountable is astounding. While they may feign innocence with their weak excuses, it is very clear that they knew what they were doing was wrong. From failing to report travel to their superiors to making social media posts pretending to still be in Canada—these politicians need to lose more than their official roles as ministers or critics—they should all resign.

No, this is accountability culture and it is long overdue. Cancel culture is the dog whistle term used by those in power who don’t want to be held accountable for their words and actions—often related to racism, misogyny, homophobia or the abuse and exploitation of others. We’ve all seen the fall of people who had faked Indigenous identities to further their careers, eventually be called out on social media and had their shows or events cancelled. Elected officials have a legal and moral obligation to act in the best interests of those they represent and are therefore held to a higher standard—one that requires they at least follow their own rules.

Parties at the federal level typically serve until their party is drowning in scandal and then a new party is elected and serves until scandal forces them out. This has been on repeat for decades. Government institutions that are plagued with racism, misogyny, homophobia and even corruption, work hard to present the problem as a “few bad apples.” This allows the status quo to endure—one set of rules for the privileged and another for everyone else. This only works so long as Canadians accept it.

But this time, Canadians have been pushed too far.

READ: Is Ottawa both Jason Kenney’s benefactor and his political straw man?

Canadians brought in the New Year by trending #ResignKenney on Twitter. Calls for Alberta Premier Jason Kenney’s resignation did not just come from Kenney’s usual critics—or “urban zealots” as he likes to call them. Albertans of all political stripes have united around calls for Kenney to resign over his failure to account for Alberta politicians and his own senior staff travelling in breach of pandemic restrictions. Not only did Kenney know about the breach of pandemic restrictions, he failed to condemn their actions, at least until #ResignKenney started trending on Twitter. Now these same Alberta politicians and staffers are being held to account and not from leadership shown by Kenney, but from immense public pressure and demands for accountability in Alberta.

And Kenney isn’t the only offender.

In other provinces, the reaction has been mixed. Saskatchewan Premier Scott Moe allowed MLA Joe Hargrave to remain as Minister of Highways, despite his travel to Palm Springs—that is until his constituents pushed back on social media. Meanwhile, NDP MP Niki Ashton was stripped of her shadow critic duties for travelling to Greece and Ontario Finance Minister Rod Phillips, who faked his stay-at-home-holidays while on vacation in St. Barts, has resigned.

Wasn’t it Manitoba Premier Brian Pallister who snuck off to his Costa Rican villa just before pandemic measures? And of course, we can’t forget his unmasked convo with then Conservative Party leader Andrew Scheer in an airport last summer. The fact that there is any ambivalence at all about holding people to account for breaching pandemic measures shows how bad Canada’s political state of affairs has become. If leaders break the pandemic rules en masse, what moral authority do they have to call on citizens to do their part? Yet many of us did our part despite the lack of leadership on their part.

Ultimately, the choice is ours.

We can move forward into 2021 in the same way that we always have, where Canadians continue to pay the price for the privilege of politicians, or we can hold politicians and systems to account. But we are running out of time to take a stand. To no one’s surprise, the pandemic infection and death rates have increased in the last few months and in all the places it was predicted they would—long-term care homes, prisons, First Nations and racialized and impoverished communities. Disease experts told us that if we did not increase pandemic restrictions, numbers would increase, and they did. Yet, politicians of all stripes, who are elected to put the health, safety and well-being of Canadians first, have prioritized their own.

And the damage is done.

It is too late to re-do the holidays. Only time will tell how much of an impact holiday travel and gatherings in 2020 will have on COVID numbers in 2021. We know that at the beginning of January 2021, ICU numbers have already surpassed the 300 mark—an increase of 81 per cent in the last four weeks. While this was predicted, it did not have to be this way. Had Ontario Premier Doug Ford been clear about pandemic measures from the beginning and condemned those who did not follow the rules—like his own caucus member Sam Osterhoff who attended a large gathering where no one wore masks—we’d be in a different place. Instead, Ford’s response to Osterhoff was to accept his apology as if it was no big deal.

When elected politicians do not follow their own rules, there is little hope that citizens will. In an age of fake news and disinformation campaigns on social media, there is no room for privileged, entitled politicians. We need real leaders who will lead by example and hold themselves and those in their charge to account. Vaccines will not save us from irresponsible and unaccountable leaders. Vaccine uptake, like other pandemic measures, will depend in large part on leadership and accountability—which is sorely lacking right now. That is why accountability culture is so important right now—it is about Canadians taking steps to protect one another and save lives..

#ResignKenney #ResignFord #ResignMoe #ResignPallister and any other elected politician who doesn’t make our collective health, safety and well-being the priority.