The Weight Watchers app for children does everything wrong

Yoni Freedhoff: Weight-loss app Kurbo could increase the risk of eating disorders while eroding body image and self-esteem for children 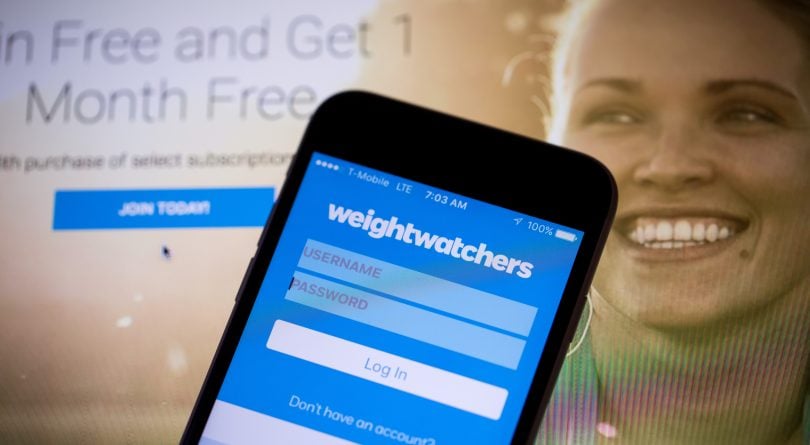 Yoni Freedhoff is an obesity expert, an associate professor of family medicine at the University of Ottawa and the medical director of the Bariatric Medical Institute.

Imagine that you are 8-years-old. Your parents just downloaded an app for you called Kurbo, Weight Watcher’s new weight-loss app for children. When you open it, you’re asked to pick between the following: eat healthier, lose weight, make parents happy, get stronger and fitter, have more energy, boost my confidence, or feel better in my clothes. You’re excited; maybe even encouraged. Maybe you were the one who asked your parents to download it.

After all, you’re a kid in the 99th body-mass-index (BMI) percentile and you’ve been relentlessly bullied about your weight at school. When you visited the Kurbo website it proclaimed that you could reach a healthier weight. You tap on “lose weight,” and because you’re so motivated, you next rank your confidence level as a nine out of 10. So what are your chances?

Not good, and that’s not a generalization.

According to Weight Watcher’s Chief Science Officer Gary Foster, Kurbo’s data on 1,120 enrolled Kurbo children, who were a mean age of 12 and in the 96.6th BMI percentile, saw them lose an average of less than a kilo over 21 weeks. It’s important too to point out that these results aren’t unique to Weight Watchers or the Kurbo app. When it comes to the treatment of childhood obesity, there has yet to be found a reproducible and powerfully efficacious program.

These are not surprising findings, especially when considering young kids who not in charge of their choices in dietary offerings. Outcomes of weight-loss programs for young children aren’t like the success stories advertised in Kurbo: A 14-year-old boy named Manny is reported to have lost 46 lbs, or 14-year-old Juliana, who lost 40 lbs and reduced her BMI percentile by 44 points. Also not mentioned in Weight Watchers’ Kurbo advertising is the long-term effectiveness of their adult programs. Two years after completing the program, the average Weight Watcher is well on their way to regaining the 7.7 to 13 lbs they lost their first year.

However, one can’t look down on Kurbo’s data. Any program that stops kids from gaining weight as they grow is laudable, and having kids ‘stretch’ into their weight is something many parents desire. But the real question is, at what cost?

Much of the criticism of Kurbo to date stems from considering that these children—despite the best of parental intentions—are now operating under the premise that thinking about their weight and restricting “red-light” foods will provide them with confidence and make their parents happy. In turn, the worry is the potential for Kurbo to increase children’s risk of developing eating disorders as well as its ability to erode their self-esteem, body image and relationship with food.

Whether this is a fair concern isn’t clear. It’s important to remember that Kurbo is not just an application. Trained coaches are there to presumably help steward children and their parents away from maladaptive thinking around weight and food. But what percentage of those who download the app will sign up for the coaching, which costs $69 a month? And what to make of an app where at least one small study revealed that only four per cent of users actually bothered to use its features to track more than 75 per cent of what they ate or did?

Maybe Weight Watchers is taking the tidal wave of criticism they’re receiving to heart. After revisiting Kurbo’s website, the message, “reach a healthier weight with Kurbo” is gone, and in its place is “eat healthier, move more, feel great.” Still, hover to the asterisked “results-not-typical” member stories and seven out of nine are about dramatic weight loss. So while Kurbo has changed its verbiage, it’s not changed its tune.

I asked Weight Watchers’ Chief Scientist Dr. Foster about the “results-not-typical” stories, and more pointedly, I wanted to know how Weight Watchers justified advertising these stories, considering their own data suggesting less than a kilo of weight lost per child.

According to Foster, focus groups of parents and children wanted to see weight-loss success stories, and Weight Watchers’ rationale for using them was to provide inspiration, which “qualitatively captures people’s attention,” he said. So too does the email message I received from Kurbo the day after I downloaded it: “Don’t wait. Join other Kurbo families to help your child succeed!” It writes. “Remember, 90 per cent of kids lower their BMI within three months with a Kurbo coach.”

Ultimately children aren’t in charge of their own lives; they’re passengers in their parents’ cars. There is a great deal of nutritional misinformation out there, as with Kurbo’s own reported outcomes. If parents are motivated and have the means to spend both time and money on changing their children’s lifestyles, I’d recommend that they—without their children—work with a registered dietitian on affecting small, sustainable changes to improve their family’s health as a whole.

And if a registered dietitian isn’t an option, parents might consider checking Ellyn Satter’s books, Your Child’s Weight: Helping Without Harming and Secrets of Feeding a Healthy Family, along with Marci Warhaft-Nadler’s The Body Image Survival Guide for Parents: Helping Toddlers, Tweens, and Teens Thrive, out of their local libraries.

Regardless of what road parents choose, I would argue that the most important ingredient in affecting and encouraging their children to embrace healthier lifestyles is to do so free from any talk or consideration of weight. This will protect children from any risk of disappointment if weight isn’t dramatically lost, and will prevent them from learning the poisonous message that scales are an accurate measure of health, happiness or success.