The permanent campaign: U.S. versus Canada

David Moscrop: If American elections were run under Canadian rules, would it make a difference in the quality or outcome of their races? 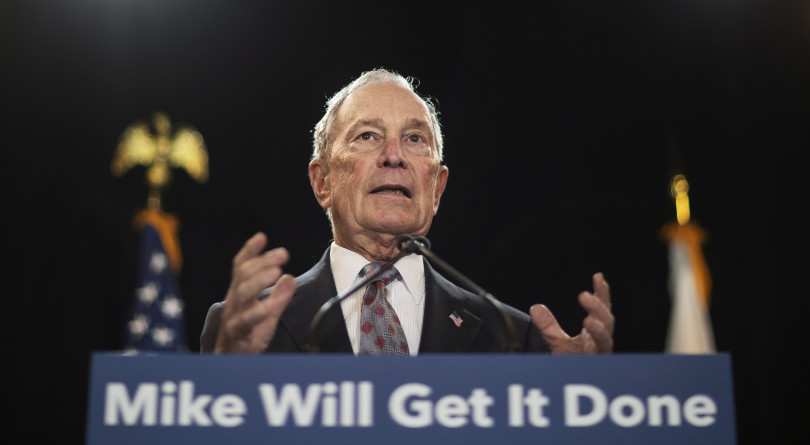 The United States presidential election is underway. It is always underway. The phenomenon known as the “permanent campaign” has been a conceptual feature of American political life since the 1970s, coming to include not only a president’s attention to public opinion with an eye to re-election for him or his party while he governs, but also to fundraising, sloganeering, framing, and whatever necessities are required to get or keep power. American politicians live the permanent campaign and so Americans must live the permanent election.

Canadian observers of the American electoral circus may be entertained, concerned, or despondent, perhaps comforted by the supposition that the permanent campaign cannot creep northwards into this country given critical differences between us and them. We have short and clearly defined official campaigns protected by the emergency valve of the confidence convention; here, we have the comparatively minuscule role of money in electoral life; we do not have primaries, we do have a multi-party system dominated by parties with extraordinarily control over their members and those who run under their banner.

In 2017, Anna Lennox Esselment argued that Canada was embracing the permanent campaign. “Every decision, every communication, every event is managed in order to win specific pockets of public approval,” she writes. She highlights two factors driving the Canadian iteration of the American phenomenon: first, a decline in partisanship among the public that necessitates efforts to reach and mobilize segments of the population. Second, electoral finance reforms—for instance, dropping the per vote party subsidy introduced in the Chrétien years while maintaining a ban on corporate and union donations that compel parties to shop around for individual contributions.

MORE: What made Nancy Pelosi go on a tear

The Trudeau government governs as if they are permanently campaigning. The Conservatives oppose as if they are locked in perpetual battle, too. The New Democrats might be doing the same, but it’s hard to tell what they are up to on any given day. But this Canadian activity is a pale imitation of the frenetic American system. That raises the question: If American elections were run under Canadian rules, would it make a difference in the quality or outcome of their races? Likely, it would.

Above all, the effect of money on American politics is pervasive and pernicious during elections and after them. Campaign contributions by extraordinarily wealthy donors, corporations, and well-heeled, spectral political action groups not only force politicians to continuously sing for their support, they also affect policy. In 2014, political scientists Martin Gilens and Benjamin Page found that the United States was, in effect, an oligarchy in which influential elites got the policies and laws they preferred and ordinary Americans did not. Canadian data is, as it tends to be, scarcer, but observation and the data we do have suggests that we fare better on this measure.

American presidential contenders must also worry about third-party challengers. In the 1992 presidential election, Ross Perot ran against Bill Clinton and George H.W. Bush. At one point in the race, Perot may have been the frontrunner; he finished the contest with nearly 19 per cent of the vote, which did Republicans no favours. Ralph Nader is remembered for his run in 2000. Democrats, erroneously, claim that Nader cost their candidate, Al Gore, the election. More recently, Howard Schultz made Democrats nervous with a light-roast third party bid that failed but could have caused Democrats trouble. Michael Bloomberg was a third-party hazard until joining the Democratic primary race and John Kasich was considered a possible outside—or inside—threat to the Republicans before rolling over and letting President Trump steam over him.

MORE: Behold Donald the Great, unconvicted and brimming with optimism

In Canada’s multi-party system, there are new challengers who arise and shake things up—think of the Bloc Quebecois or the Reform Party, each of whom had significant effects on electoral outcomes. But parties require concentrated support to win or significant distributed support to become a threat. No single individual—even a wealthy one—can present themselves as the threat during an election, becoming a spectacle and cajoling other contenders (though one might try to win the leadership of a mainstream party, as businessman Kevin O’Leary attempted to during the 2017 Conservative Party race).

The permanent campaign may also be a fixture in American politics because of a surfeit of democracy in the United States. A country that in some jurisdictions elects sheriffs and judges also holds presidential elections every four years, accompanied by a primary electoral process for each party, and midterm elections in the middle of a presidential term. In Canada, parties hold leadership conventions, but these affairs are much more low key than primaries and there are no intervening elections unless a seat or two needs to be filled in by election. The Canadian structure leaves more time to govern and less time to campaign.

National institutions shape national politics. The United States, once implausibly considered the beacon of democracy for the world, is suffering from an institutional decay. If they were to look north, Americans might not find electoral rules that guarantee perfection, but they would find a saner and more stable way of returning a government by and for the people.